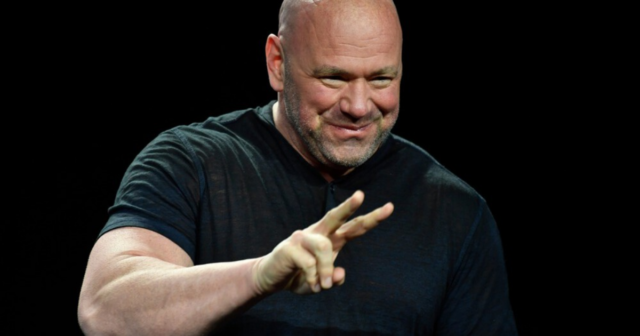 DANA WHITE has refused rule out signing Jake Paul to the UFC and vowed to end the verbal warfare between them.

The UFC president has been locked in an online spat with YouTube star Paul recently.

White was largely accused of underpaying his UFC stable, while he himself hit out at the American celebrity’s boxing record.

But if Conor McGregor’s crossover super-fight with Floyd Mayweather has taught the UFC boss anything, it is to ‘never say never’.

As a result, with Paul teasing a switch to MMA, White did not close the door on offering the American celebrity a UFC deal.

He said on the Nelk Boys’ podcast: “I don’t know. I don’t think that would ever happen, but listen – I never say never anymore.

“You know, I didn’t think Floyd and Conor, or that I would end up doing any of my guys against Floyd. Because that just makes absolutely no sense.”

Paul, 24, has knocked out and beaten two of White’s former fighters, Ben Askren, 37, and Tyron Woodley, 39.

Ex-UFC champion Woodley initially lost on points in August but was KO’d in their December rematch.

As a result, White has mocked the social media sensation for failing to fight an opponent who has boxed professionally before.

But White refuted the accusation and offered to be tested for the recreational drug over a TEN YEAR period.

In return, he asked to drug test Paul for two years, accusing the 5-0 prizefighter of using steroids.

Paul later hit back and denied the allegations and agreed to be tested by United States Anti Doping Agency – the UFC’s drug testing partners.

White admitted during his interview with Canadian prank group Nelk Boys that it would be the final time he addresses Paul.

He said: “Well it’s not that he doesn’t have my respect.

“And you know what? To be honest with you, I’ll tell you right here right now, this is the last time you will hear me talk about him.

“I’m done with it. I put out the challenge, he said, ‘You do coke’, I said, ‘I think you use performance enhancing drugs’, he never responded to it.

“So fire away kid, do your thing. I’m sitting here arguing with this kid who doesn’t even fight for me, and is never going to fight for me.

“So what’s the point with him and I going back and forth with each other?”

Jake Paul has teased a switch to MMA
In this article:danawhite, hasbeen, jakepaul