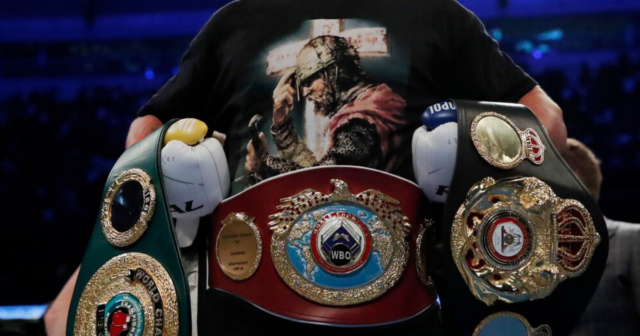 MIKHAIL USYK is much happier now his dad is heavyweight champion of the world — and back on the school run.

Ice-cool Oleksandr revealed ahead of Saturday night’s masterclass win over Anthony Joshua he was more worried about his six-year-old son’s nervous start to education than the Brit powerhouse.

And the new WBA, IBF and WBO king told SunSport, despite a few cuts and bruises, he is already back on drop-off duty after schooling AJ at Tottenham.

Dad-of-three Usyk said: “My son goes to school more willingly now because I’ve arrived home and I’m taking him there.

“But, as far as I’m concerned, none of my kids boasts that their dad is world champion. And, honestly, I’m happy about that.”

Joshua has lifted British boxing up by the bootstraps, leaving almost everyone in the industry, including Tyson Fury, gutted by his loss.

But it is still hard to find a single retired or active fighter, pundit, promoter or fan who agreed with his gameplan to outbox the gifted technician.

Even as the rounds slipped away from him, none of AJ’s three-man coaching team ordered him to step on the gas to save his titles, leaving him to limp towards the judges’ unanimous decision.

But Usyk defended Team AJ, explaining: “I don’t think he was boxing safe and hoped that the judges would help him somehow due to the home-soil factor.

“There are many reasons why his team didn’t tell him about a KO.

“When you’re trying to focus too much on knockout, it simply doesn’t happen most of the time.

“Whether he thought about the judges or not — I guess that’s his deal.”

Usyk and AJ both won Olympic gold at London 2012 and are brilliant ambassadors for the sport.

The build-up was typically decent but the mercurial leftie made it very clear that he saw AJ as a normal boxer with nothing to frighten him.

And that should ring alarm bells for AJ who has snapped up an immediate rematch, planned for March, especially as the new king is already making improvements.

When reminded of his assessment, Usyk added: “I stand by what I said.

“It just depends on his efforts and his team. The same goes for us — and we will try our best to progress and become stronger.” 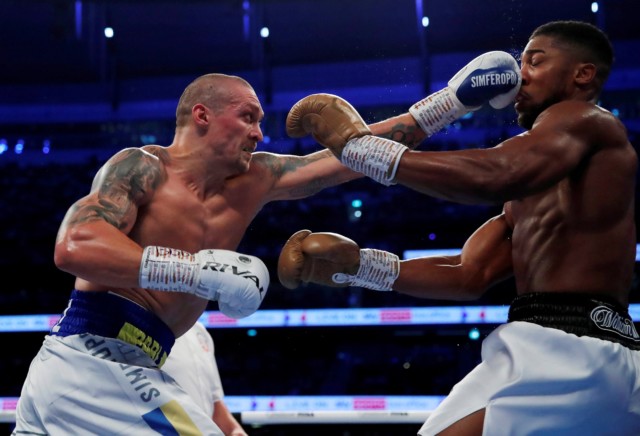 Usyk put on a boxing clinic to beat Joshua on points 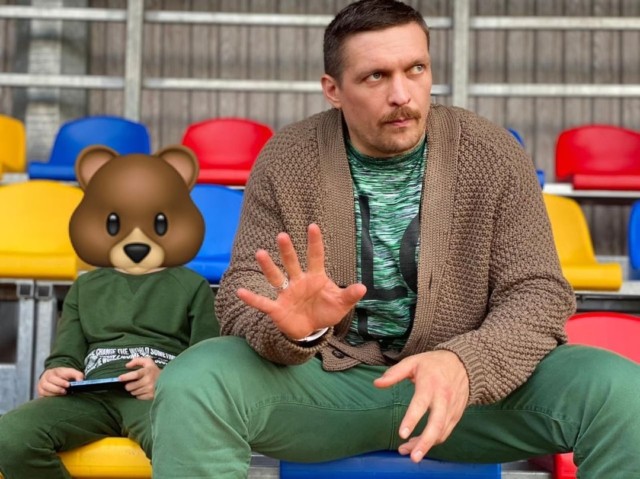 Usyk was more worried about his son’s day at school than the threat possessed by Joshua
Advertisement. Scroll to continue reading.
In this article: