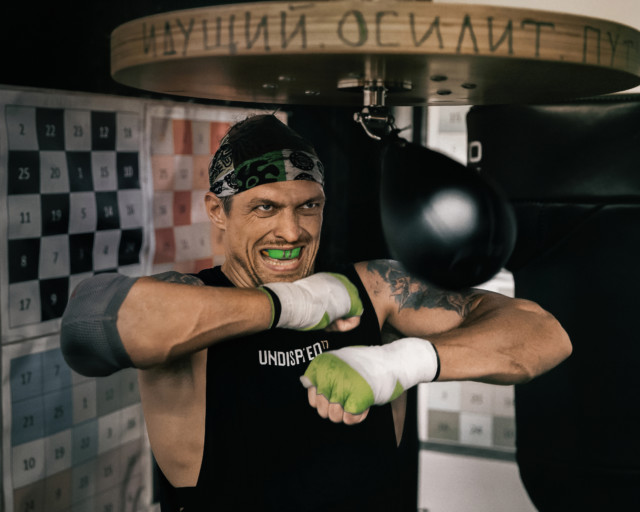 OLEKSANDR USYK favours a fight with Anthony Joshua over Tyson Fury, but warned: ‘They can’t get away from me anyway’. 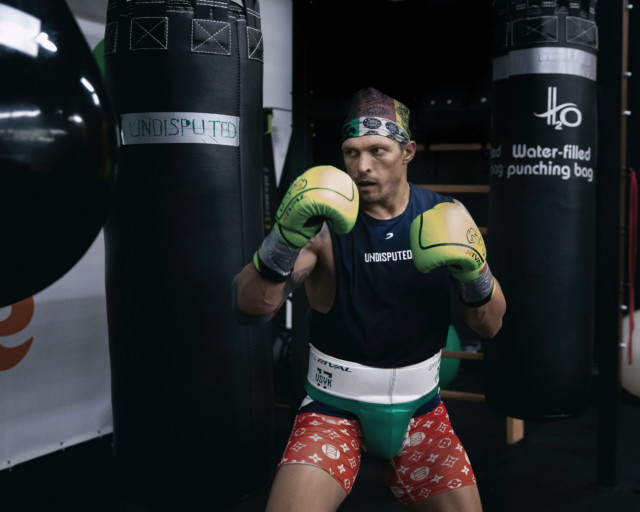 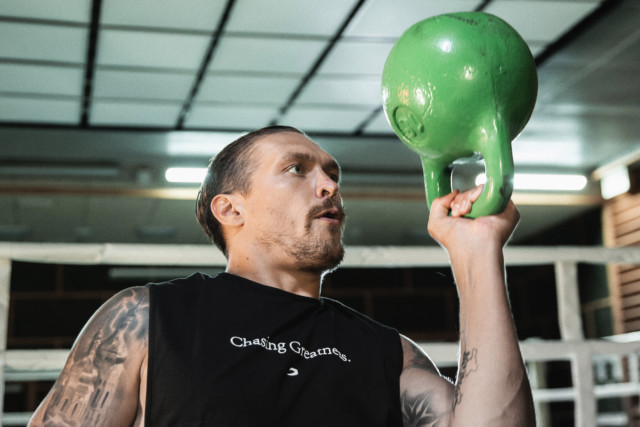 Usyk preparing for his heavyweight headliner against Dereck Chisora

It could delay any hope of Usyk – Joshua’s WBO mandatory challenger – challenging for the world title.

But the masterful Ukrainian is happy to either wait for the outcome of AJ and Fury’s potential double header or challenge for the vacant belt.

The 33-year-old is adamant that regardless, he will fight the pair – but prefers to face WBA, IBF and WBO champ Joshua, as he has more to offer.

Usyk told SunSport: “I am not worried about it at all. I will be waiting as long as heaven needs.

“They can fight as much as they would like to, but let AJ vacate the belt. They can’t get away from me anyway!

“I would choose Anthony Joshua because he has got more belts. I desire to become the absolute world heavyweight champion.”

Usyk, who reigned as the undisputed cruiserweight king, will fight for the second time at heavyweight when he travels to London this Saturday to headline against Dereck Chisora.

The BOXRAW sponsored star – who won gold at the 2012 Olympics – beat Chazz Witherspoon in round seven of his heavyweight debut in October 2019. 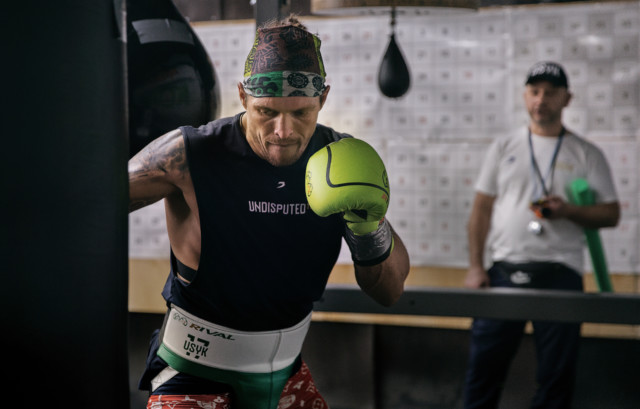 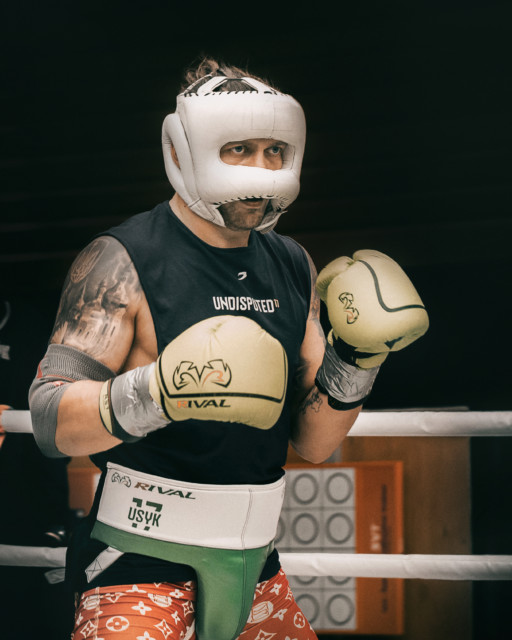 Usyk pictured sparring ahead of his ring return 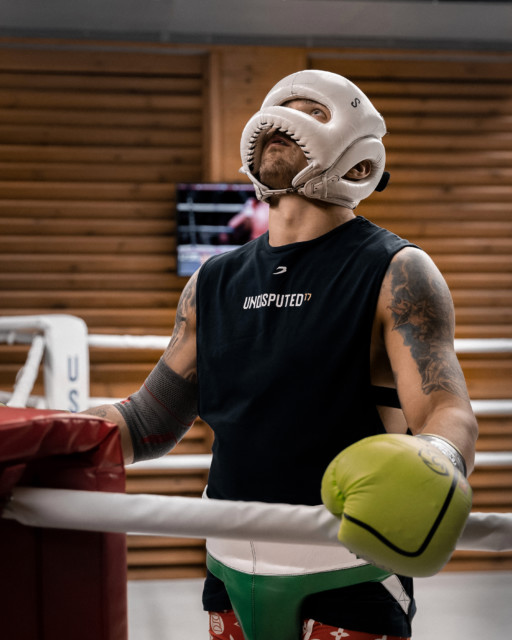 Usyk will fight in the heavyweight division for the second time

Usyk, 17-0 as a pro, had just vacated the cruiserweight titles off the back of a knockout win against Chisora’s old friend Tony Bellew in Manchester a year prior.

He will hope for an equally triumphant result when he returns to the UK, but insisted he is feeling no pressure to match his KO performance.

Usyk explained: “I do not aim to knock out when I get into the ring.

“A knockout is something that walks by itself like an uninvited guest.

“Anything can happen not only at heavyweight but in boxing.”

Usyk tipped the scales at 15.3 stone against Witherspoon, only 13lb heavier than before beating Bellew. 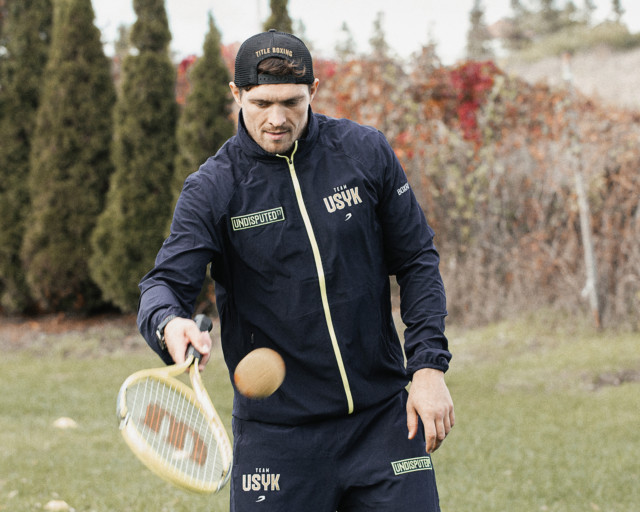 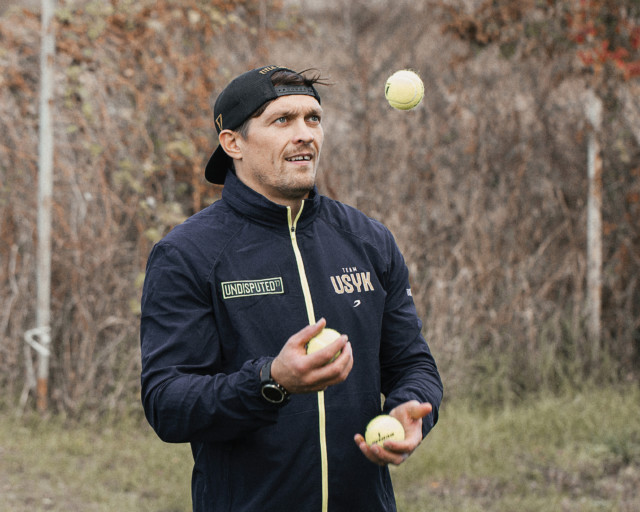 The southpaw star is the WBO No1 ranked heavyweight challenger 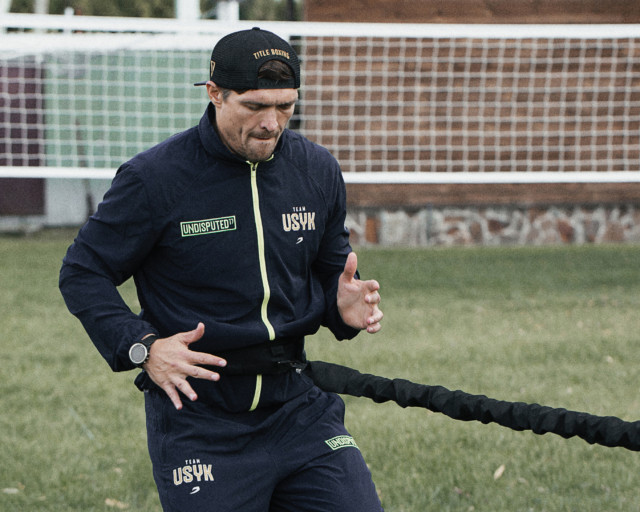 Usyk is unbeaten in his 17 pro fights

The weight deficiency between cruiserweight and heavyweight has led to the WBC working on another division between the two.

And Usyk is open to starring in the new weight class, which would be the 18th in boxing.

He said: “That is great. Yes, I will be interested.”

When Usyk sent Bellew crashing to the canvas with a left hook two years ago, he fulfilled the prediction made by his friend and countryman Vasiliy Lomachenko.

Lomachenko would go on to win unified lightweight titles as well as rising to boxing’s pound-for-pound No1.

But the 32-year-old’s cloak of invincibility was suddenly gone after Teofimo Lopez stunned the three-weight champion. 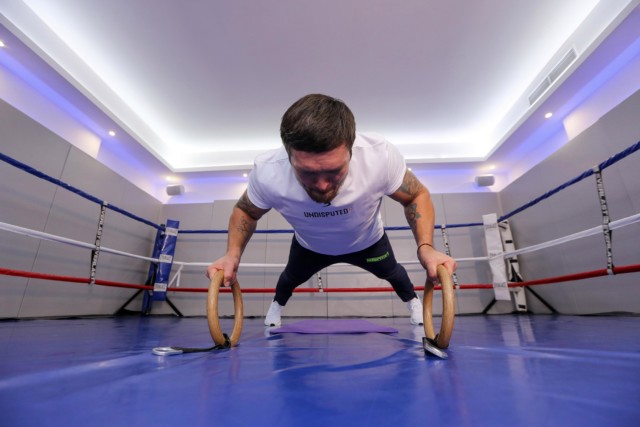 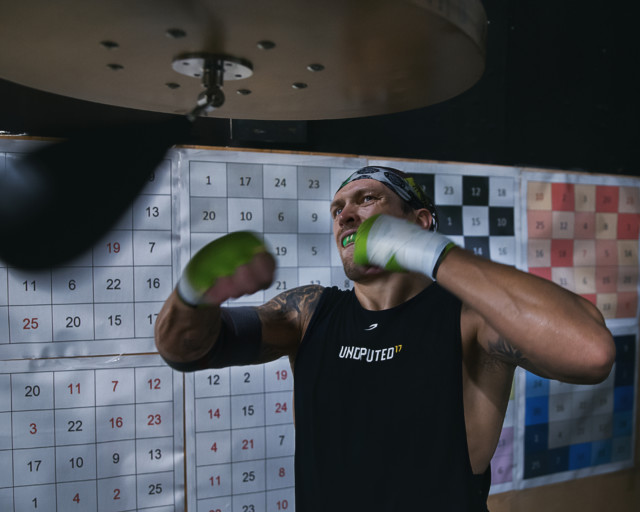 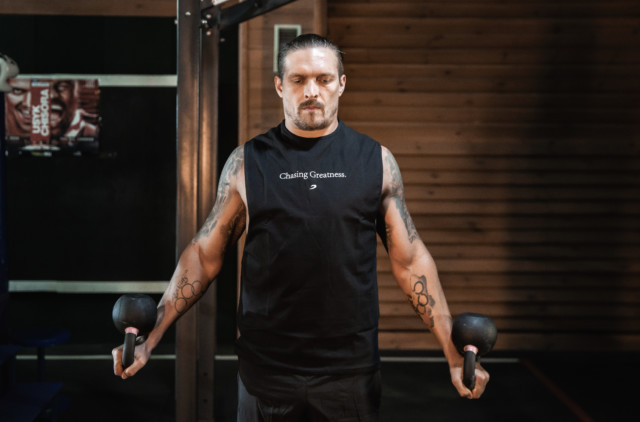 Lopez, 23, put on a masterclass this month, much to the disbelieve of doubters, and emerged as America’s next breakout star.

But Lomachenko then revealed he suffered a shoulder injury during training, and ignored calls from his father and trainer Anatoly to pull out.

His team later released footage and pictures of the double Olympic gold medalist receiving an operation.

Lomachenko did not have a rematch clause in his contract, but Usyk has backed his pal to enact revenge on Lopez and bounce back.

He said: “Vasiliy is a great champion and for me he is still the grand champion.

“He will definitely bounce back and he will get a rematch.” 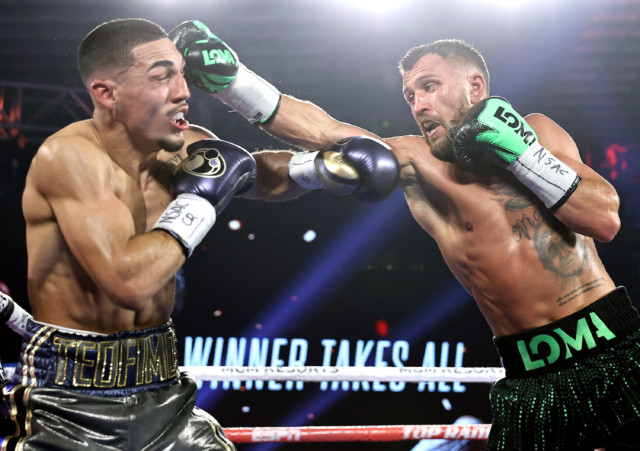 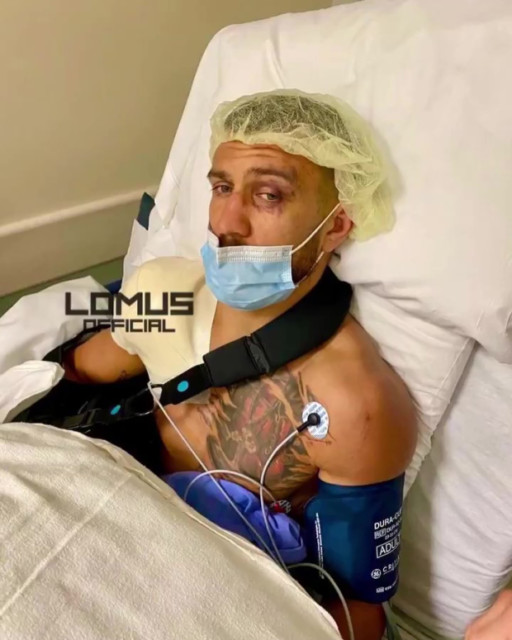