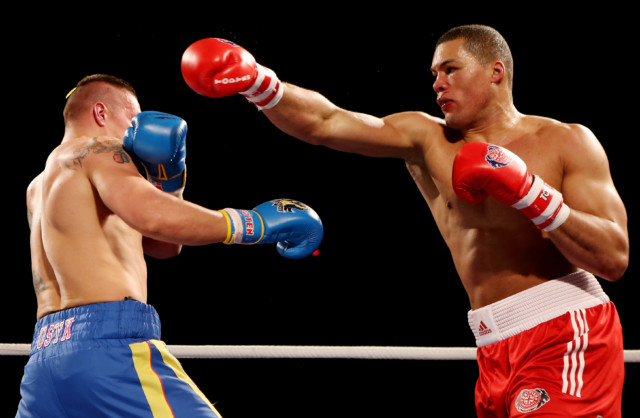 OLEKSANDR USYK has told heavyweight rival Joe Joyce he will fight him on Mars in a typically hilarious tweet.

The 34-year-old Ukrainian, who is known for his sharp wit, is expected to face Briton Joyce later this year.

My friend I am ready to continue teaching you boxing even on Mars I hope you have improved since the last time our meeting
Miss you too https://t.co/U1E3RwLoo5 pic.twitter.com/ZsLYdlyo87

Usyk and Joyce were rivals in the amateurs and fought over five rounds in the World Series of Boxing eight years ago.

And they could be set to clash for the WBO world title if the winner of Anthony Joshua v Tyson Fury vacates the belt.

This is because AJ and Fury will be contracted to rematch once another, something that will not be possible with the WBO strap on the line as Usyk is the mandatory challenger.

As talk of a fight between Joyce and Usyk hot up, the Brit nudged the 2012 Olympic gold medalist on social media.

He said: “Ah your alive, you couldn’t fill a bath in Kiev let alone a stadium, see you in the UK very soon. PS I miss you.”

Usyk then replied on Twitter by saying: “My friend I am ready to continue teaching you boxing even on Mars. 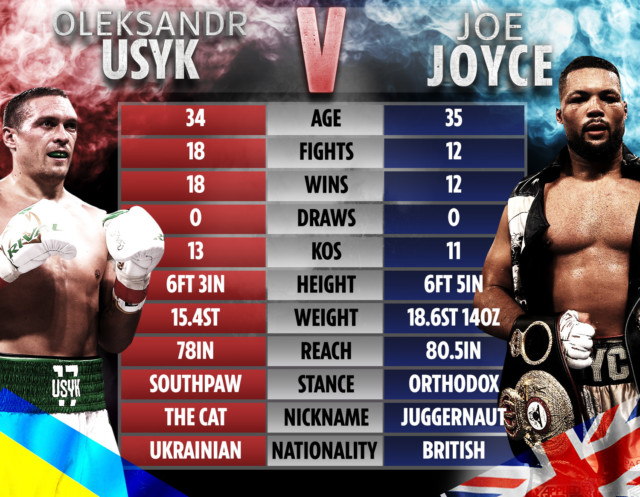 “I hope you have improved since the last time our meeting. Miss you too.”

Usyk, who showed himself training against two men earlier this week, is undefeated in 18 fights since turning pro.

He moved up to heavyweight after becoming undisputed cruiserweight champion in 2018 and has already produced a statement win in the division against Britain’s Dereck Chisora.

Meanwhile, Joyce also boasts a perfect pro record of 12-0 and earned his biggest victory in November of last year against Daniel Dubois.