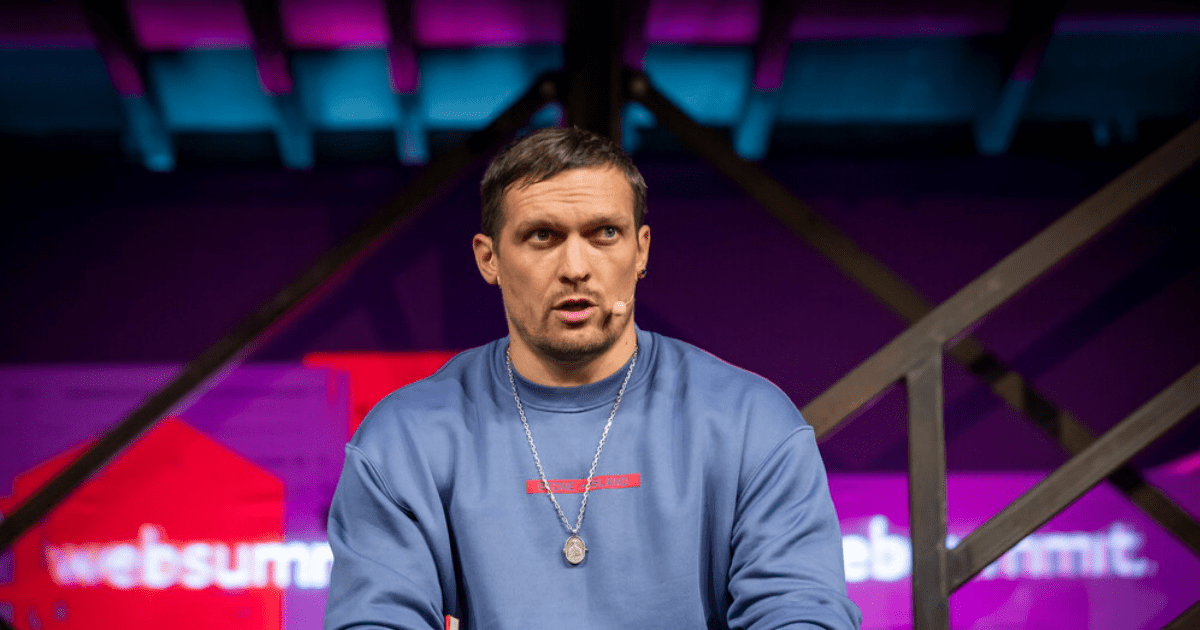 TYSON FURY has been given a taste of his own medicine after being handed a deadline to sign a contract for a fight against Oleksandr Usyk.

The Gypsy King called off a December bout with Anthony Joshua after claiming AJ didn’t sign off the showdown in time.

Fury is due to fight Derek Chisora on December 3

And now unified heavyweight champ Usyk, 35, is setting deadlines of his own to the “unpredictable” Fury.

The Ukrainian has said the fight must happen before March 4 otherwise it will have to wait until later in the year.

Usyk is a devout Orthodox Christian and fasts over the Easter period – so a fight after March 4 in the run up to the festival is off the cards.

Orthodox Christians will celebrate Easter 2023 on April 16, so a bout in the weeks immediately after that date isn’t a possibility either.

But a mouthwatering undisputed clash before March 4 could be a tight turnaround for Fury, who faces Derek Chisora on December 3.

Speaking at the Web Summit in Lisbon, Usyk told PA: “Right now my team is in conversations with Tyson Fury, and he is a really unpredictable person, so we can’t guarantee when.

“For me, the idea would be to fight maybe early February or the beginning of March, like March 4, because I am an orthodox Christian.

“During the great fasting before Easter I do not fight, so it should be all before or then after orthodox Easter.”

Usyk has ruled out the prospect of facing someone other than Fury next, claiming the quest for undisputed heavyweight glory is the only thing on his mind.

He also revealed that war-torn Ukraine could potentially host the showdown, but Saudi Arabia remains a more likely destination.

“For me, I would really like to fight in Ukraine. The country is really capable of hosting this kind of fight.

“I would be really happy to see it happen in the Olympic Arena in Ukraine. But it is not me who chooses the venue so I guess it will (this time) be Saudi Arabia.”

Usyk also aimed a dig at Fury for taking on old rival Chisora for a third time later this year.

He declared: “I don’t know why he needs this fight.”

“Maybe he thinks because it would be one year without a fight, now he needs it. I think it is some manoeuvre because I don’t know why he needs this.”

Boxing is one, if not the oldest, sport in existence. But boxing only recently became more popular. Boxing is an art that sees two fighters compete in a fight. They punch one another until one falls.

It is important to decide if you like boxing before you can start training to become a fighter. Check out some YouTube fights to get a feel for what it is like to hit someone. After you have decided if you are interested in boxing, you can choose the style of fighting that you like.

Boxing is the oldest known martial art. China recorded the first boxing match in 2200 BC. For thousands of years, boxing has been practiced. Today, boxing is still popular among athletes and celebrities. Boxing takes 10 months to master.

It is difficult to learn boxing because there are so many movements. Each movement requires a specific set of muscles to work properly. These muscles take time to build.

After you learn how to move your own body, you can practice any type of boxing. And over time, you’ll become more skilled at each technique.

Always defend your head when you’re being attacked. You want to avoid being punched. To do this, you will need to learn how to prevent an incoming punch. Here’s what you need to do:

Boxing is one the oldest martial arts known. Boxing can also be considered to one of hardest sports to perform. You cannot just punch someone in his face and then knock him out. You must know how to defend yourself from punches and kicks.

First, find a gym that offers boxing. Once you’ve found the right place to train, it’s time to purchase gloves and a headgear. Gloves protect your hands and the headgear your head. Also, you will need to wear shorts with a T-shirt.

Once you’ve got all your equipment, you’ll need to warm up properly. Start slowly and work your way up gradually to full speed. If you feel ready, get on the bag and start sparring with another boxer. Don’t worry if you miss. It doesn’t matter if you fail, just keep trying until you succeed.

The goal of learning boxing is to improve your physical fitness level and develop self confidence. Boxing is one of the most popular sports in the world. It requires strength, speed, agility, stamina, coordination, balance, power and accuracy.

There are many kinds of boxing programs. Some are held at health clubs or gyms, while others can be done at home. Online courses are available that you can access anywhere in the world.

Advanced programs can last up to six months, and usually cost about $300. They may include nutritional advice, stretching, warm-up exercises and instruction on proper technique. Some programs offer resistance training (such lifting weights) as well as aerobic conditioning (such running).

Did you miss our previous article…
https://www.sportingexcitement.com/boxing/jake-paul-backed-to-beat-nate-diaz-by-ufc-legend-michael-bisping-who-laughs-off-youtubers-callout-of-canelo-alvarez/