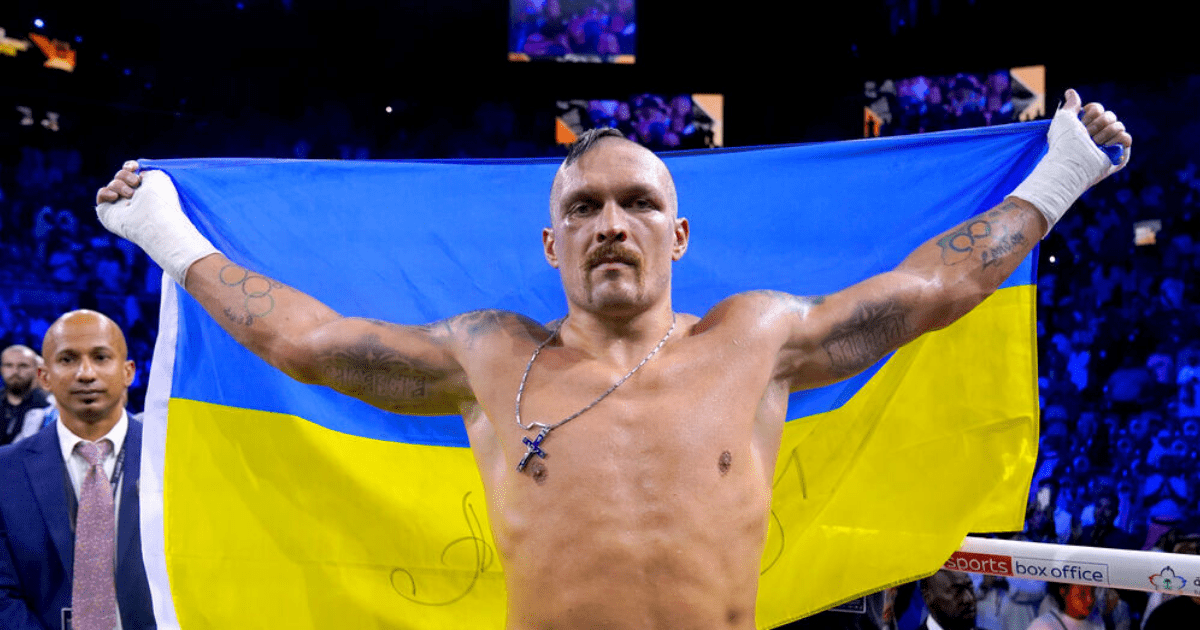 OLEKSANDR USYK has revealed his plans for retirement – but wants to fight Tyson Fury and Canelo Alvarez first.

Usyk declared via his Usyk-17 promotion company that he will hang up his gloves after a maximum of three more fights as he does not intend to keep fighting once he passes his peak.

Oleksandr Usyk has confirmed he will retire after three more fights 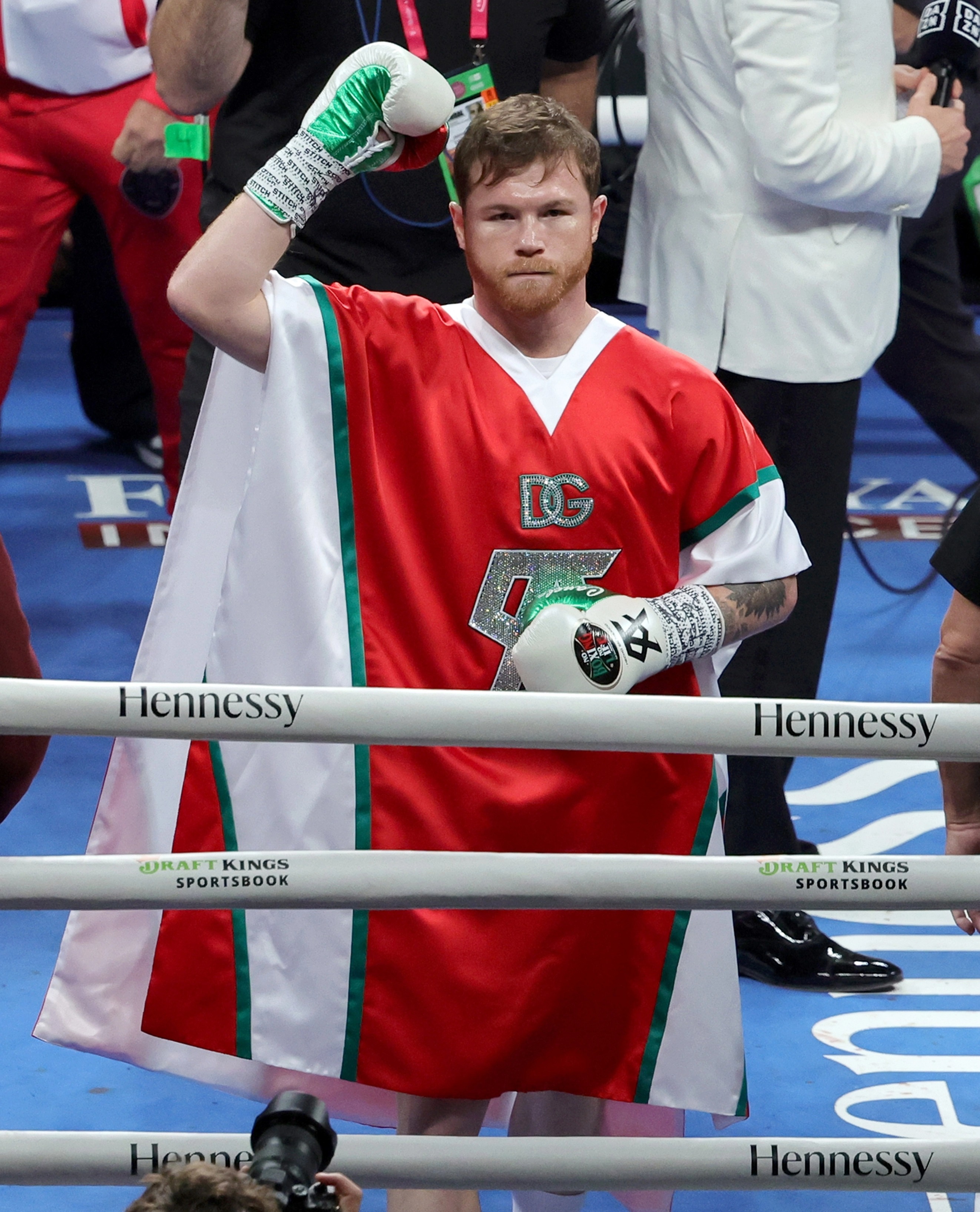 And the Ukrainian superstar stated that a dream match with Fury is among his priorities.

The 35-year-old would also like to lock horns with Canelo Alvarez before a farewell bout in Ukraine.

He said: “I can have three more fights at the very most.

“It is the most realistic to be in my top form. With Fury, Canelo and a farewell fight at Olympiyskiy.

“With Canelo he said that he wanted to fight me. It would be a freak fight just for the sake of earning money.

“I only need to beat Fury and then it is time to retire for me. The unification of all the belts is much more important than just a fight or another defence.

“I want to outbox Fury and I don’t want to work that much just for another defence. There is much more that I can achieve.”

The undefeated heavyweight extended his streak to 20 victories after overcoming Anthony Joshua for the second consecutive time in Saudi Arabia earlier this year.

Usyk has since been linked with a dream match with Fury, who seems set to come out of his own retirement.

The Gypsy King, who is also still undefeated, is expected to take on the Ukrainian at some point.

But Usyk is first eyeing a bout against Deontay Wilder, who lost two out of three fights to British superstar Fury.

Alvarez, on the other hand, emerged victorious out of last week’s trilogy bout with Gennady Golovkin.

The Mexican star boosted his record to 58 wins in 62 fights, of which he has lost two.

A fight with Alvarez would see them meet somewhere in the middle on weight, with the Mexican having gone up to light-heavyweight twice in the past and Usyk making his name at cruiserweight.

Meanwhile, Fury is closing in on a fight with Joshua on December 3, with official confirmation seemingly all that remains for the ‘Battle of Britain’ to take place.

The two heavyweights have agreed a 60-40 split purse in the Gypsy King’s favour, with AJ’s stock at an all-time low after losing twice to Usyk.

A punch can be defined as “a blow delivered with a fist”. A punch can only be taken once per person. If someone punches you in the face you are being punched. You cannot hit him/her back. That would mean two punches.So, technically speaking, humans can only take one punch at a time!

Boxing is associated with many health benefits. Boxing builds strong bones and muscles. It improves your coordination and reflexes. It strengthens your heart, lungs and other vital organs. Boxing doesn’t need any special equipment. You can use almost anything around your home.

There are many online places where you can purchase boxing equipment. Amazon, eBay. Walmart. Target. and Sports Authority are just a few of the many places you can buy boxing equipment online. Ross and TJ Maxx offer great deals on boxing gear at a fraction of the cost.

Learning boxing takes around 3 months. This includes learning the basics, such as footwork, stance, and balance. Remember that boxing is more than just throwing punches. It is important to know how to dodge and block attacks.

Boxing is one among the oldest sports. However, boxing has become very popular in recent years. Two fighters are matched up in boxing. They punch each others until one loses.

The first step towards becoming a boxer is to find out if you like boxing. You can view some fights on YouTube to experience what it’s like to punch someone. After you have decided whether or not you want to be a boxer you will need to decide which type of fighting you prefer.

Boxing is the most loved sport in the world. It is a fight between two opponents. There are different rules for boxing, and they vary from one country to the next. In general, there are three types of boxing; Amateur, Professional and Olympic boxing.

Amateur boxing is often practiced at school, college, or university. This type includes sparring sessions using padded gloves, but without protection. Amateur boxing contests are usually three rounds in length, lasting five minutes each. Amateur boxing can be done in many styles, including Kickboxing and Muay Thai, Taekwondo or Karate, Judo, Wrestling, and Muay Thai.

Boxing is typically practiced in clubs, stadiums or gyms. They have protective equipment such as mouthpieces. Professional boxing contests last six rounds and last for four minutes each. There are many different types of professional Boxing such as Boxing, MMA, Kickboxing, Muay Thai or Taekwondo.

Olympic boxing is performed at the Olympics. Boxers are required to wear international standards-compliant protective gear. The competition lasts for eight rounds, each lasting three minutes. Only two types of Olympic boxing are available: Light Flyweight or Heavyweight.

There are seven types: Left Hook (right hook), Right Hook (uppercut), Cross (cross), Straight, Overhand, Underhand. Each punch is unique. Some punches are more powerful than others. For example, an uppercut requires great force. A straight punch, on the other hand requires less power and is quicker than other punches.

A boxer uses his body to protect himself against attacks. He does this by using his legs.

A boxer must use his legs to defend against kicks. He raises his leg when he is hit with a kick and then moves away from the opponent. To avoid being kicked in the side, he bends down if the attacker attacks from the front. If the attack comes from behind, however, he can stand straight up and block the kick by his foot.

A boxer should take control of an attack and respond with counter-attacks. This will help him gain distance from his opponent. A boxer must also maintain his balance when responding to an opponent’s counter-attack.

Boxing is only possible if a boxer has a clear stance. His stance determines how he defends himself. It determines his position and the direction he will face. Boxers can take many different stances. Here are some of the most common ones: