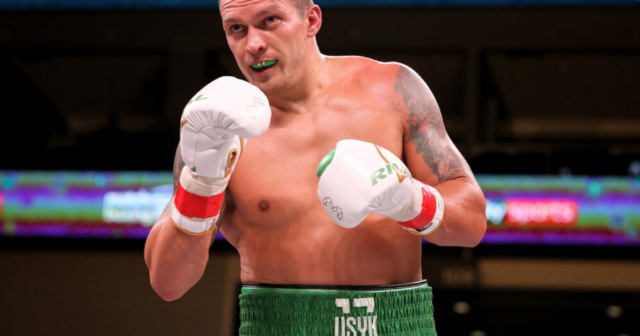 ANTHONY JOSHUA faces the incredibly daunting task of trying to beat Oleksandr Usyk at the Tottenham Hotspur Stadium on September 25.

And the challenge becomes even harder for the Brit when you look at the Ukranian’s sublime record in major bouts on the road.

Usyk has not lost in his professional career

Usyk travelled to Poland to win the WBO cruiserweight title against Krzysztof Glowacki, before defending the belt against American Michael Hunter in Maryland.

Another defence against Marco Huck in Germany followed and he then raised the stakes by unifying in Latvia with a win over Mairis Briedis.

After just 14 professional fights, the Olympic gold medallist then became undisputed cruiserweight champion with a victory over Murat Gassiev in Moscow.

His final fight before moving up to heavyweight came against Britain’s Tony Bellew in 2018 when he knocked the Liverpudlian out at The 02 Arena.

Then in his first big heavyweight clash last year, Usyk beat Derek Chisora on points to retain his status as WBO mandatory challenger to Joshua’s strap.

Now AJ will hope to do what no man has managed to do against Usyk and defend his belt in his own back yard.

But the unified champ is not worried about what the 18-0 former undisputed cruiserweight king brings to the table.

He told Sky Sports: “None. I fear none of them. He don’t bring me nothing I ain’t seen before. 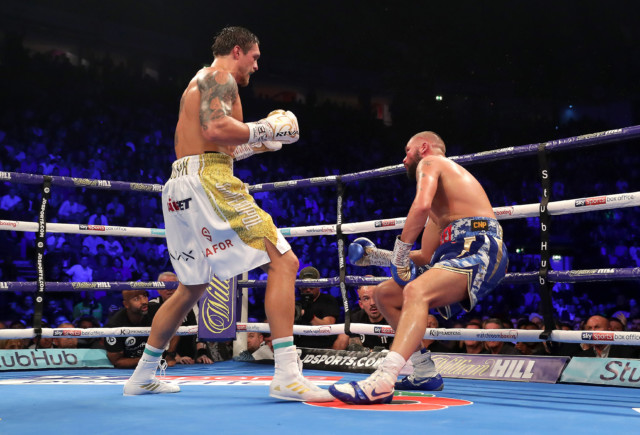 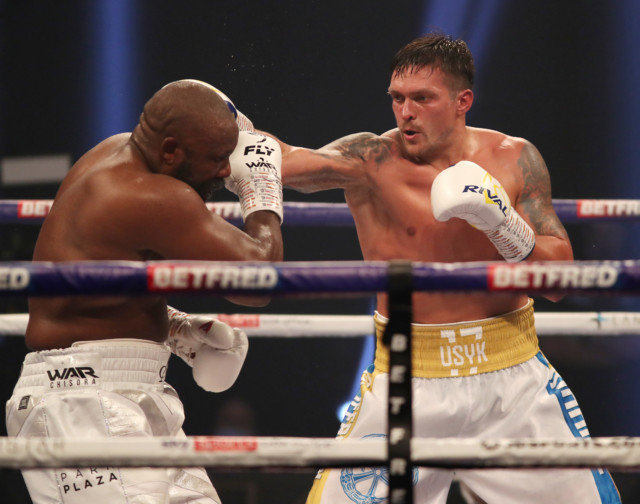 I'm coming for you! pic.twitter.com/uWs8fkUbps

“He’s a good fighter, I’m challenging myself in training. So yeah, let’s get it on.”

Meanwhile, Usyk sent a chilling message to Joshua after the fight was confirmed on Tuesday.

Alongside a photo of him holding the signed contract, he simply added: “I’m coming for you!”

But Joshua has remained supremely confident throughout the negotiations and appeared totally assured when the bout was announced.

“September 25, Tottenham Hotspur Stadium, I put it all on the line again and it’s time to defend my crown,” he said.