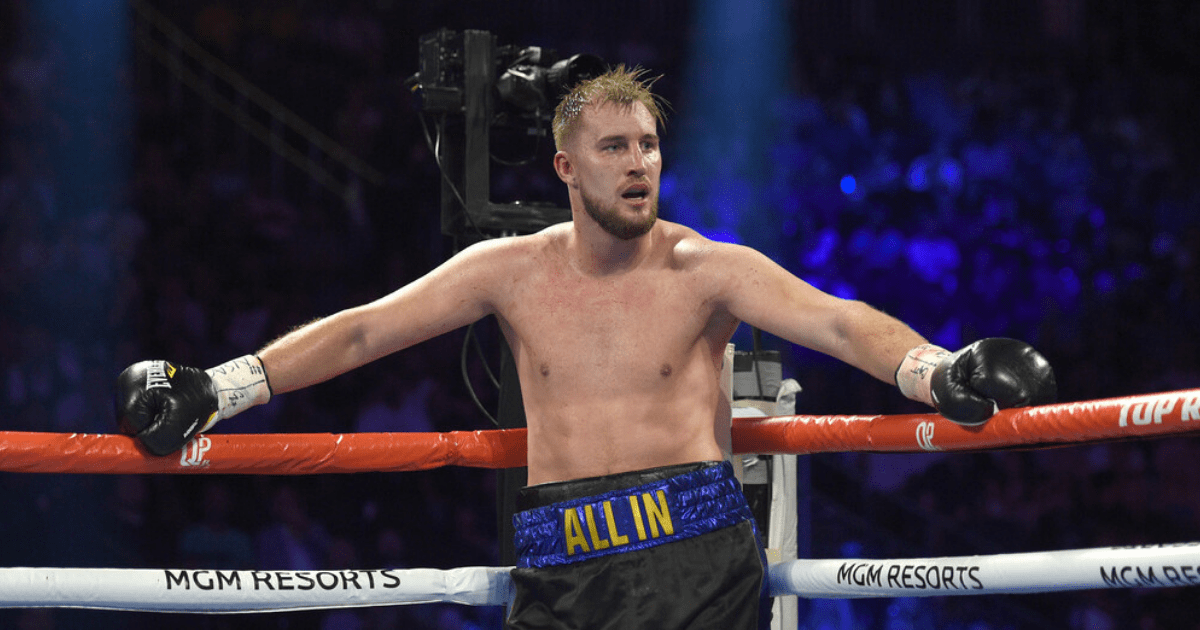 AJ and Hearn are plotting their next step after the two-time heavyweight champion took some time away from the ring.

A rematch with Dillian Whyte has been mentioned while a super-fight with Deontay Wilder remains on the cards.

Franklin’s promoter Dmitriy Salita took trip to the UK as a chance to pitch his other client, Wallin, as an alternate option for AJ.

Salita told SunSport: “I had discussions with Eddie about Otto for a significant amount of time and as late as last week.

“From what I understand it’s really up to AJ. I believe he wants to place himself back in the heavyweight picture.

“Both Otto and AJ want a shot at Fury. By the numbers Otto landed more punches on Fury then anyone else ever.

“I believe the winner of that fight will have legitimate claim to challenge Fury probably after his fight with Oleksandr Usyk.”

Joshua, 33, is expected to return in March and Hearn is in the process of matching him with an opponent.

But after Whyte’s unconvincing win over Franklin, ex-world champion Salita wants to see the pair rematch.

And it would free up Swedish southpaw Wallin to welcome Joshua back to the ring.

“A fight with Joshua would be something like Roy Jones vs Mike Tyson or Floyd Mayweather vs Conor McGregor, big names but not much behind it at this point.

“Even if it’s not against Jermaine, Whyte needs an impressive showing against someone credible to show that he still got the skills to pay the bills at an elite heavyweight level.

“Otto Wallin on the other hand gave Tyson Fury the hardest fight of his career landing more punches then Wladimir Klitchko and Deontay Wilder 1 put together.

“He had four wins after that including Dominic Breazeale and Travis Kauffman both credible at time of his victory.

“Otto is No3 in the WBO and is a bonafide top heavyweight in the world.

“There have been lots of big names thrown around with Joshua including Tyson and Wilder.

“How serious that is will depend on who he fights next.” 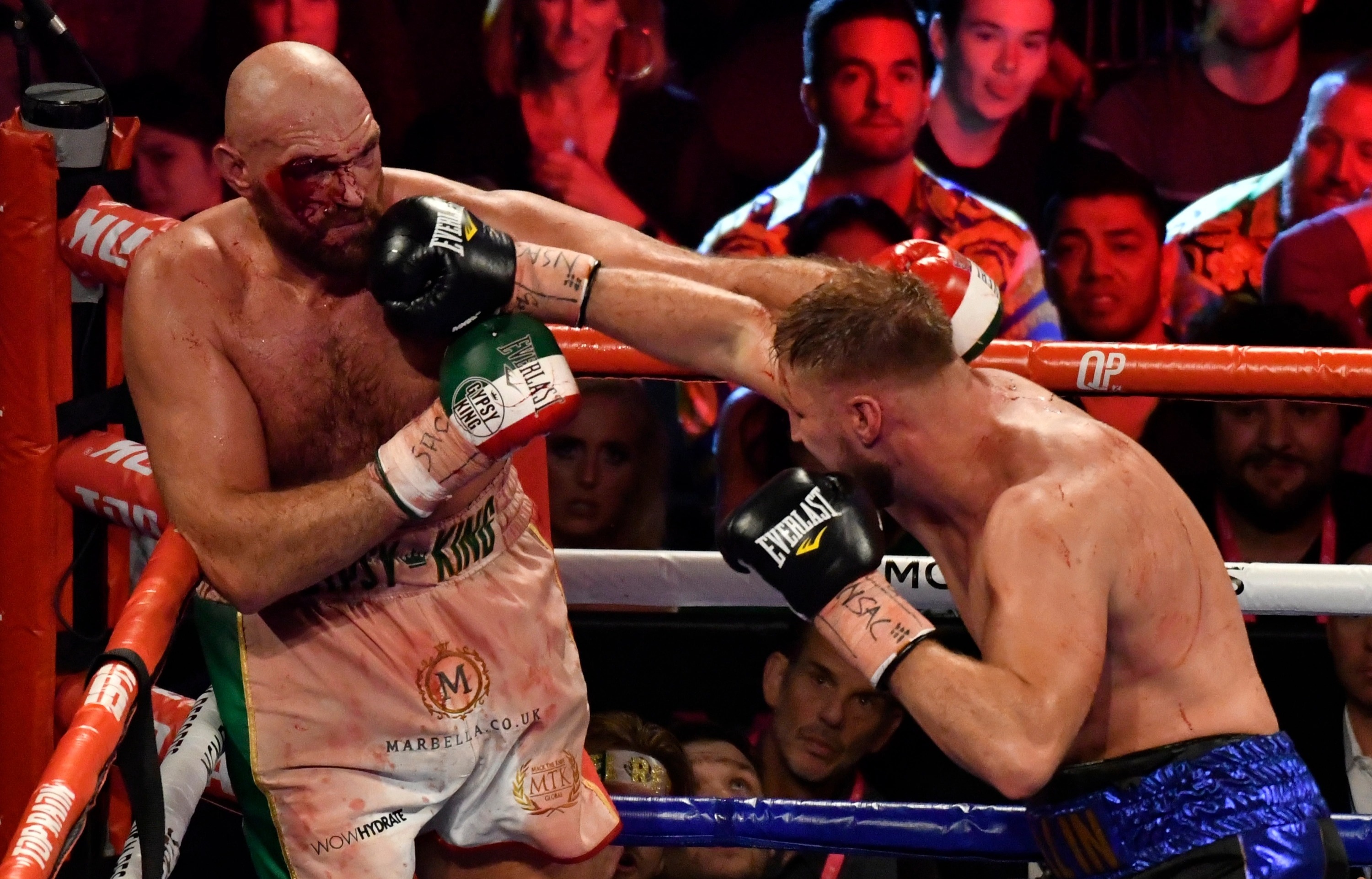 Boxing involves two people trying to knock each others out with punches in the face and head. The goal of boxing, is to strike your opponent as hard as you can without causing injury. In order for this to happen, both boxers must be able to throw punches at high speed. They also need to have good hand-eye coordination.

There are many benefits to boxing. For starters, boxing helps build strong muscles and bones. It enhances your coordination as well as reflexes. It can also help strengthen your heart muscle and lungs. The best thing about boxing is that it doesn’t require any special equipment. You can use almost anything around your home.

Boxing is one, if not the oldest, sport in existence. But boxing only recently became more popular. Two fighters fight each other in boxing. They punch each other until one fighter falls down.

Find out if you are interested in boxing before you start thinking about becoming a boxer. Check out some YouTube fights to get a feel for what it is like to hit someone. Once you decide if boxing is something you enjoy, you can then choose the type of fighting you prefer.

Next, you’ll need to spar against another boxer. You’ll be able to see how you’ve improved your fighting technique. It’s important to observe how fast you can punch, the strength of your punches and how well you block any incoming punches while sparring.

Finally, you’ll need to practice your boxing skills by doing drills. Practice makes perfect, so be patient and persistent.

Boxing has been around since the dawn of time. Boxing is considered one of the most difficult sports to practice. You can’t just punch someone across the face and make him go away. You must be able defend yourself from kicks and punches.

Find a local boxing gym. Once you’ve found the right place to train, it’s time to purchase gloves and a headgear. Gloves protect your hands while the headgear protects your head. You will also need shorts and a shirt.

Once you’ve got all your equipment, you’ll need to warm up properly. Start slow and build up speed. You can then go to the mat and spar with another fighter when you feel ready. Don’t be disappointed if you do not succeed. Try again until you get it right.

Boxing is one of the most popular sports in the world. It involves two people who attempt to knock each other out of their heads. Boxing rules vary from one country or another. There are three types generally of boxing: Amateur (Professional) and Olympic (Olympic).

Amateur boxing usually takes place at school, college and university. This form of boxing involves sparring with no protection and using padded gloves. Usually amateur boxing competitions consist of three rounds of five minutes each. There are many different styles of amateur boxing including Kickboxing, Muay Thai, Taekwondo, Karate, Judo, Wrestling and others.

Olympic boxing is performed at the Olympics. International standards dictate that boxers must wear protective gear. The competition lasts for eight rounds, each lasting three minutes. There are only two styles of Olympic boxing; Light Flyweight and Heavyweight.

There are seven types. Each punch comes with its own technique. Some punches require more force than others. For example, an uppercut requires great force. A straight punch, on the other hand requires less power and is quicker than other punches.

There are also different combinations. These are combinations made up of several punches that can be used together to achieve one goal. A combination may have multiple parts. For example, a left hook followed by a right cross will cause damage to the opponent’s jaw.

Boxers use both their hands and arms to prevent incoming blows. To do so, they raise their fists above their head and move them towards the direction of the attack. Then they make contact with the attacker’s fist.

When attacked, a boxer should step back and deliver counter-attacks. He can then gain distance from his opponent. Boxers should also keep their balance when counter-attacking.

In order to box effectively, a boxer needs to establish a stance. His stance determines how he defends himself. It determines his position and the direction he will face. There are many positions that boxers can adopt. These are the most popular:

A boxer must change his position, speed and rhythm in order to win the fight. This includes changing speed, position and rhythm.