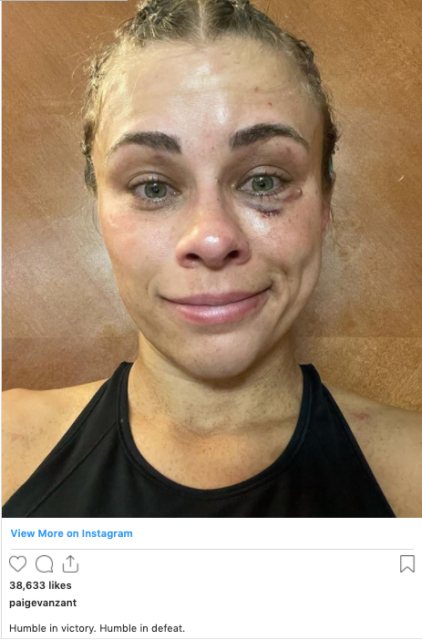 The former UFC star was beaten in her highly anticipated bow at BKFC 16 as Britain Hart stole the show.

But PVZ was in high spirits after the loss as she took to Instagram to accept the result graciously.

PVZ was bullied in the clinch and not powerful enough with her ungloved punches to get the much-needed win.

VanZant began that fourth round with some fresh impetus but she was stunned by a little right hand that stopped her flow.

Did you miss our previous article…
https://www.sportingexcitement.com/boxing/five-sparring-partners-for-tyson-fury-that-can-help-prepare-him-for-anthony-joshua-including-daniel-dubois-and-joe-joyce

Advertisement. Scroll to continue reading.
In this article:britainhart, paigevanzant, theloss