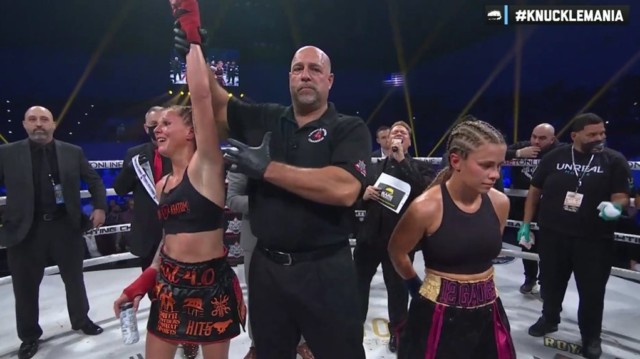 The beautiful former UFC fighter left the MMA promotion with a sliding 8-5 record and claimed she could earn 10x more in BKFC.

So Saturday night’s bow against underdog Britain Hart was supposed to be a soft welcoming for the bombshell.

PVZ, 26, was bullied in the clinch and not powerful enough with her ungloved punches to get the much-needed win.

PVZ started that fourth round with some fresh impetus but she was stunned by a little right hand that stopped her flow.