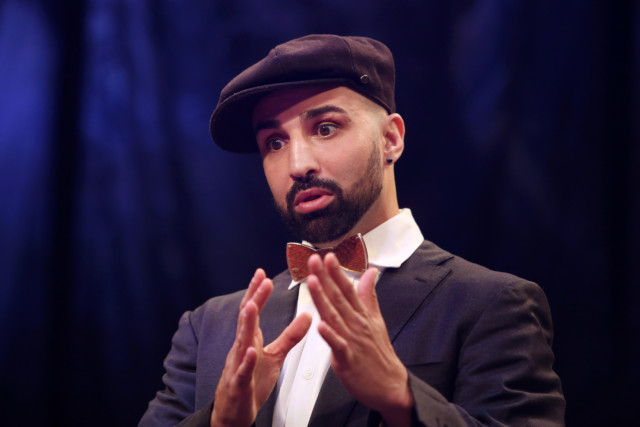 PAULIE MALIGNAGGI has been axed from his role at Showtime after refusing to apologise for his controversial views regarding race in boxing.

The retired former champ, who held titles in two weight divisions, caused answer in response to a comment made by American fighter Devin Haney.

Malignaggi, who was employed as an analyst for Showtime at the time, responded to iFLTV: “When you’re in your early twenties, you probably don’t express that very well.

“It’s not something that great to make racial (statements) in 2020, especially with so many racial tensions in the world.

“Boxing has had its course in history with certain demographics dominating more than others, right?

“Maybe like 100 years ago, Irish fighters were better. And then the Jews and the Italians came in.

“I think the African-American fighter became most dominant in the sport in the 70s, 80s, and even 90s.

“it’s not great to have the race discussion because it’s going to coordinate division.

“It’s no longer the time of the African American anymore in boxing.

“It’s (the Eastern Europeans) that has become the dominant species in boxing. I think stating something like (Haney’s statement) could be very dangerous.”

Boxing Scene write how bosses at Showtime had asked Malignaggi to apologise for his comments but felt his comments weren’t worthy of an apology.

And according to Idec, the company are now working on a severance agreement.

Malignaggi had been employed by the company since 2012 and hasn’t responded to a request for comment from Boxing Scene.

Advertisement. Scroll to continue reading.
In this article:byamerican, intwo, pauliemalignaggi