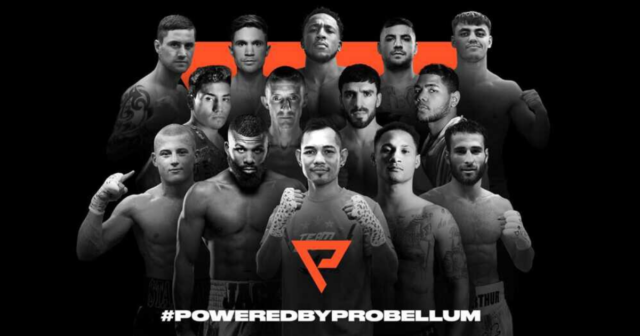 PROBELLUM president Richard Schaefer expects the promotion to become one of the biggest combat sports entities in the world – and he reckons it won’t be too long before they surpass his former baby, Golden Boy.

A mere four months after its inception, the self-proclaimed ‘Global Media and Boxing Company’ has made serious progress with its plan to revolutionise the sport with a unique blend of promotional and media content expertise. 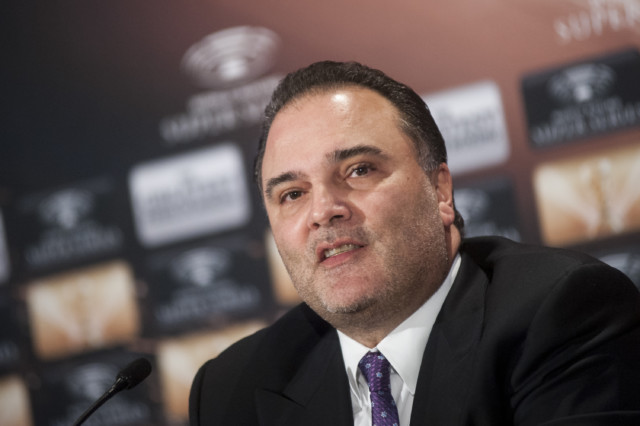 In that short time, they’ve struck 25 partnership agreements with some of the leading boxing promoters, signed multiple broadcast agreements around the world and added some big-name fighters to their roster.

And having already laid the foundations to become one of the biggest players in the sport, Schaefer can’t help but see a bright future for the new kids on the block.

He told SunSport: “This is going to be the biggest boxing promotion platform on a global scale that ever existed.

“I built before the biggest promotion business with Golden Boy. But it really wasn’t a global company, it was a US-based company that did some fights in the UK with Ricky Hatton and Amir Khan and so on.

“I’m just thrilled and excited and really fired up to do this and fired up to give these fighters an opportunity.”

Schafer was confident the all-star team he assembled would hit the ground running, but even he didn’t envisage the success that has come so quickly.

He admitted: “In my wildest dreams, I could not have imagined that we would be where we are today in such a short period of time.

“There has never been, I’m sure, in the history of combat sports any entity which in such a short period has achieved so much and has delivered, in fact over-delivered, on what we set out to do.

“When you look back at what we’ve done, we’ve really over-delivered. And I like that. Because in boxing and so many other places, people over promise and underdeliver.

‘But our slogan, and my personal slogan, is under-promise and overdeliver and that’s exactly what we’ve done.”

The signings of former world champions Regis Prograis, Badou Jack and Team GB stars Pat and Luke McCormack have reverberated around the boxing world and shown that Probellum mean business.

Schaefer said of their acquisitions so far: “Fighters want to be with Probellum. Whether you’re a young fighter or like the McCormack brothers, turning pro, two of the most sought after fighters in the world.

“And out of the promotions in the world, they decide to go with Probellum.

“Or whether you talk about world champions like Nonito Donaire, a Regis Prograis or a Sunny Edwards and anything in between, fighters want to be with Probellum. And that’s the best endorsement you can get.”

Probellum’s early success has seen them up the number of shows they plan to be involved with from 200 per year to 300.

Schafer revealed: “Initially, we were thinking around 200 events per year where the Probellum brand would be involved either as the sole promoter or the co-promoter.

“But that number is now closer to 300 events per year. When I said four months ago that we’re going to have the Probellum brand involved in 200 events around the world, everybody thought I was crazy.

“Because it is such an unbelievable thing to say. And they said, ‘It’s probably typical promoter talk. But again, instead of 200 events, we’re going to be closer to 300.”

One such show Probellum could be involved with is a potential rematch of the 2019 Fight of the Year between unified bantamweight champion Naoya Inoue and Nonito Donaire.

Schaefer said: “That’s the level that Probellum is involved in after four months. And we’re having advanced conversations here in the United States and the same in the UK.

“So we’re very, very excited. I can only just imagine where we’re going to be in a year’s time.”

Establishing a foothold in the UK is one of Probellum’s top priorities this year – with the promotion’s schedule kicking off with a stacked card in Newcastle on March 25.

“We are going to be doing regular events all over the UK,” Schaefer said. “If you look at our UK and Irish stable, it’s quickly becoming the best stable in the sport.

“And again, in a year’s time, I have no doubt that we will have the single best stable in boxing in the UK.

“The UK is an important market for us. It’s one of our key markets, it’s one of the biggest markets in the sport. And I always said that the UK fight fans, there is nobody like them. They’re the best.”

On the stacked Newcastle show, on which Pat McCormack will make his professional debut, Schaefer said: “We’re going to have the best fighters from the northeast part of your country are going to be fighting on that card.

“It’s going to be, I dare to say, the best line-up Newcastle and that region has seen on a single card. 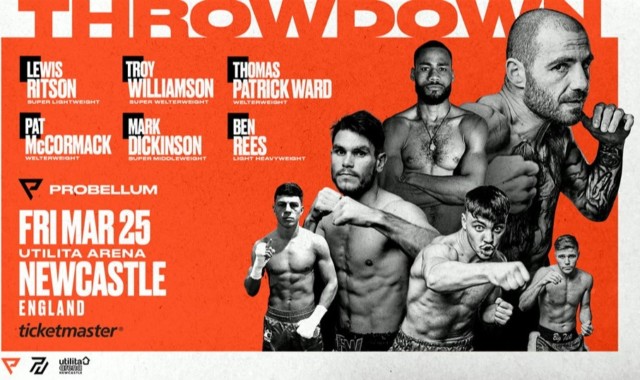 Although Probellum is still very much in its infancy, Schaefer believes the promotion has planted the seeds for a ‘boxing revolution’.

And with big names and hot prospects continuing to ink deals with the promotion which each passing week, one can’t help but feel the outfit will indeed become one of the main players in the fight game.