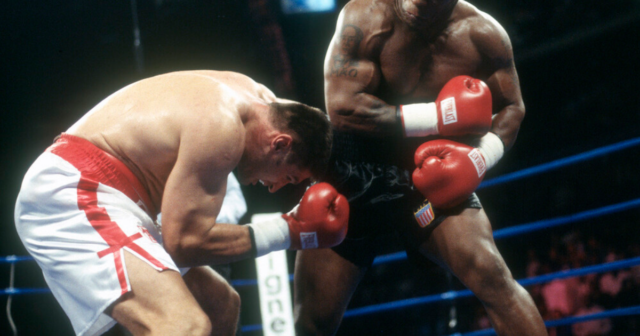 MIKE TYSON has no regrets about smoking weed before his destruction of Andrew Golota – despite having the emphatic victory taken away from him.

Iron Mike put an absolute beatdown on the Olympic bronze medallist in their October 2000 clash, which he viciously ended in the third round. 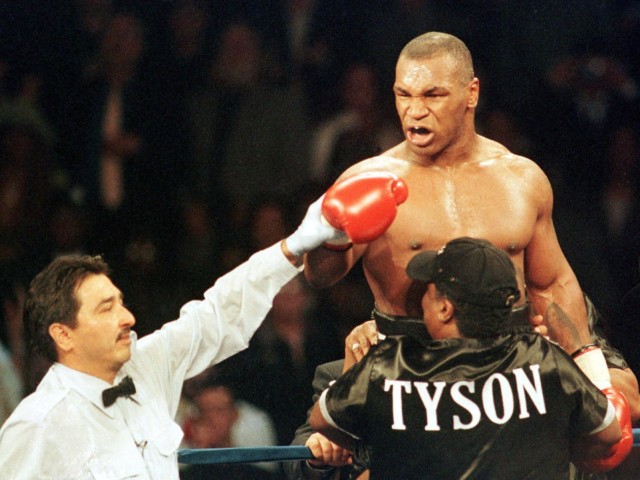 Tyson’s demolition of the Polish pounder, however, was overturned to a no-contest when he tested positive for marijuana.

But the former undisputed heavyweight champion has no regrets, telling Yahoo: “I broke his cheekbone, his eye socket, his rib — I should have been doing this from the beginning.

“I think of it as an enhancer. It makes me better, even in the ring.

“The punches don’t hurt as much, it has a lot to do with my comeback, the psychedelics.”

Tyson, 55, wished he smoked his cannabis during his hall-of-fame career instead of drinking alcohol.

The boxing legend, who is releasing a new strain of the drug, admitted: “My life was just miserable, I was out of control.

“I was fighting with everybody. If someone asked me for an autograph, I’d punch them in the face.

“I was just a mess, and then after I retired, I started smoking.

“I’m very relaxed and the more relaxed you are, the better fighter you are at least in my case.”

Fan favourite Tyson made a sensational return to the ring last November for an exhibition bout with fellow great Roy Jones Jr.

And The Baddest Man on the Planet is reportedly set to return to the against YouTuber Logan Paul in February.

Paul has not yet been confirmed as Tyson’s opponent, although Iron Mike exclusively revealed his plans to return to the ring in February to SunSport.

He said: “I am going to have a return fight in February and we are pretty sceptical about the opponent, but it will be a really stimulating opponent.”

Advertisement. Scroll to continue reading.
In this article:ironmike, noregrets, thethird