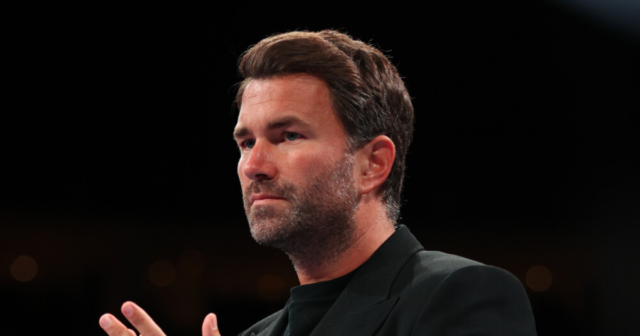 EDDIE HEARN joked he is living ‘rent free’ in Mayweather Promotions CEO Leonard Ellerbe’s head after being branded as a ‘pathological liar’.

The 42-year-old promoter and his American counterpart had different views on two world lightweight fights this weekend.

Hearn and Ellerbe have clashed in the past, with the former stating that the 56-year-old has left followers that his Twitter parody account ‘NoContextHearn’ in 2019.

The Matchroom Sport chairman stated in an interview with Fight Hype that Devin Haney’s defence of his WBC title against Joseph Diaz is a bigger fight than Gervonta Davis’ WBA regular scrap vs Isaac Cruz.

He said: “I’m not hating on Gervonta Davis, but what’s the bigger fight this weekend? I’m sorry, everyone is talking about Haney-Diaz.

“No-one is talking about Gervonta against Isaac Cruz. And I’m not saying it’s a bad fight or hating on these guys. This (Haney-Diaz) is a much bigger fight and a much better fight.

“This isn’t me hating on fights, this is just reality. Gervonta Davis against Isaac Cruz, what does it do (pay-per-view buys)? 100,000? Less?

“Look, Isaac Cruz is tough and game. But it’s not that it’s a bad fight. It’s coming off the back of [Terence] Crawford-[Shawn]Porter, Canelo [Alvarez].

“And then two weeks later – off the back of Crawford-Porter – you’ve got Gervonta Davis against someone no one’s ever heard of.”

His comments infuriated Ellerbe, who reacted to the interview by slamming the Brit on social media.

He tweeted: “This is the last time I’m going to address this pathological liar. Haney is an excellent fighter but this guy just lies for no reason. Bigger fight?

“You’ve sold LESS than 4K tickets in a 15k seat venue, Tank did more than that in his presale before tickets went on sale.”

Ellerbe, who declared ‘f*** Eddie Hearn’ last month, continued: “He should just promote his fight and don’t worry about Tank and what we’re doing with our event.

“It’s the oldest trick in the book but he’s should know better to f*** with me, I’m stating facts and he’s lying trying to bring some attention to his event.

“Why even bring up somebody else’s event to attempt to shit on it knowing you’re lying and getting ready to be exposed for lying.

“I like their fight and I’m not going to s*** on it just to promote my event. That’s whack to me!” 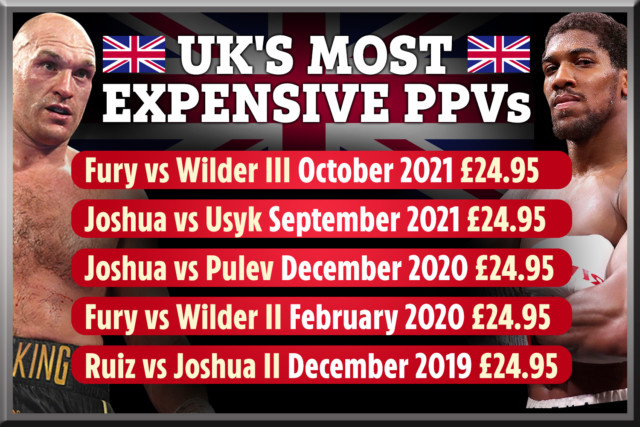 Responding to Ellerbe, Hearn quipped that he is living ‘rent free’ in his head in a short tweet.

It read: “This is last time you are going to address it… and then address it about another ten times #rentfree.”

His followers were loving his jibe, as one commented: “A 10-8 round to Eddie against his favourite fan.”

Another messaged: “Lmaoooo Eddie got these guys on strings.”

A third added: “Big up Eddie Hearn, they’re all hating.”