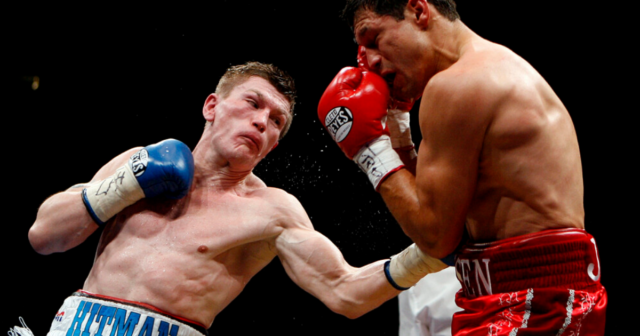 RICKY HATTON is on course to make a sensational return to the ring later this year at the age of 43.

The legendary Manchester Hitman hung up his gloves in 2012 after a ninth-round loss to Vyacheslav Senchenko but has kept himself in decent shape. 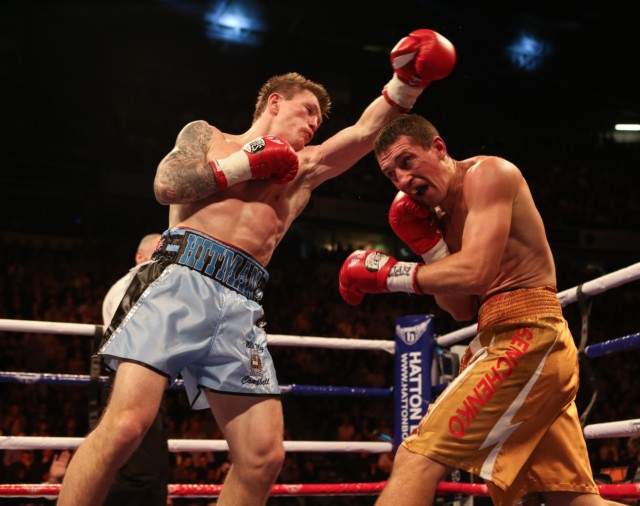 And the former two-weight world champion is set to lock horns with fellow boxing great Marco Antonio Barrera in an exhibition bout later this year.

SunSport understands talks over a shock bout with the 48-year-old Mexican have reached an advanced stage but a deal has yet to be finalised.

Hatton’s imminent comeback is the latest in a long line of legends of yesteryear returning to the ring.

Former heavyweight champs Mike Tyson and Roy Jones Jr kicked off the trend in November 2020 when they returned for a lucrative exhibition bout.

Ex-Tyson rival Evander Holyfield also made a shock return to the ring last year at the age of 58 and was wiped out by former UFC light-heavyweight champ Vitor Belfort.

Golden Boy Oscar De La Hoya has also set his sights on a comeback bout, which was due to be against Belfort before he was hospitalised with Covid.

Fan favourite Hatton flirted with the prospect of returning to the ring last year, saying: “I am all for these dream fights we keep hearing about.

“I have youngsters coming up to me, saying, ‘I’ve watched your fights on video but I never got to see you live!’

“And I think that is why I’m a fan of these exhibitions.

“You’re not going to see your heroes get seriously hurt, it is a chance to see them showcase their skills one last time and you can raise a bit of money for charity too, so I’m all for it.

“There’s a couple of picks that spring to mind for me. “If we are talking domestically, I would still love to see Joe Calzaghe vs Carl Froch.

“There is always those what-ifs, so if it were an exhibition between those two I think that would be quite a nice one for fight fans.

“If you are looking at heavyweights, we saw the talk of Mike Tyson vs Evander Holyfield.

“Tyson blew the cobwebs off against Roy Jones Jr and Evander always looks in wonderful condition every time you see him on social media.

“He’s always training, he’s always on the pads. But I’m not sure if Evander has enough of his ear left to do 8 or 10 rounds!”

Hatton’s career-defining fight was his unforgettable war with Kosta Tszyu in front of a capacity crowd at the MEN Arena.

The Hitman produced a sensational display in the 11th round to force the Australian to quit on his stool and relinquish the IBF and The Ring light-welterweight titles. 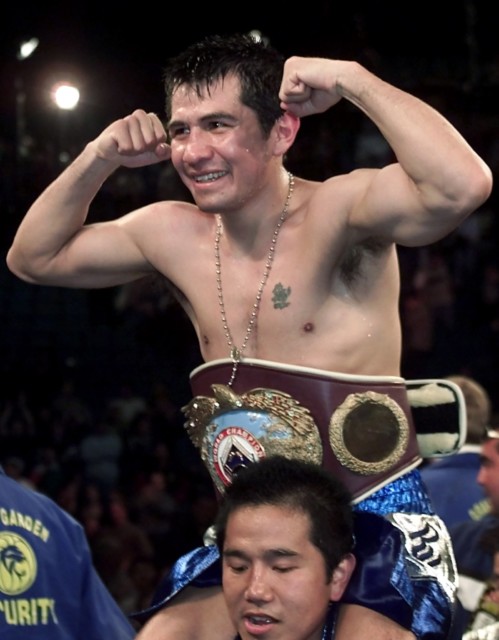 Did you miss our previous article…
https://www.sportingexcitement.com/boxing/anthony-joshua-plays-the-fun-uncle-as-he-and-his-family-enjoy-day-of-watersports-on-holiday-before-usyk-rematch