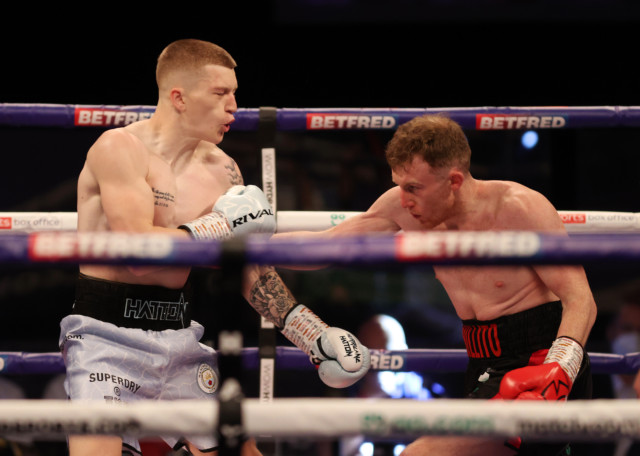 CAMPBELL HATTON beat Levi Dunn for his second pro win to prove there is talent in the fighting family genes.

The 20-year-old made his debut on the undercard of Dillian Whyte’s brilliant rematch KO of Alexander Povetkin at the end of March, with dad and British ring legend Ricky crying tears of joy.

And The Hitman was back in his old Manchester arena stomping ground to watch his boy grab his second win inside 35 days with a 40-36 scorecard.

The rising starlet said: “I was more relaxed and composed in there than I was on my debut. I think I did better.

“It was weird walking in because there were 500 fans in Gibraltar, it was a top atmosphere.

“But it probably kept me more relaxed and composed being silent in there.”

The novice mimicked his father’s famous bodyshots in the opener, tagging Dunn who he had done sparring rounds with previously.

Dunn, a brave now 0-5 journeyman, was bold enough to drop his hands and switch stances in the second.

But the sky-blue clad lightweight walked him down and clipped him a handful of times with uncle Matthew bellowing the instructions from the experienced corner.

Dunn hit the deck in the third but it was ruled a slip so didn’t score with the judges. But a pearl of a left hook hurt Dunn and would have impressed the ringside officials. 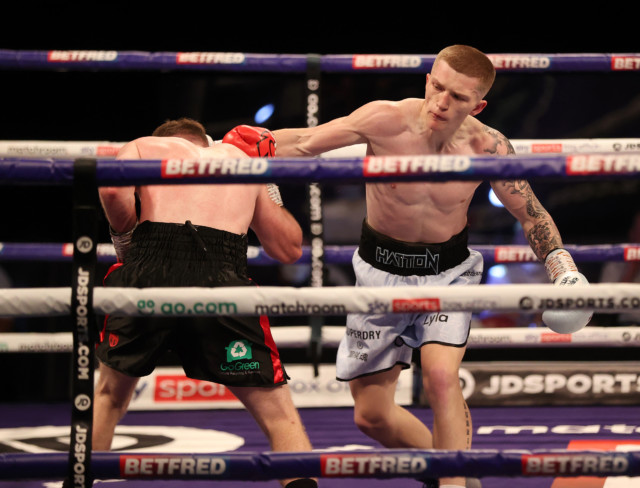 But Hatton was clipped back a couple of times to remind us of his rawness and the room for improvement.

The Oasis-loving City fan kept slashing away at Dunn, looking for that first stoppage win.

But his man strength might not have reached his tattooed arms just yet.

And when the final bell came, on the four-round learning fight, he had more rounds in the bank and a very proud father to walk home with. 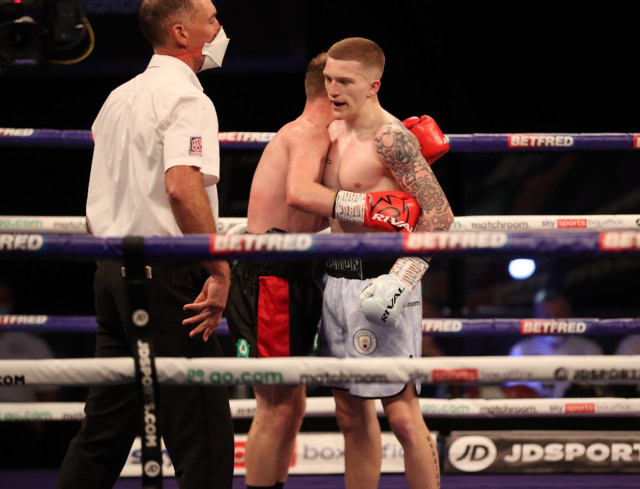 Campbell had more rounds in the bank and a very proud father to walk home with
In this article:fightingfamily, tearsofjoy, withdad