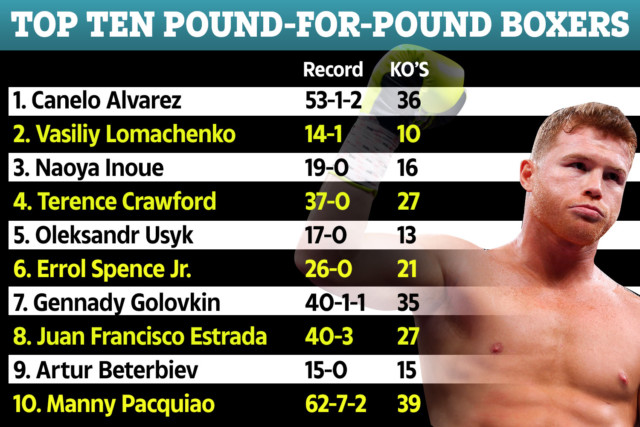 ANTHONY JOSHUA and Tyson Fury were no where to be seen in the Ring Magazine’s pound-for-pound rankings.

The Mexican superstar beat WBO light-heavyweight champion Sergey Kovalev in Las Vegas to cement his legacy in the list of the sport’s immortals.

Boxing bible Ring Magazine has now seen fit to adorn Alvarez with another accolade less than two weeks after Lomachenko was crowned King of the Ring.

Familiar faces behind the Ukrainian include Terence Crawford, and former undisputed cruiserweight king Oleksandr Usyk ranks as the only heavyweight – despite only one fight in the blue ribbon division.

Mexican hero Saul Alvarez has quickly taken over as boxing’s biggest star since former foe Mayweather walked away from the sport.

With only a sole loss – to Mayweather in 2013 aged 23 – “Canelo” has gone on to rule the super-welterweight and middleweight divisions as well as winning a world title at super-middleweight.

However, a controversial draw and contentious win against rival Gennady Golovkin had doubters questioning Canelo’s invincibility with a trilogy bout yet to take place.

Snubbing GGG to move up to 175lbs, a win over KO king Kovalev to become a four-weight champion and actively ruling three divisions has seen him rise to the P4P top. 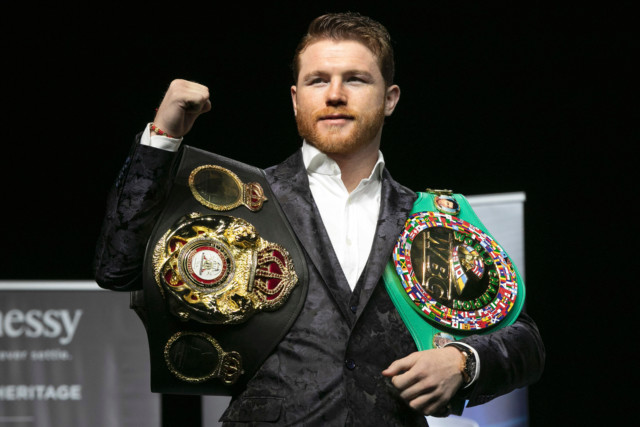 But after being roughed up by Orlando Salido for the WBO featherweight title in his second pro fight, Loma has not suffered a blip since, becoming the quickest three-weight world champion in history.

Loma is due to face IBF champions Teofimo Lopez once the pair can agree terms and find a venue fitting to stage the potentially behind closed doors clash. 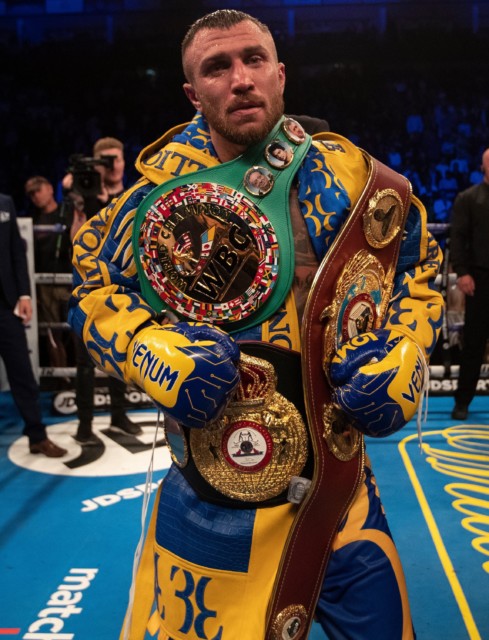 A monstrous puncher, Inoue is working his way up the divisions and remaining the most powerful man in the ring.

Having begun his career at 108lbs the Japanese star went on to claim titles at super-flyweight, junior-bantamweight champion and bantamweight.

Unbeaten Inoue recently dared to call out Lomachenko for a featherweight bout – having scored 16 KOs in his 18 wins.

The heavy-handed 26-year-old moves up to third after being crowned the World Boxing Super Series champion at bantamweight following his points victory over Nonito Donaire. 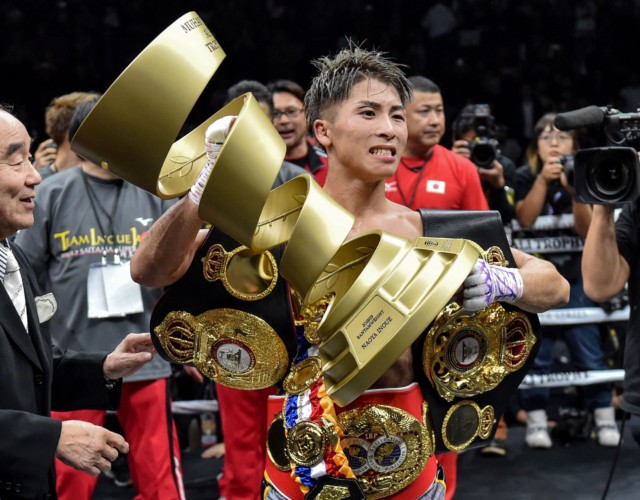 The American has won world titles at lightweight, super-lightweight and currently reigns as WBO welterweight king – having held undisputed gold at 140lbs.

Though unlike others on this list, Crawford is yet to beat a high-profile name – but that could change if he secures a welterweight unification bout.

He faces little-known Egidijus Kavaliauskas on December 14, but insists next year he will go after the best in the 147lbs division after calling out countrymen Errol Spence Jr. 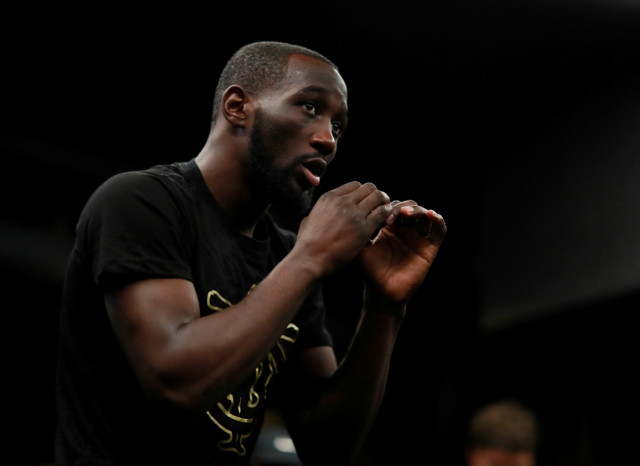 Usyk reigned as undisputed cruiserweight king having won the WBSS, and has now stamped his authority at heavyweight following a high-profile win against Tony Bellew.

The Ukrainian maestro made a successful debut after making the step up when he stopped replacement opponent Chazz Witherspoon in seven rounds.

Promoter Eddie Hearn has already hinted the 32-year-old could be in line to challenge for the WBO heavyweight title after securing a No1 spot with the governing body.

Hearn claims the winner of the rematch between Anthony Joshua and Andy Ruiz Jr will likely vacate the belt to instead face their IBF mandatory Kubrat Pulev – an easier option than Usyk. 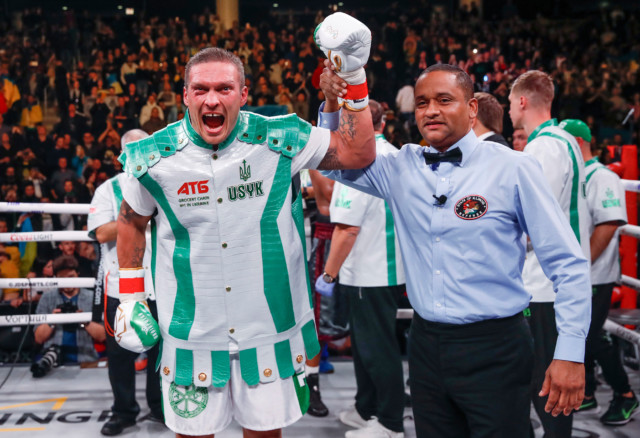 Usyk made a successful heavyweight debut after stopping Chazz Witherspoon

Former sparring partner of Floyd Mayweather, Spence’s punch volume, body attacks and balance give him the tools to rule the welterweight division.

He has also been slated to move up the weights – having dwarfed many of his opponents at 147lbs – showing off his relentless pressure against Kell Brook in Sheffield three years ago.

But the Texan added another belt in September, after he out-battled Shawn Porter in a Fight of The Year contender to become the new WBC and unified champion.

He was already lined up to face either Danny Garcia or WBA champion Manny Pacquiao, but a devastating car crash left the boxer lucky to be alive and miraculously without a single broken bone. 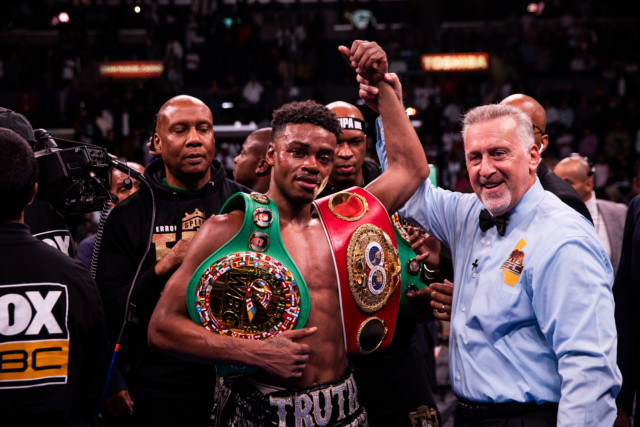 Failing to get the decision against Canelo in 2017 and then 2018 has cost Golovkin both his belts and a spot in the second half of this list.

Alvarez insists despite GGG winning back a world honour the trilogy does not interest him – unless the money is right.

But for Golovkin the road does not end with the Mexican, with a move up to super-middleweight to become a two-division champion also sure to enhance the Kazakh’s legacy. 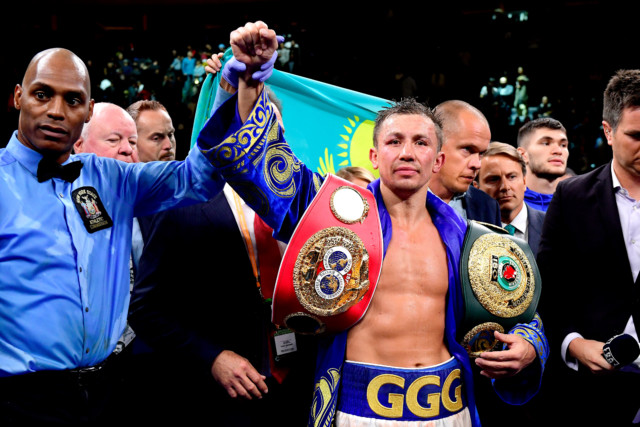 The Mexican rose to fame after avenging his defeat to Srisaket Sor Rungvisai – the man who dethroned super-flyweight king Roman Gonzalez.

The 29-year-old moved to 40 wins in August after stopping American Dewayne Beamon in a tune-up bout ahead of bigger fights next year.

The Russian powerhouse cemented his place as the man at 175lbs after stopping Oleksandr Gvozdyk to add the WBC title to his IBF belt.

A unification clash against WBA ruler Dmitry Bivol has now been mentioned alongside a potential meeting with Kovalev. 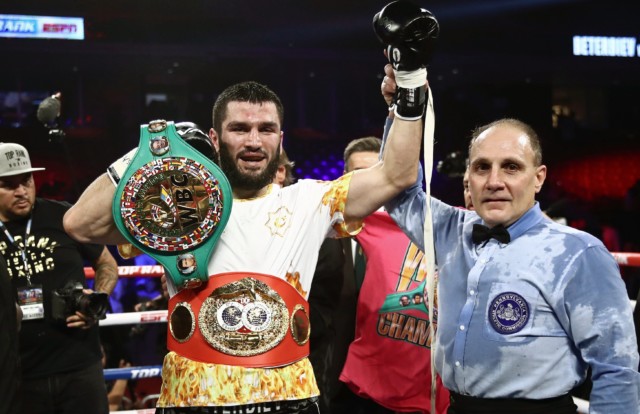 The Filipino great looked to have lost his status as one of the world’s best after a shock loss to Australian Jeff Horn in 2017.

But PacMan scored a first KO in 11 years in his next fight, against Lucas Matthysse, before high-profile wins against Americans Adrien Broner and Keith Thurman this year – the latter for the WBA welterweight crown.

In his storied 24-year career Pacquiao has ruled eight weight divisions, beginning his career at flyweight (112lbs) and going on to win titles at every weight up until welterweight (147lbs). 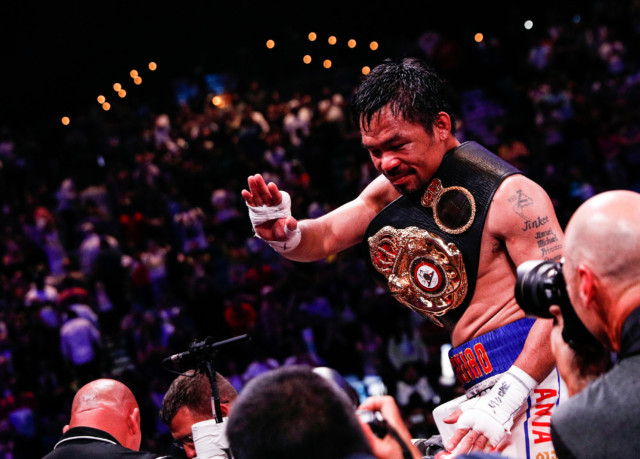