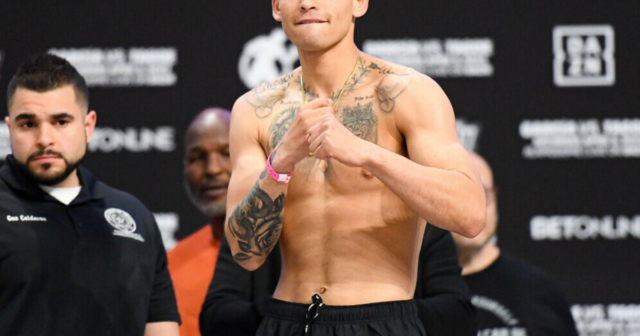 RYAN GARCIA claims he will make EASY work of Gervonta Davis after completing a ringside scouting mission on his rival.

Garcia sat up close and personal in May when Davis brutally knocked out Rolando Romero.

And the American, who lost a $20,000 bet with Errol Spence Jr on the fight, immediately called out Floyd Mayweather’s protege.

And despite Davis’ savage left-hook finish, Garcia watched on with even more confidence that he KO the two-weight champion.

He told SunSport: “It will be much easier than expected, I thought it was going to be a dog fight at first.

Garcia, 23, really announced himself in the lightweight division when he stopped Luke Campbell, 34, with a body shot in January 2020.

But in his last fight, he showed a different side to his style as he dominated Emmanuel Tagoe, 33, over 12 round in April.

Despite the differing performances, Garcia promised it will be nothing compared to what he has in store for “Tank” Davis.

He said: “People don’t know, I’ve been fighting since I was seven years old.

“So I can fight any style that I need to and I know exactly what I need to do to beat them, because I’ve done it before.

“That’s me having to do something I felt I had to do. With Campbell, I felt like I had to go get him, pressure the whole fight.

Garcia has gone as far to say he will beat Davis, 27, in the same fashion that Muhammad Ali did when he upset Sonny Liston in 1964.

He said: “I’m talking about comparisons to Sonny Liston versus Muhmmmad Ali the first time around, just beating him and making it look too easy.

“And that’s what I’m saying. It’s going to be too easy and I’m not saying anything is easy, I’m saying I’m going to make it look easy.

“Then people are going to be shocked, they’re going to have to stop the fight or else I’m going to knock him out. That’s just what it is.”

He was due to face Fortuna, 32, in April last year but was pulled out amid a battle with his mental health.

Now, over a year on and Garcia gets his chance to finally get Fortuna in the ring in a bid to send a message to the lightweight division.

He added: “I hope this rocket ship just keeps taking off.

“I really want the big challenges, such as Gervonta Davis, Devin Haney, Vasiliy Lomachenko, I’m ready for it all.

“I feel like I’ve finally filled out, I’m strong, I’m ready, I’m wise. Everything I need to face those opponents now, I’m there.

“So it’s just making the fights happen now. I don’t want to like promote them no more because I’ve tried to do that and it didn’t work.

“So now I want to be a businessman and make them happen somehow, someway. That’s what I’m focussed on.” 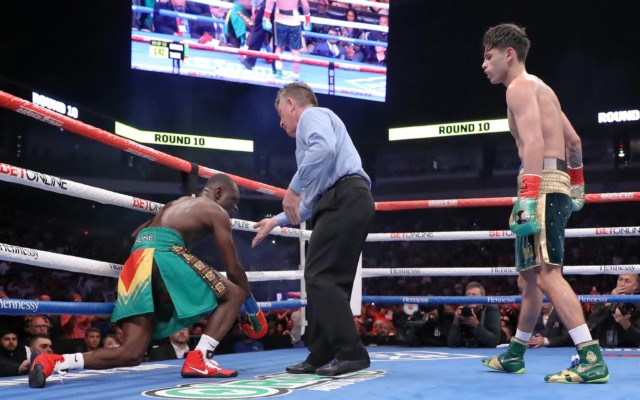