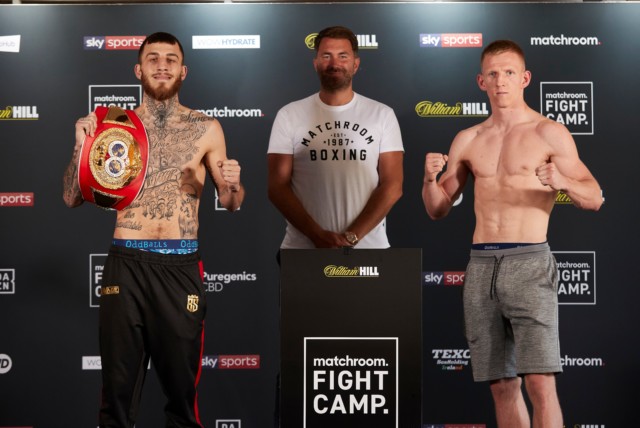 SAM EGGINGTON wants to complete his Italian Job comeback with a win in Eddie Hearn’s Essex garden on Saturday night.

The 26-year-old fans’ favourite had a mega-money fight against Brandon Rios lined up for September 2018 on the undercard of Anthony Joshua’s Wembley win over Alexander Povetkin.

Sam Eggington, left, and Ted Cheeseman are both at a bit of a crossroads in their careers

But he took a warm-up bout two weeks before in his Birmingham home and was stunned by a KO loss inside two horrible seconds.

The fearless gunslinger rebuilt but lost again to classy Liam Smith in March 2019.

But a savage KO September win in Florence, up at his new weight of super-welter, was enough to remind fans and Matchroom boss Hearn of his brutal skills.

The former British and European welterweight champ said: “Italy was a great adventure for me.

“I went over there with a chip on my shoulder thinking I had to get it done and get it done right to get me back to where I needed to be.

“We did that, came home and this is what’s next.

“I’m excited. As soon as I heard about these back-garden brawls I rang my trainer Jon and said ‘we need to be a part of this’.

“I’m over the moon to be headlining the first one. It’s a good fight and it’s one that I believe I can win and look good in.

“It has all of the makings for a good night.”

Eggington only took up professional boxing to earn a few quick quid as a journeyman, out on the road helping prospects learn the ropes.

But he already has the scalps of elite fighters Paulie Malignaggi and Frankie Gavin on his deceiving 28-6 record and is Barry Hearn’s favourite fighter.

And the Brit banger knows defeat does not define fighters who are brave enough to take risks, like he and Cheeseman are by taking this fight in extenuating circumstances. 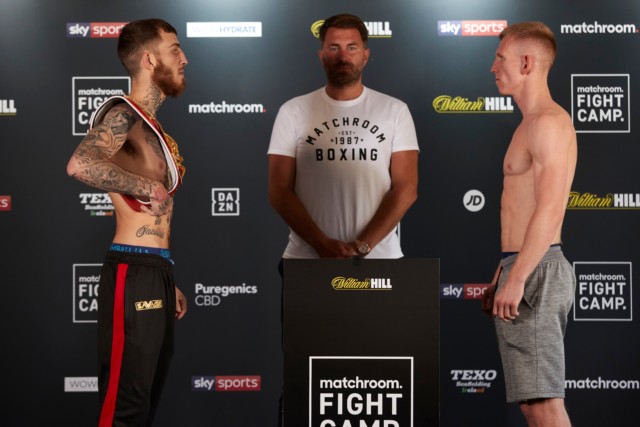 He said: “You can lose and come back, history points to that.

“We’ve had big nights and we’ve had bad nights. They don’t define me. I’m still learning and I’m getting better. I’m getting bigger and stronger.

Just 18 months ago, Cheeseman was the British 11st champion being tipped to race on to a world title.

But in an agonising 2019, the Bermondsey boy suffered a bloody and brutal defeat, a narrow comeback draw and a razor-tight points loss.

At just 24, the father-of-one has a record of 15-2-1 but The Big Cheese believes the last horrible year has seriously matured him.

“This is a big opportunity for me to refresh my career and push on,” Cheeseman said.

“I’m still young and I’m still a baby. I’m 24 but I’m maturing all of the time and over the past 18 months I’ve been learning a lot.

“I’ve had a lot of time to work on things. I’m making sure everything is perfect.”