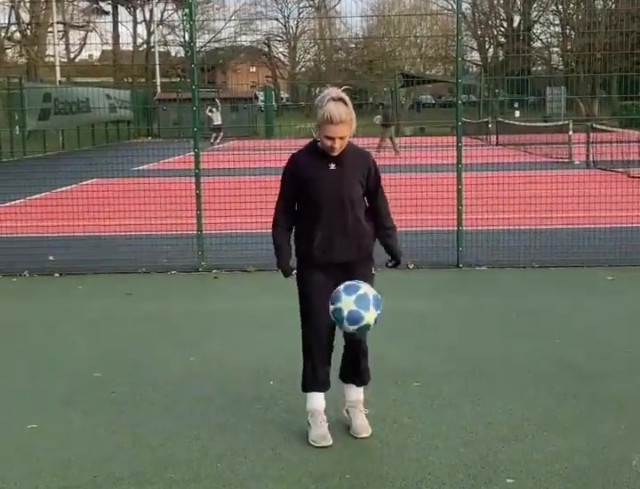 BOXER Shannon Courtenay took to Instagram on Sunday to show off her football skills.

Known for her prowess in the ring, Courtenay proved that she’s not just a one-sport wonder.

The Watford puncher, a childhood pal of Anthony Joshua, has a 6-1 professional record.

But sporting talent clearly comes naturally across all fields.

Courtenay, 27, wrote on Instagram: “Never told him I used to play football when I was a kid so he rolled the ball to me & started filming thinking it would be funny…”

She then surprised the man behind the camera, however, by confidently juggling the ball.

Using both knees, thighs, and even her head, Courtenay kept the ball up with ease.

And she will hope that her sporting confidence carries into her next fight, having gotten her young career back on track last time out.

But, when sent to the drawing board, she got things back on track last month with a seventh round KO of Pole Dorota Norek on the Billy Joe Saunders – Martin Murray undercard. 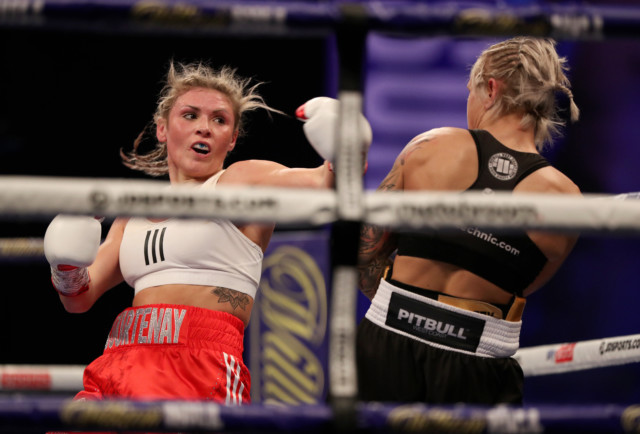 “I got greedy with the right hand and I admit that, but I knew I had to catch her flush to knock her out as she was tough as anything, just running at me like a bull.”

“I thought I would have more time off for Christmas this year but I’m already back training now and getting myself ready.”