‘She’s a bully, simple as that’ – Savannah Marshall will not be intimidated by Claressa Shields in championship showdown
Advertisement 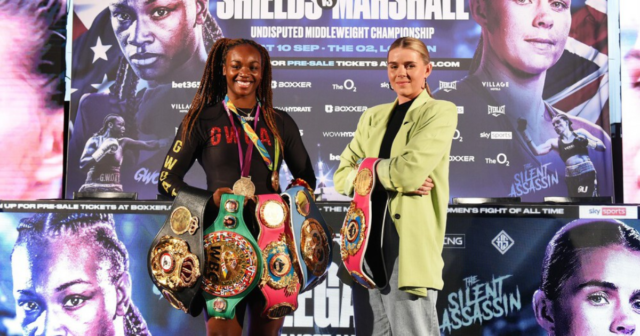 BRIT boxing sensation Savannah Marshall has blasted opponent Claressa Shields as “a bully” ahead of their September grudge fight.

The two women will finally settle the score after months of trash-talk.

Marshall is the only person to ever beat Shields in amateur and professional boxing when she outpointed the American at the World Championships in China in 2012.

Shields, 27, who calls herself the “GWOAT” – Greatest Woman Of All Time – is adamant she will get her revenge at London’s o2 Arena.

But Marshall, who like Shields is also unbeaten as a pro, is ready to prove herself as the two-time Olympic gold medallist’s boogeywoman and is less-than complimentary about her opponent.

Speaking at the press conference to announce the fight Marshall, 31, said: “I’m comfortable in Claressa’s presence. She doesn’t scare me.

“I think I’m a lot smarter than Claressa and I always have been and that’s what will win me the fight. It’s her ignorance that will lose her this fight.

“She might not say she respects me but I know deep, deep down a little bit of her does. Because she won’t admit it to herself, that is what will lose her this fight.”

The two were originally scheduled to fight in July but Hartlepool-born Marshall was forced to have surgery on her arm that pushed back the scrap.

But now all the belts will be on the line in the undisputed world middleweight title blockbuster.

Promoter Ben Shalom added: “These two are superstars and this fight is a fight that everyone wanted to see.

“So I think women’s boxing is still growing but I think it’s fights like this, a story like this will take it to a new sphere and that’s what I’m very, very confident of.”

The undercard will feature a super-featherweight world title unification bout between Mikaela Mayer and Alycia Baumgardner, with more to be added in due course. 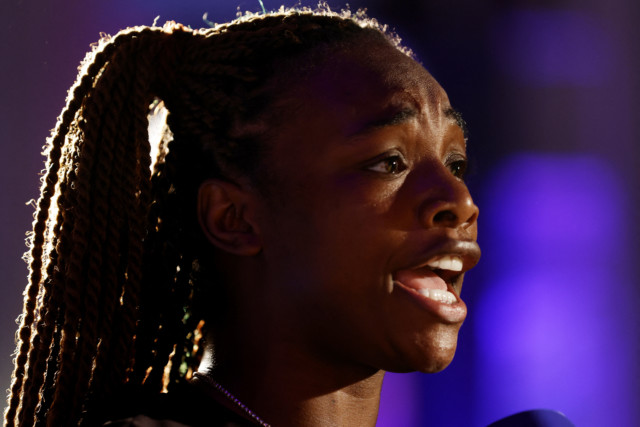 Shields calls herself the Greatest Woman Of All Times – or GWOAT