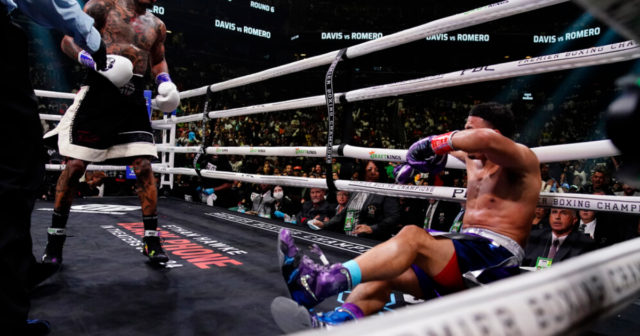 Tank, 27, was in vintage form as he protected both his unbeaten record and belt with a dominating performance on May 28. 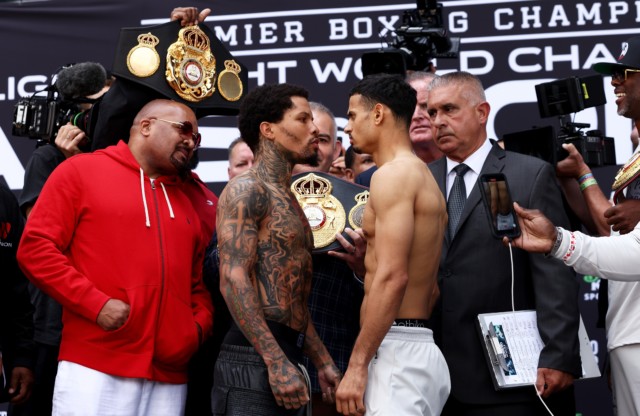 Davis – who split with Mayweather Promotions after the bout – delivered a savage one-punch finish in round six.

And he was having so much fun he even had time to send a few barbs the way of Romero’s trainer Cromwell Gordon.

It had been a heated build-up to the bout in the Big Apple, where Tank was looking to go 27-0.

There has been plenty of trash talk on social media – and ‘Bullet’ Gordon wasn’t shy about putting over his thoughts both before and during the fight. 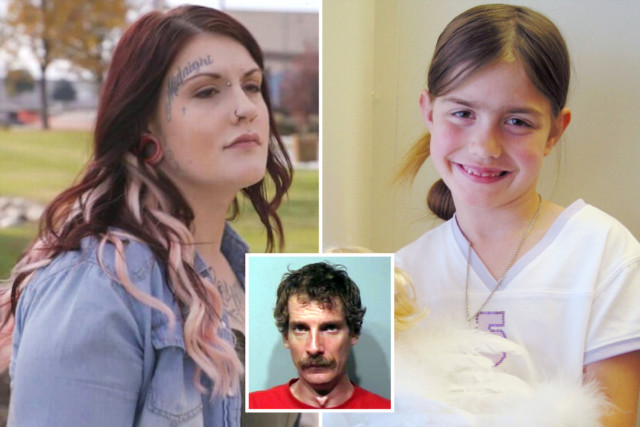 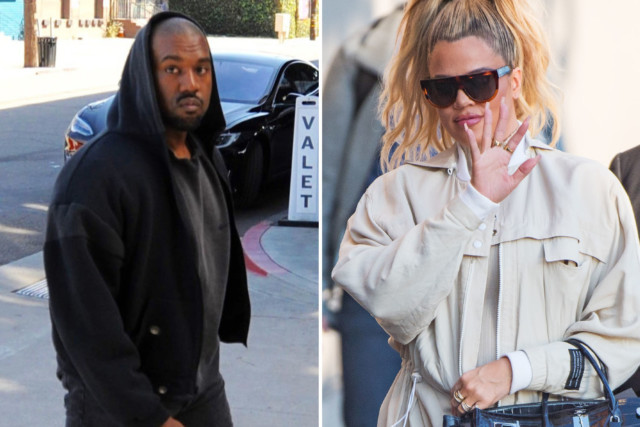 During Showtime’s All Access documentary into the bout, he can be heard shouting to Romero in round six: “Box him Rolly, you can outbox Tank!”.

Davis paused his work for a couple of seconds to look incredulously in the direction of Rollie’s corner.

He fired back: “Shut yo bitch ass up”.

But his owner corner are less impressed, yelling: “FOCUS! FOCUS!”

Moments after the exchange, the fight was over in a flash as Davis connected with a monumental left hook.

It was a mesmerising performance from Davis who overcame a slow start to dominate the middle rounds.

The win maintains Tank’s unbeaten status as he looks to dominate the lightweight division.

And Oscar De La Hoya is willing to offer the bad boy boxer ‘millions of dollars’ to fight Ryan Garcia.

Bullet:”Box him rolly! You can out box tank”

“Everyone makes a s***load of money and we give the fight fans what they want to see.” 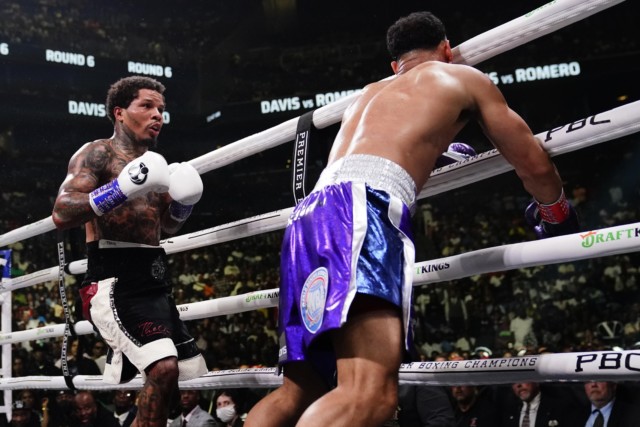 Advertisement. Scroll to continue reading.
In this article:ashe, gervontadavis, newyork