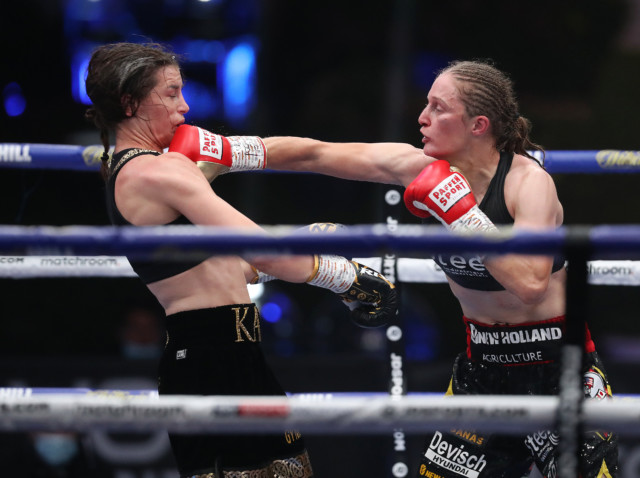 SKY SPORTS took a pounding on social media as Katie Taylor’s long-awaited world title rematch with Delfine Persoon on the Dillian Whyte vs Alexander Povetkin was was hit by sound and technical issues.

As Brit lightweight Taylor battled to repeat her controversial June 2019 win by a majority decision, angry armchair fans demanded to know what had happened to the coverage.

Katie Taylor, left, is rocked back by Delfine Persoon in their world title bout 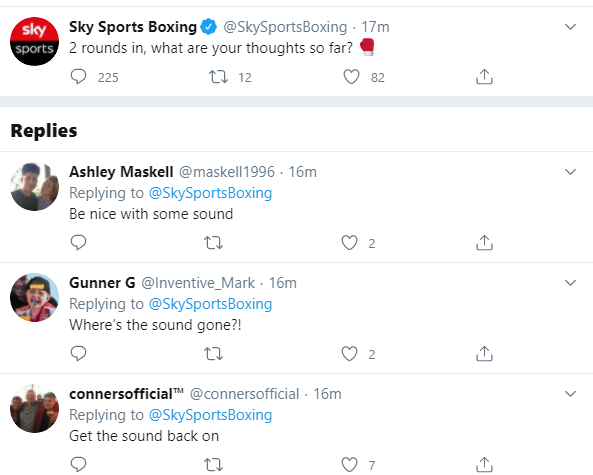 Imagine having to pay 20 quid for this fight with all the sound and technical issues…..which I have certainly done.

Bookmaker Paddy Power tweeted: “Imagine having to pay 20 quid for this fight with all the sound and technical issues…..which I have certainly done.”

And Sky Sports got a feisty response when they posted to ask: “2 rounds in, what are your thoughts so far?”

Replies included: “Be nice with some sound?” and “Where’s the sound gone?”

As fans put up similar messages, one tweeted: “Just posted same to @SkySportsBoxing livid mate I’d of been better off stealing it.”