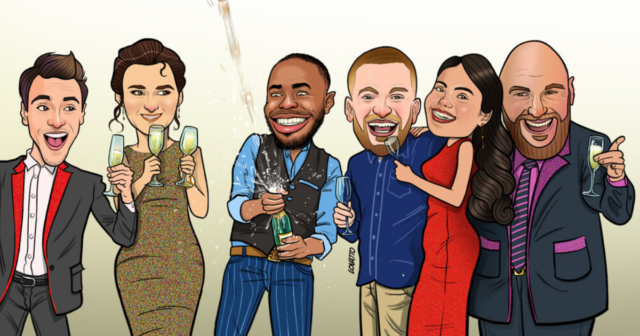 TENNIS sensation Emma Raducanu is the bookies’ favourite to win this year’s BBC Sports Personality of the Year.

But not everyone agrees.

Boxing icon Tyson Fury doesn’t even want to be nominated.

And there has been outrage that Sir Lewis Hamilton was left off the shortlist altogether.

Here SunSport reporters give their opinion on who should win and why out of the BBC’s shortlist of Tom Daley, Sarah Storey, Raheem Sterling, Adam Peaty, Emma Raducanu and Tyson Fury.

There is only one winner, as far as I am concerned. When I watched Emma Raducanu at Wimbledon, I thought I could see a top 20 player in the making.

I could never have imagined she would be a Grand Slam winner within a couple of months. Her victory at Flushing Meadows was magnificent.

Now she will shoulder the burden of carrying British tennis for a decade.

But there is something about her that makes me confident she will handle it.

And even if she cannot, nobody will ever be able to take away her achievement in New York.

LISTEN, we all know Emma Raducanu is nailed on for the BBC Sports Personality of the Year award — and so she absolutely should be.

But after a shortlist (with an emphasis on the ‘short’) which failed to include Britain’s greatest ever sportsman Sir Lewis Hamilton, after arguably his most impressive year, are the Beeb actively trying to sink their own flagship?

We can talk until the cows come home about how the SPOTY show is not what it used to be, given the BBC’s dwindling sports portfolio.

And we can bang on about whether the word ‘personality’ should even be included, when personality has rarely been a factor.

We can argue that it’s a programme watched by your Nanna, rather than genuine sports fans. Or that it always was a messy apples-and-oranges comparison business.

And, yes, nobody seems able to get anything right any more.

Yet the idea of crowning the nation’s sportsperson of the year remains a worthy one.

WHAT better way to put the final nail in the coffin of the BBC’s poxy SPOTY award than awarding it to a bloke who threatened to sue the Beeb for even nominating him.

WBC heavyweight king Tyson Fury is at war with Auntie after Gary Lineker stitched him up on stage at the 2015 version and does not want to use his huge global appeal to help publicise the corporation in any way.

So hopefully the boxing superstar runs away with the voting, snubs his red carpet invite and leaves some poor sap to stumble up on the stage and accept the award without it even being on his behalf! 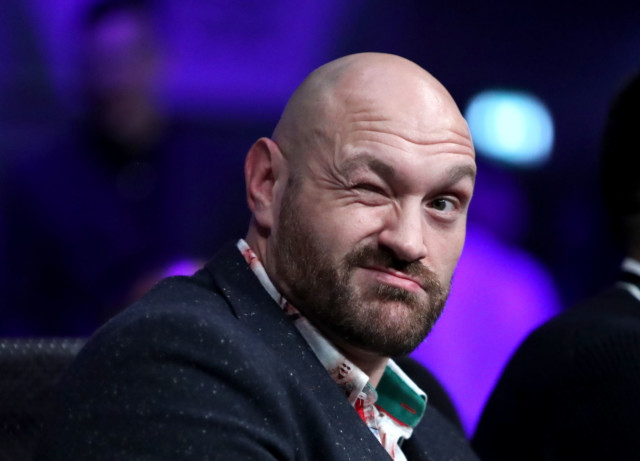 What Emma Raducanu accomplished in September — winning the US Open on her debut aged 18 and as a qualifier — was truly astonishing.

Arguably it was the most incredible British sports story of the 21st Century.

I’d be gobsmacked if she doesn’t win the BBC SPOTY Award on Sunday. She is the most deserving winner in my opinion.

An enduring sporting hero and admirable human being, overcoming deep personal grief to maintain a presence in a discipline which demands immense mental and physical strength, balance, power, co-ordination and sheer courage.

He has not stopped smiling despite standing before the whole world in budgie smugglers for almost 30 years. 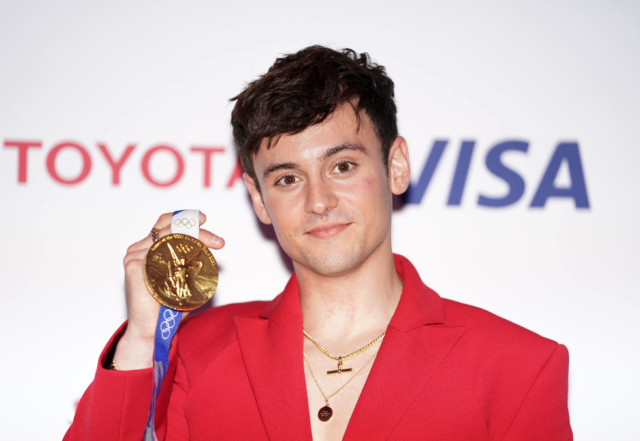 AS much as I’d love to see Tyson Fury win purely for the chaos that would follow, it has to be Emma Raducanu.

The other candidates have been responsible for some of the most outstanding sporting moments of the year…she produced one of a lifetime.

For a British female to win a Grand Slam tournament is massive – for a qualifier to do so without even dropping a set is something that may never be done again.

Tom Daley deserves respect for finally getting the gold after so many years, while Adam Peaty is supreme in his sport.

But due to the magnitude and manner of the win, Raducanu has to get the nod.

Raducanu was not just the sports story of the year but one of the greatest ever.

When the pressure got to her in the fourth round of Wimbledon last June we thought we were seeing another plucky Brit trier whose 15 minutes of fame was done.

Just a few months later she went from qualifying to lifting the US Open trophy without losing a set.

She also gave us one of the great women’s grand slam finals in beating fellow teen Leylah Fernandez 6-4, 6-3.

To think just 12 months earlier she had still been hitting the ball against the wall of her house.

She had a wonderful back story too coming from a working class background.

An only child of a Romanian father and Chinese mother both of whom made sure she achieved academically as well as in sport.

She spoke in fluent mandarin and then Romanian in addressing her supporters around the world post-US Open.

And then she showed off a perfect golf swing we began to wonder if there was anything she couldn’t do.

The best thing of all is that in every interview she has done the 19-year-old, who still mixes with the mates she grew up with, comes across as so down to earth.

Not easy in the tennis world.

What Emma did has never and will never happen again in many of our lifetimes, and for that she should be recognised.

Ending a 44-year wait for a British women’s Grand Slam singles champion, as a qualifier, is what dreams are made of not just in tennis, but sport as a whole.

Add to that she was just 18 at the time, with a personality and media presence way beyond those years, this has to be Raducanu’s title at SPOTY.

Nothing else comes close.