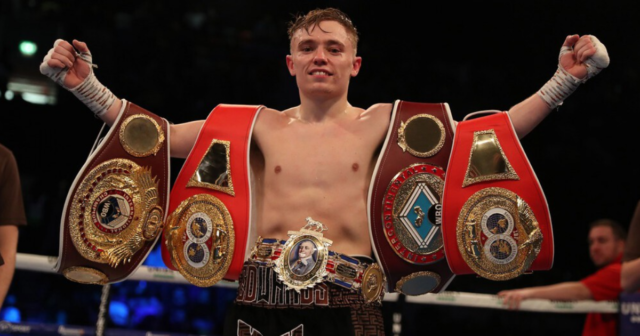 SUNNY EDWARDS defends his IBF flyweight title against Filipino contender Jayson Mama in his next fight this weekend.

The Brit hasn’t fought since a decisive points win over Moruti Mthalane back in April.

Sunny Edwards will defend his IBF title against Jayson Mama

And now he has to deal with mandatory challenger Mama, who was supposed to fight Mthalane for the IBF strap earlier this year.

The fight was supposed to happen back in September, but Edwards picked up an injury, forcing a three month delay.

When is Edwards vs Mama?

What channel is it, can it be live streamed, is it FREE?

“You see time and time again when people go in thinking they’re levels above someone, they usually get shown they’re not,” Edwards has said.

“It’s about showing them levels in the ring. I know I’ve got a threat against me. I know Mama is a very dangerous opponent.”

“He’s very heavy-handed, he likes to plant his feet and let big shots go, it should make for an interesting clash of styles. He’s definitely not overlooked or underprepared for.”

Did you miss our previous article…
https://www.sportingexcitement.com/boxing/tyson-fury-tells-wife-paris-smile-mummy-in-cute-family-photos-with-baby-daughter-athena-during-well-earned-break