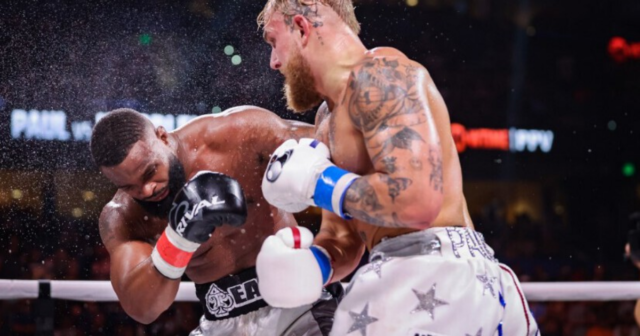 ESPN Ringside gave fans the opportunity to vote for their favourite KO of 2021 with a poll that included some of the most brutal stoppages of the year. 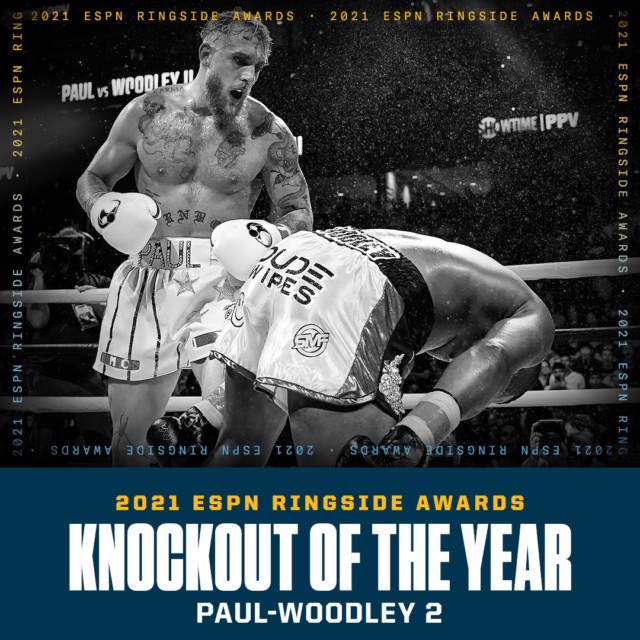 Paul’s viral sixth-round KO of Woodley was among the contenders for the finish of the year and won the honour by a landslide.

But longtime followers of the sweet science were far from happy, with one saying: “It was a brutal KO, but I kinda feel bad for the actual boxers like [Oscar]Valdez who kinda deserve it more IMO

Another said: “State of boxing nowadays.”

And another said: “This is effing ridiculous.”

One remarked: “ESPN Ringside turned their back on professional boxers who actually fought their hearts out in Title Fights!

“For a million-dollar gimmick KO!”

Another chimed in: “So KOing people who aren’t boxers wins awards now? How far boxing has fallen.”

But that notion has been rubbished by Woodley’s long-time coach Din Thomas, who said during an appearance on Sirius XM Radio: “That whole theory, it makes me laugh.

Former Disney star Paul, 24, was due to lock horns with Tommy Fury this month before the Love Islander withdrew from their grudge match due to illness and injury.

But the Problem Child is seemingly not interested in facing the youngest Fury brother any time soon. 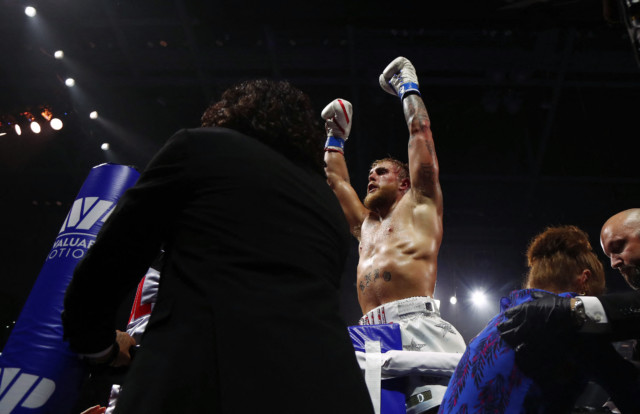 He said: “I don’t really know what’s next on the roadmap. I’ve done it all, I’ve accomplished what I want to accomplish.

“I’m exhausted, I need to spend time with my family at Christmas and go on a vacation, I haven’t gone on a vacation since I was 18 years old.”