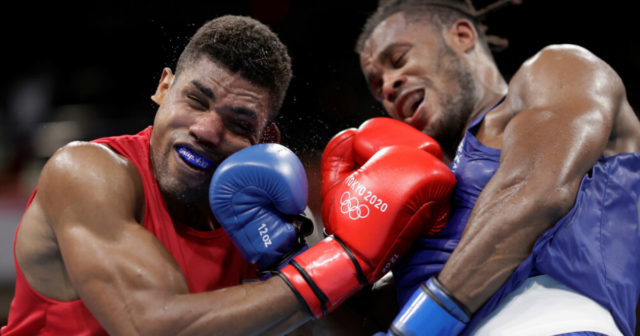 HEAVYWEIGHT Cheavon Clarke became Britain’s second casualty of the Games as he slumped to a majority defeat to Brazilian Abner Teixeira.

Kent thumper Clarke returned to the sport after taking time out to work as a delivery driver.

Cheavon Clarke, right, was dumped out of the heavyweight Olympic boxing in the last 16

But he lost his way after taking the opening round with three of the judges.

Teixeira frustrated the Brit with his spoiling tactics.

And he was narrowly in front at the end of the second.

Although Clarke tried to take the contest to his opponent, too many of his shots missed their target, allowing the Brazilian to claim a 4-1 victory.

It was a sad end to what had been another promising GB day in the boxing ring.

McCormack, 26, whose twin brother Luke has already made a winning lightweight start, was simply far too good for Aliaksandr Radzionau of Belarus.

The Londoner had more problems with a slipping headguard than her Balkan opponent, taking every round with each judge.

She now faces Rashida Ellis of the USA in the last 16. 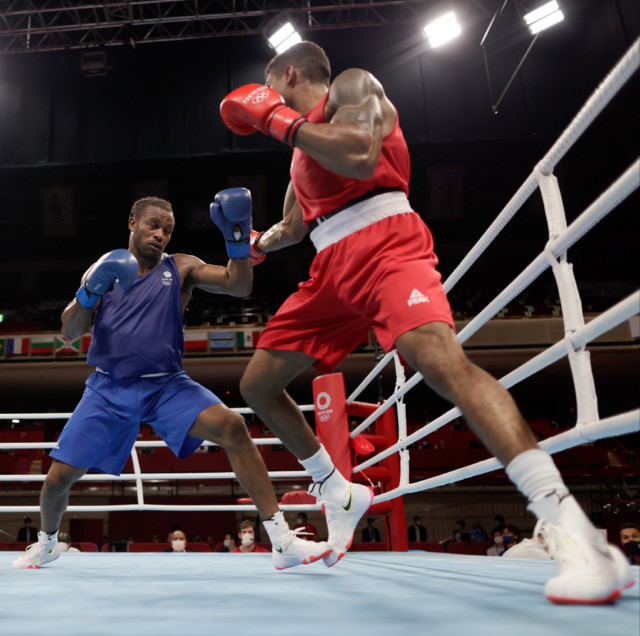 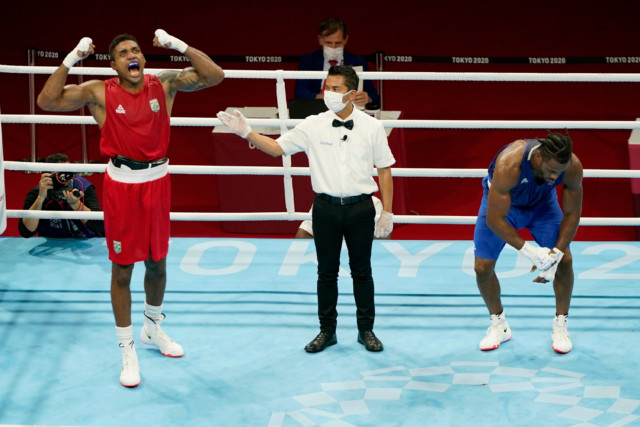