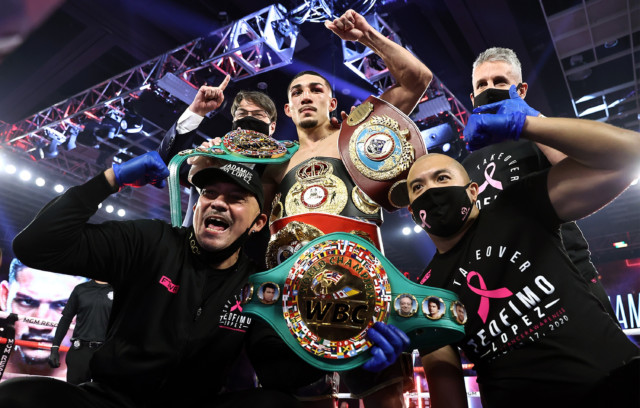 TEOFIMO LOPEZ has called out by UFC star Henry Cejudo for a fight just over a day after shocking the world to beat Vasyl Lomachenko.

The American put on a supreme performance at the MGM Grand in Las Vegas on Saturday night to easily outpoint the boxer ranked by many as the pound-for-pound king.

@teofimolopez congratulations on your unification. Be a good babysitter and watch over Daddy’s belts! #younext

One judge gave it to the 23-year-old by TEN ROUNDS, such was his dominance in the fight.

It meant Lopez added the WBA, WBO and WBC ‘franchise’ belts to his IBF strap and is the undisputed lightweight champ.

The 33-year-old Californian uploaded a video of him clapping Lopez after watching him outpoint Lomachenko while wearing a crown on his head.

He captioned it: “@teofimolopez congratulations on your unification.

“Be a good babysitter and watch over Daddy’s belts! #younext.”

Cejudo isn’t the only one to call out Lopez after his stunning dismantling of 32-year-old Lomachenko at the weekend. 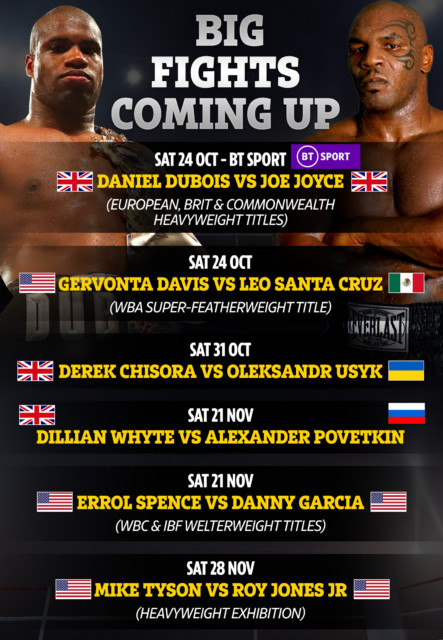 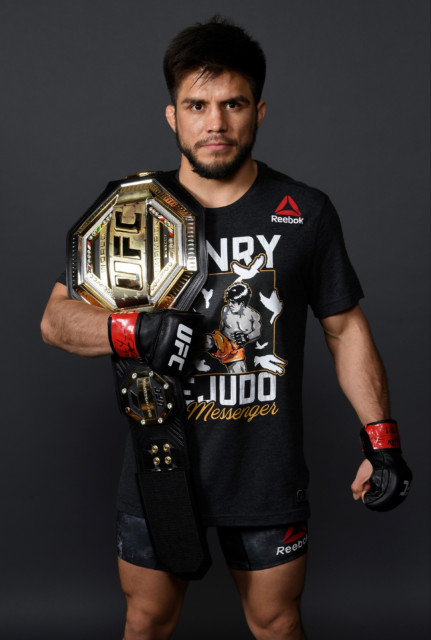 I got my fight against luke Campbell but I would love to fight Lopez, there is still a lot of unanswered questions in this lightweight division

“There is still a lot of unanswered questions in this lightweight division.”

And Devin Haney, who holds the WBC ‘regular’ belt, also wants a crack at Lopez.

After being called out himself by Lopez in his post-fight interview, Haney tweeted: “Lopez vs Haney 2021. Let’s do It! #AllTheBelts.”

That looks a likely option with the WBC then able to combine their two belts into one.

While Lopez’s victory, and the one-sided one at that, will have shocked many, one boxing champ won’t have been surprised. 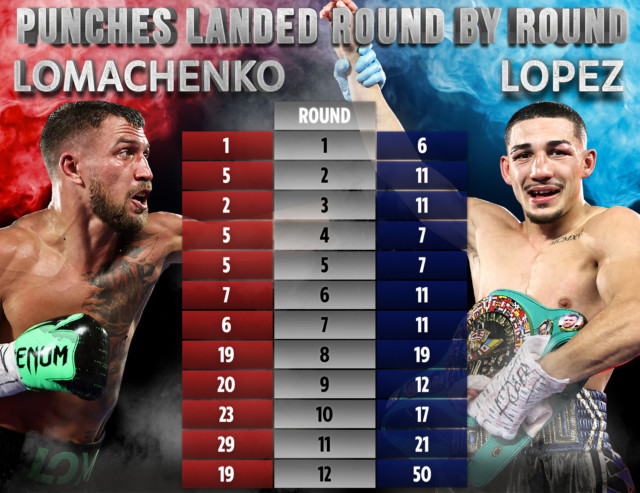 Tyson Fury predicted the New Yorker would spring a surprise on Lomachenko – after branding him a ‘heavyweight on tiny legs’.

Speaking after seeing Lopez beat Richard Commey to win his IBF belt, Fury told iFL TV: “Let me tell you; Richard Commey is a very good fighter, and I’m a big fan of him as well.

“And he’s the biggest little man I’ve ever seen.

“He’s the biggest heavyweight on the planet, barring nobody, and I’ve got to back what he says.

“No Lomachenkos or nobody, because he’s a heavyweight on two tiny legs with speed and power.”