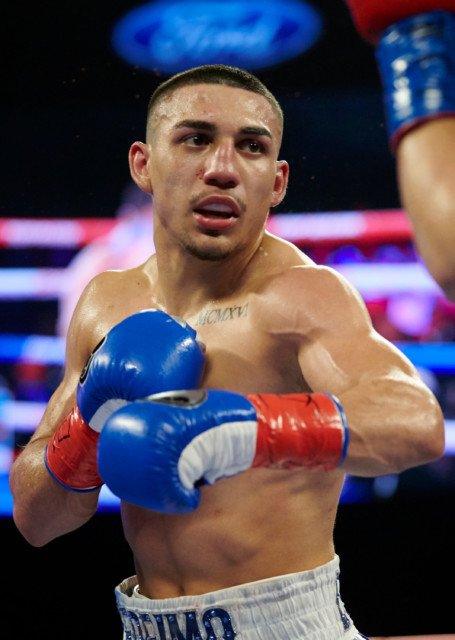 TEOFIMO LOPEZ will make it his mission to get rid of ‘fraud’ Devin Haney from boxing and vowed to ‘take him out’.

The lightweight pair have long rivalled each other, with their feud only escalating as they both claim to be the rightful WBC king.

Ukrainian Vasiliy Lomachenko did have the crown, until he was moved to ‘Franchise’ champion in October 2019, meaning he was free from mandatory defences.

American Haney was then elevated from ‘interim’ champion to the full belt without even fighting.

The waters were further muddied in 2020 when Lopez upset Lomachenko to win the WBA, WBO and WBC titles, adding to his IBF strap.

Having beaten the champ, many considered him the rightful WBC ruler, but the green and gold belt Haney proudly wears argues otherwise.

Lopez wants to settle the score once and for all, but reveals his desire to fight the fellow unbeaten star cuts far deeper than a title debate.

He told SunSport: “It’s not really the WBC dispute, because I am undisputed, it’s in the books.

“The thing is, it’s more than that, I do not believe this guy belongs in the sport, he’s a fraud, he’s a fake. I can’t respect someone like that.

“And the whole thing is just trying to take him out, he’s done what he has done but this guy’s been fed his whole life on a silver spoon.

“Only those that know him, know him and understand what I mean. I just want the guy out, I need him out.

“But, these guys are scared, they really are running away and I wish that people could really see that part, but they’re not going to show that.

“There’s so many fakes in this world too, so when they fake it, they make it, and they’re all fake.”

Lopez, 23, and Haney, 22, have twice shared the ring before in two separate sparring sessions in Las Vegas.

Both have argued they were the superior operator and each had the backing of their dads, who train their sons.

Lopez opened up on the heated spars, and hopes the next time they meet, the head guards and 16-ounce gloves will come off.

He said: “It was more talking from his side than any action.

“Him and his dad, they talk so much and the whole time he was just throwing jabs, talking and backing up when we had our interactions in sparring. 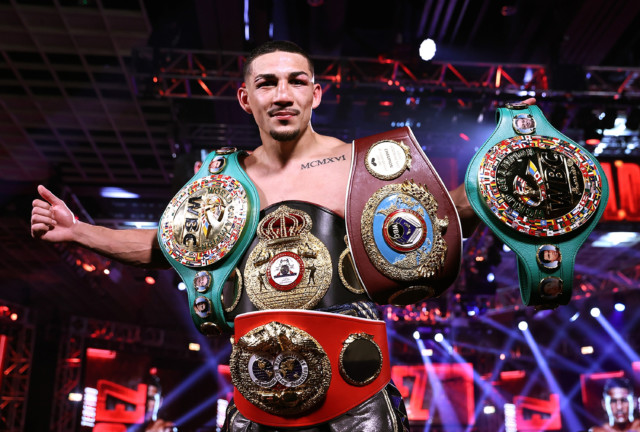 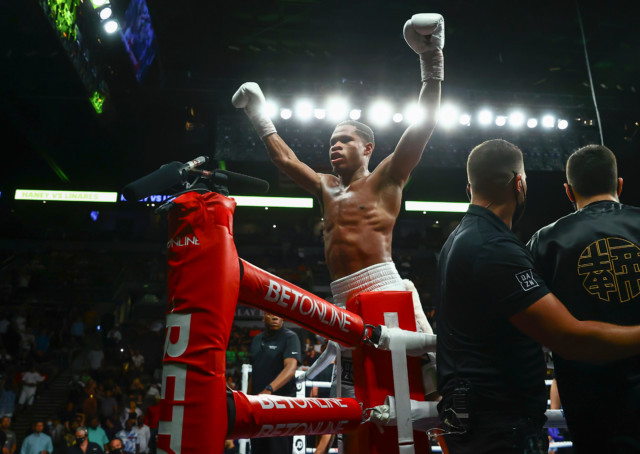 “But it’s going to be different with eight-ounce gloves in there, and hopefully making that fight happen.

“That’s the thing, it’s so hard nowadays, I didn’t expect it to be this hard to make fights happen.

“I thought these guys were as hungry as myself, but I guess I’m built and made from a different cloth.”

Before Lopez can dream of a super-fight with Haney – who beat Jorge Linares in May – he first has to deal with mandatory challenger George Kambosos Jr.

Aussie Kambosos, 28, looks to upset the 135lb applecart on Saturday as they headline on Triller.

Lopez said: “I don’t take any guy that’s in front of me lightly. Why? Because you’re not supposed to.

“The other reason is because I know this guy is here to take my bread and butter, that guy’s there to take all the belts I worked so hard for.

“All the sacrifices and work ethic I put into this, that’s all I’ve ever done in this sport and that’s what it’s all about, making sure that stays.” 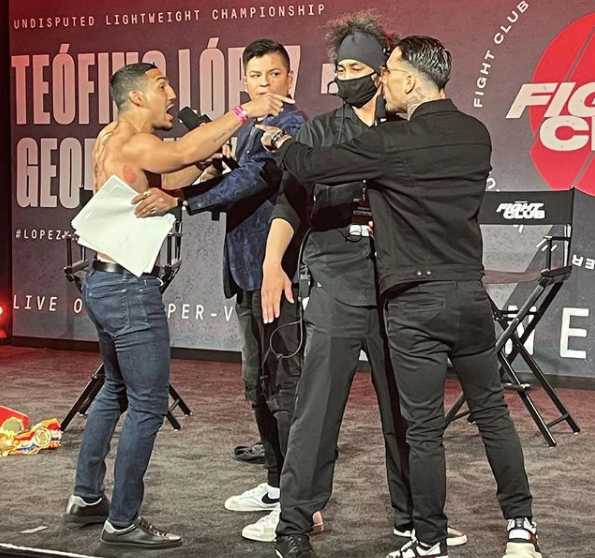