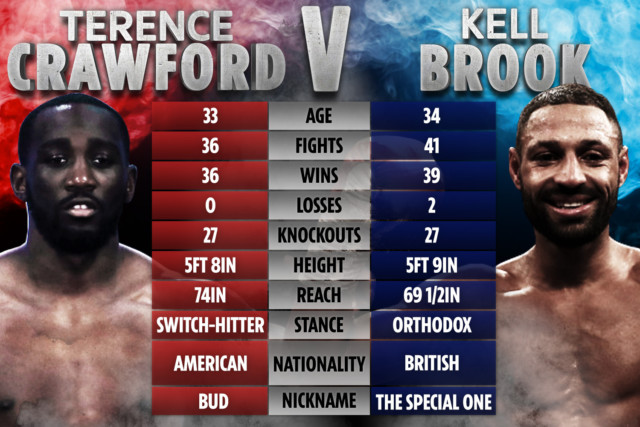 KELL BROOK makes his return to the ring this weekend against pound-for-pound kingpin Terence Crawford.

Unbeaten superstar Crawford, 33, puts his WBO welterweight title on the line in the blockbuster bout over in Las Vegas, and unlike the majority of Brook’s previous fights, this time it will NOT be broadcast on Sky Sports.

How the fighters compare ahead of the huge bout

When is Crawford vs Brook?

What live stream and TV channel is Crawford vs Brook on? 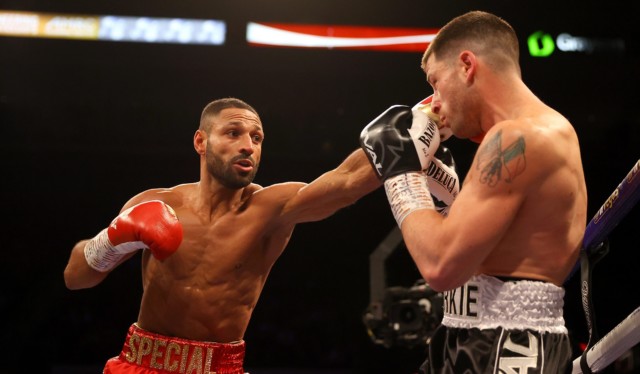 Who is the Crawford vs Brook undercard?

Why is Brook not fighting on Sky?

Brook boxed on Sky for most of his career, and even though he has now signed for Arum, he recently revealed his disappointment Hearn failed to get a deal done for it to be shown on Sky.

The 34-year-old had said: “I’ve always been a Sky Sports fighter, been in with Shawn Porter, Errol Spence, Golovkin. I’ve made some amazing nights with Sky Sports.

“The fans, I wanna give back to people that subscribe to Sky Sports, I want my fans to see me fight the pound-for-pound king in Crawford.

“But it’s not come off the way I wanted it to come off so I’m absolutely gutted.”

He also claimed he got Hearn ‘out of jail’ by fighting Triple G in 2016 as the promoter was ‘more interested’ in signing copies of his soon-to-be released book.

However, Hearn has come out swinging in an interview with iFL TV, saying: “I was really disappointed to be honest with you, and I was quite angry. 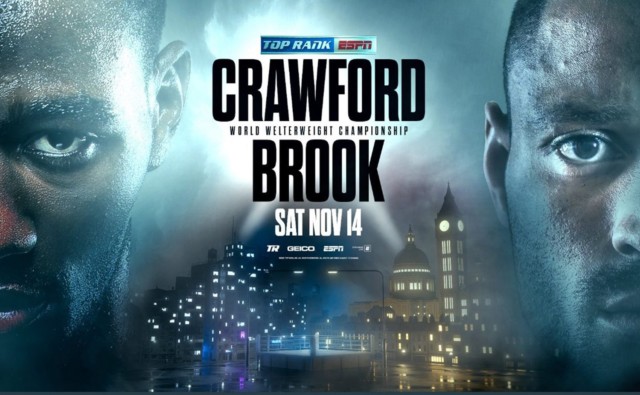 “Let’s just start with the Crawford fight and Sky situation – When Amir Khan boxed Terence Crawford, Kell Brook flew out there and he was talking to Top Rank.

“He had meetings with Top Rank probably about that fight and probably about other fights as well which didn’t go down very well with me to be honest with you. I’m an all or nothing kind of guy.

“I was never involved with one conversation they had with Top Rank regarding this fight, no consultation, no opinion from me, no part of the negotiations of the deal whatsoever.

“They chose to do this to all them. Was that because they didn’t wanna pay me? Or they wanted to go their separate way?

“Once you turn your back on me, don’t ever turn round and start walking back to me. You’re either with me or you’re not.”