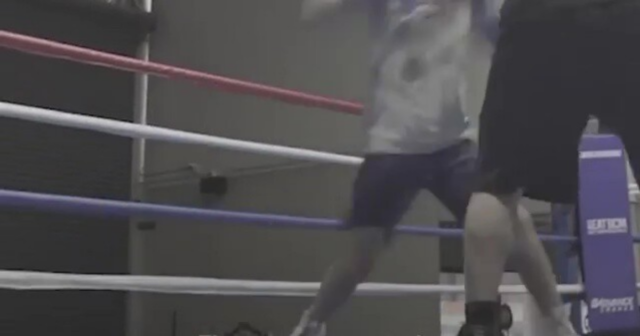 GEORGE KAMBOSOS JR proved the right hand he dropped Teofimo Lopez with was no hit and hope.

Kambosos, 28, had Lopez, 23, down in round one of their lightweight world title fight in New York.

And he later went on to capture the WBA, IBF, WBO and WBC ‘Franchise’ belts with a heroic upset.

The early knockdown put the wheels in motion and Kambosos had it all mapped out before the fight.

A clip uploaded by BOXRAW revealed the Australian practising the overhand right which decked Lopez.

Kambosos later said: “I set him up beautifully. That was not a lucky shot. That was many months of setting that shot up. Working on that shot.”

The newly-crowned champion, who also got up off the deck in round ten, is set to stay Stateside and watch Devin Haney defend his WBC belt against JoJo Diaz.

Haney’s promoter Eddie Hearn wants to set up a massive undisputed title fight with Kambosos, if the American, 23, beats Diaz, 28.

Hearn told Boxing Social: “It was such a brilliant performance, so I think it’s disrespectful to say that George Kambosos is an easy touch.

“He just beat Teofimo, who beat Lomachenko. So George disserves respect and credit, and right now, he’s the man. I don’t mind saying it.

“Devin Haney is my man, but massive respect for George and his dad. But right now, George is the man; he has the standout victory in the division.

“And this win for Devin this Saturday will be another standout victory, and then the two must meet.” 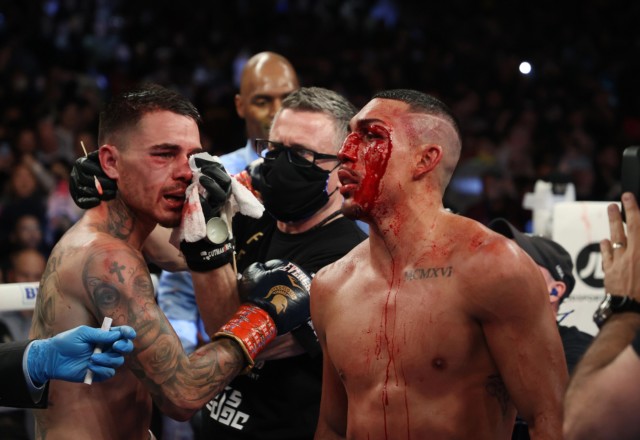