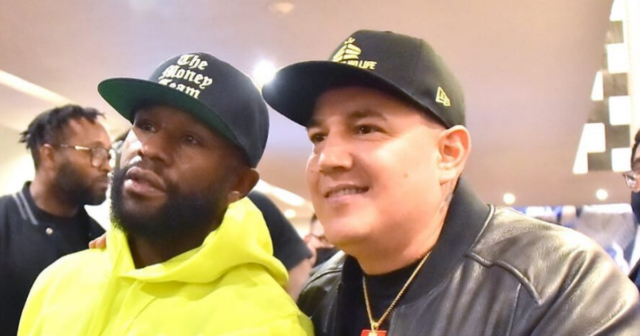 Canelo has only once been beaten in his 60-fight career, as a 23-year-old against Mayweather in 2013.

His trainer Eddy Reynoso recently linked up with the American legend at the WBC’s annual convention in Mexico and they posed for a picture.

It was there Mayweather, 44, named 25-0 former super-middleweight champion Benavidez as a potential opponent for Canelo.

He said: “We like Canelo Alvarez, but Gervonta Davis, Errol Spence, Terence Crawford – there are so many other great fighters out there.

“David Benavidez is a helluva fighter also; that’s a good test for Canelo.

“We had a chance to clash, two undefeated fighters, and we gave people what they wanted to see.”

But the Mexican, who has won titles in four divisions as high as light-heavyweight, now has his eye on a FIFTH weight.

It means Benavidez, 24, and other super-middleweight contender will face a wait to fight divisional king Alvarez.

Canelo said: “Right now I can do whatever I want. I faced all the 168lbs world champions, I took the title from all of them. Now I do what I want.” 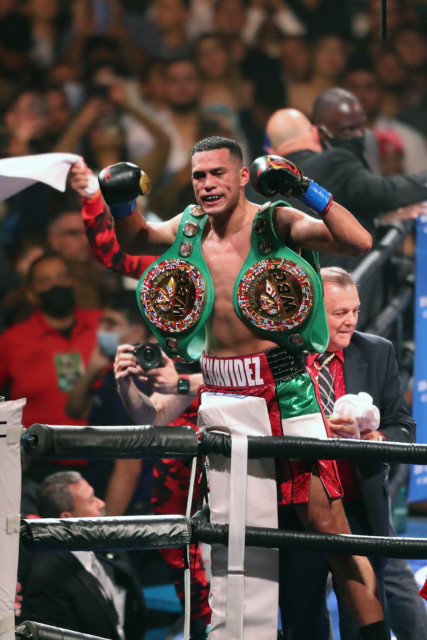