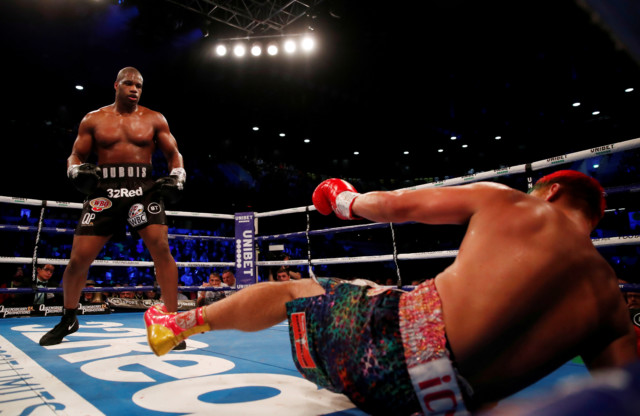 Boxing bible BoxRec still has 54-year-old Oliver McCall in their top 65 after he last boxed in 2019 in a small-hall Italy show and Oleksandr Usyk is a mandatory challenger ranked No3, despite just one fight at heavyweight for the cruiserweight legend.

Dillian Whyte has been the WBC’s No1 ranked challenger for almost three years and – thanks to the Tyson Fury vs Deontay Wilder trilogy – is still miles off a shot at the green and gold he has invested a fortune in chasing.

And Adam Kowncaki – the red-hot Polish ticket seller tipped to rise to the top – was walloped by average Finnish contender Robert Helenius last time out, to prove once again that one punch really can change everything in the blue riband division.

Who fancied Andy Ruiz Jr to stun Anthony Joshua last June or Tyson Fury to walk down and destroy Deontay Wilder like a Mexican gunslinger in their rematch?

With Fury, AJ and Wilder now tied up in rematches, mandatories and hopefully an undisputed decider in the next year, SunSport looks at the young bucks who could burst on the scene and make serious cash.

Last time out in Saudi Arabia, like a lot of the fighters on the Anthony Joshua vs Andy Ruiz 2 undercard, he looked off his usual pace.

But solid names like Kevin Johnson and Eric Molina are now on his record – as is Brit gatekeeper Tom Little – after a celebrated amateur stretch.

Thank you Saudi for unforgettable night! Massive respect to all my loyal fans around the world for love & support, we’re just getting started! 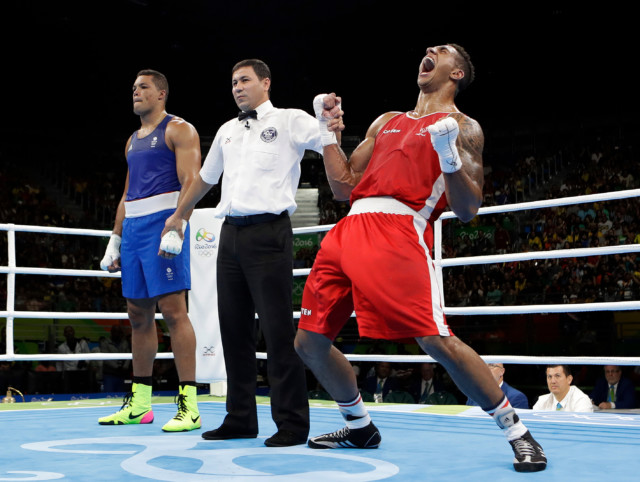 The Peacock Gym starlet’s future on this list hangs in the balance when he eventually faces Joe Joyce in a mouth-watering delayed fight, originally scheduled for April 11, but now happening October 24.

A win would catapult the Greenwich powerhouse into world title contention for the end of 2021- 2022, while a defeat against the 34-year-old Juggernaut will set his career back while boosting Joyce’s own underrated credentials.

With very little amateur experience, Dubois is learning on the job, rapidly.

Nathan Gorman was his biggest test to date – for the British title – and was dismantled inside five July rounds.

Victory against Joyce will confirm Dubois as the hottest heavyweight prospect on the planet. 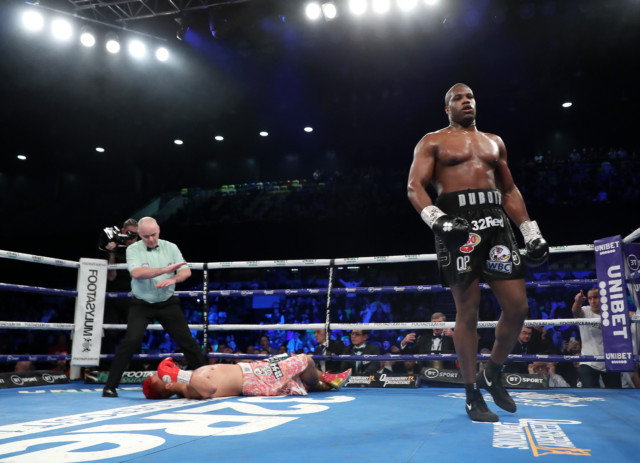 Daniel Dubois made light work of Kyotaro Fujimoto back in December

The former cruiserweight has only been in the division for two years, after losing a tight decision against undisputed king Usyk, and already has scalps like Martin Bakole and Sergey Kuzmin.

He should also have 40-year-old veteran Alexander Povetkin’s name on his bedpost but a Russian judge backed his compatriot when they boxed in Saudi Arabia in December, so Hunter was left with a cruel draw.

Hunter is the oldest name on the list but he is fresh to the division, brimming with talent and confidence and an absolute nightmare to deal with.

The predatory fighter has called out AJ and just about every other elite heavyweight, with hopes now focused on a meeting with ex-WBO king Joseph Parker soon. 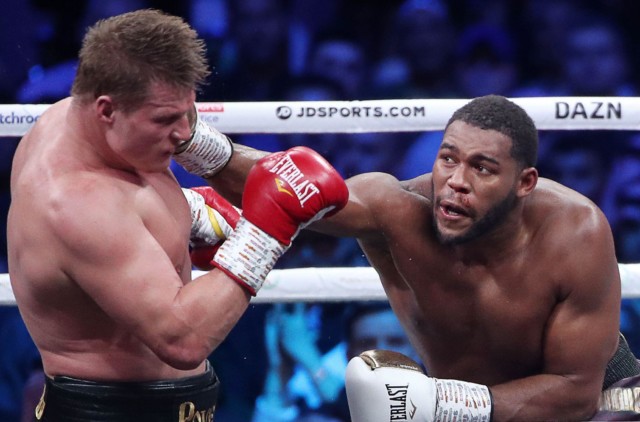 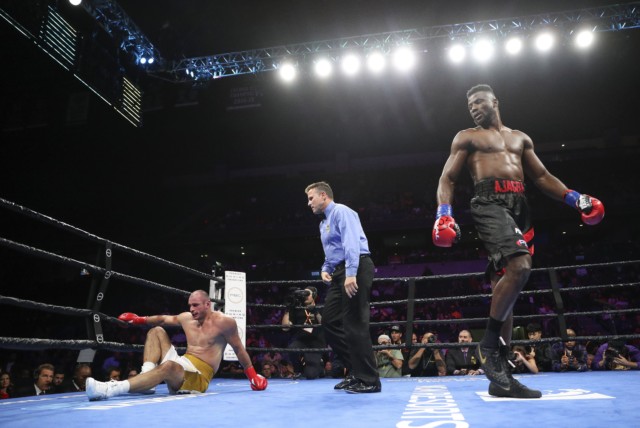 The Cuban Flash joined up with trainer of the year and Canelo coach Eddy Reynoso at the end of 2019 and got their partnership off to a flyer with a unanimous decision win last month.

Much like fellow Cuban heavyweight Luis Ortiz, Sanchez is already being accused of being older than his listed 27, and his management team are certainly not hanging around for him to slowly learn his trade. 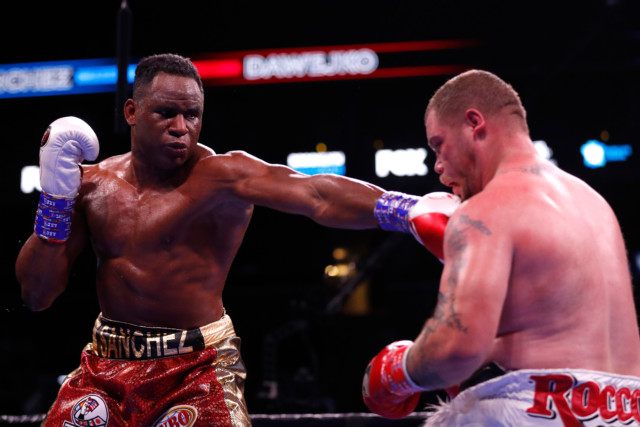 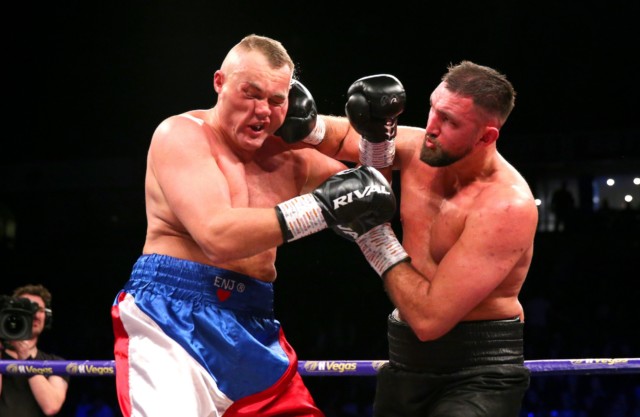