‘They’re cheating, fight’s off!’ – John Fury threatened to call off Klitschko vs Tyson hours before the opening bell
Advertisement 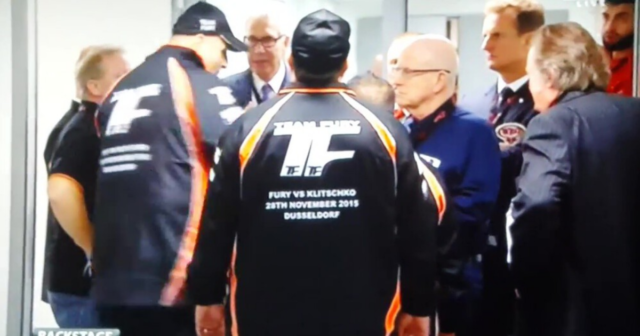 When the Fury family arrived to Dusseldorf in Klitschko’s adopted home of Germany in 2015, they immediately checked the ring out in the Esprit Arena. 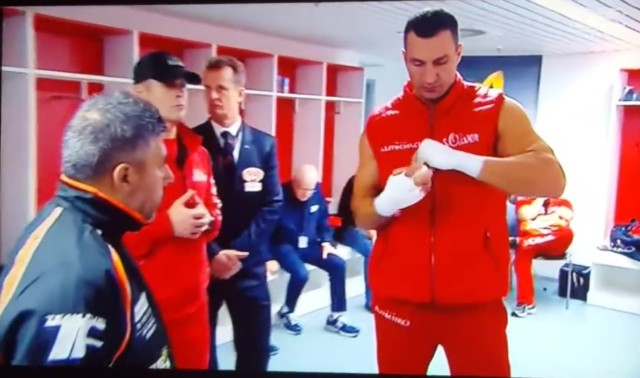 Wladimir Klitschko was made to wrap his hands again

But they felt the foam in the canvas was too thick and would eliminate Tyson’s ability to move around the ring an utilise his footwork.

Standing firm, they refused to fight until the ring was ripped up and a layer of foam taken out, believing they were being cheated.

The astonishing row was captured on Sky Sports Box Office at the time, as John argued with Klitschko’s manager Bernd Bonte.

“Forget about it, it’s off. It’s off, it’s over, they’re cheating all the way these people. The fight’s off, forget about it.”

Klitschko was even made to re-wrap his hands, as no member of Fury’s team was present while they were being put on.

Eventually, it was Klitschko’s older brother Vitali who settled the dispute.

The former champion made sure the underlay in the ring had been torn up and the canvas re-laid.

In the end, Fury, now 33, went on to bemuse Klitschko, 45, to a stunning win on points, using every bit of the ring to bob and weave.

The pair were signed to a rematch but unfortunately the Gypsy King fell into depression and by 2016 relinquished his belts.

But it paved the way for one of the most remarkable and inspirational comebacks in all of sport.

Fury, who had ballooned up to almost 30 stone, returned to the ring in 2018 and after three fights challenged for Deontay Wilder’s WBC belt.

He was handed only a contentious draw but won the rematch last year, recapturing heavyweight gold five years after his upset over Klitschko.

Fury has since beaten Wilder, 35, again to cement himself as the No1 heavyweight in the world, unbeaten in 32 fights. 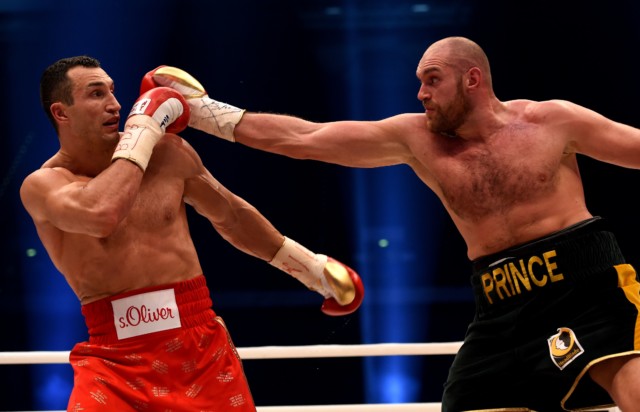 Wladimir Klitschko was beaten in 2015 by Tyson Fury Tyson Fury ballooned up to 30 stone 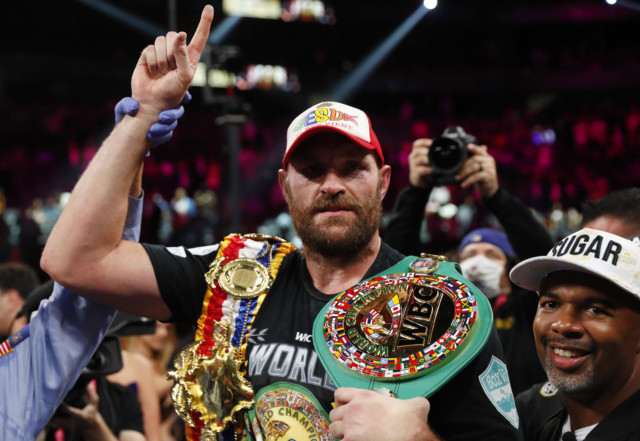 Unbeaten Tyson Fury has proven himself as the heavyweight No1
In this article:adoptedhome, wladimirklitschko, worldtitle