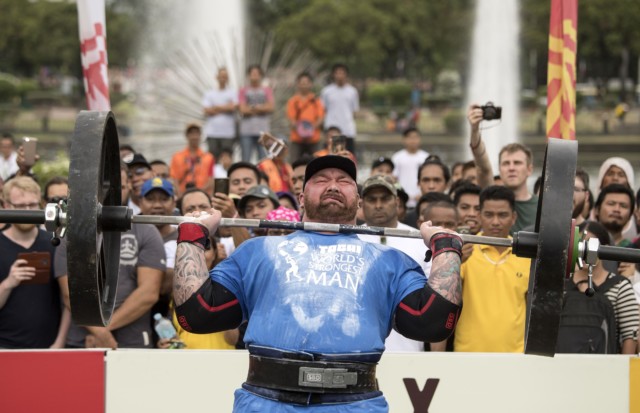 GET ready for one of the craziest boxing bouts of all time as Hafthor ‘Thor’ Bjornsson faces Irishman Steven Ward.

The former Game of Thrones actor – known as The Mountain in the hit show – is a boxing novice but former World’s Strongest Man.

The ex-strongman is set to make his boxing debut

There is almost a TEN stone weight difference between the two fighters, with former WBO European light-heavyweight champ Ward tipping the scales at 15st 5lb on Thursday.

He will be dwarfed by the Icelandic giant, who is 6ft9 and weighed in a whopping 24st 5lb.

How the pair stack up ahead of their Dubai bout

Thor is set to face Eddie Hall – another World’s Strongest Man star – in the ring later this year and this will be the perfect opportunity to hone his skills.

Originally meant to take place in Iceland, the bout is now being held at the Conrad Dubai and will be fought over three rounds of three minutes.

When is Thor vs Ward?

You can watch every fight from the card live on CoreSports here in the UK.

Sadly it won’t be broadcast on TV.

A one-month membership to CoreSports costs £1.99, while the streaming service are also offering a special Eddie vs Thor annual subscription price of £19.69.

Carl Frampton, Bas Rutten and Chris Lloyd will be in the commentary booth.

The main event is also expected to be streamed on Thor’s official YouTube and Twitch channels.

Alternatively you can follow all the action right here with our SunSport live blog.

Is there an undercard?

There is indeed, with the card featuring unbeaten Irish welterweight Rohan Date. 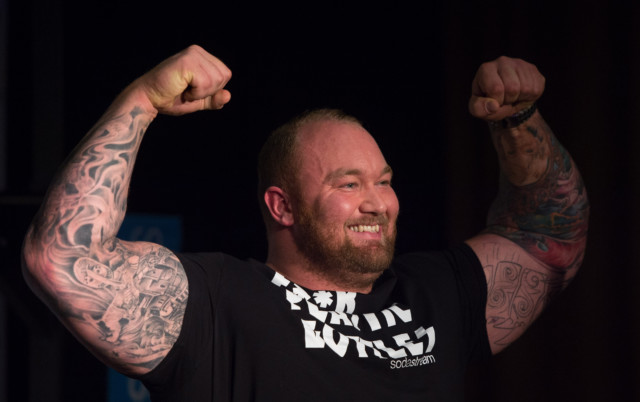 Steven Ward: “When I was asked about the exhibition with Thor, I said, ‘Who?’

“I hadn’t a clue who he was and neither had my wife Cathy, and then when I showed her a picture of him she was shocked.

“I think she has me dead and buried – she’ll have the life insurance policy papers out when I’m in with him!”

“It has been a weird one to prepare for, because Bjornsson is so big”.

Thor: “Stepping in the ring with a professional boxer will not only showcase what I have learned but also give me the opportunity to find out what I need to work on in the months to come.

“I’m very excited for this learning opportunity and to ‘roll with the punches’.

“We thought it was a great fit even though there’s a huge size difference there, but there’s also a huge difference in skill as well.”