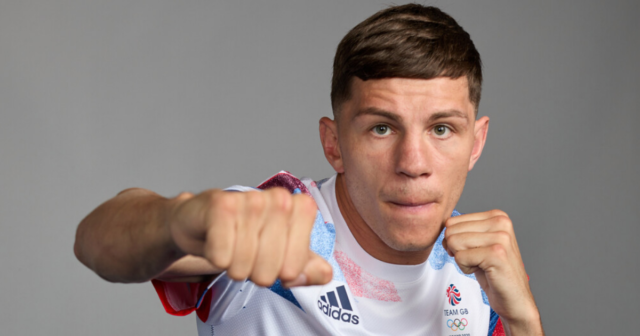 The boxing twins from Sunderland, 26, do not shy away from their bad boy pasts.

Pat admitted: “If you are around bad stuff you can get dragged into it.

“Without boxing I definitely know my life could have turned out an awful lot worse. It’s kept me out of trouble.”

Despite that, neither welterweight Pat nor lightweight Luke really trust themselves if they are let off the leash.

So being confined to their training camp in Yokohama, and now the Olympic Village, is the only sure way they will not waste their chance to become the first British brothers to win gold.

Luke said: “It’s got my head a little bit battered having to stay in all the time.

“But if we were allowed to do whatever we wanted to do, after we finished training at six o’clock we’d be off and out.

“It’s worked out better for us because you can’t make any mistakes.

“When you come over here there’s a lot of stuff to do to get sidetracked. But in the hotel you’re eating right and going to bed early, at 9.30pm.

“A late night can mess you up. We’re making the most of it.

“When we’re in camp we call it ‘jail craic’ because we’re with each other all the time. So it’s just like jail craic.” 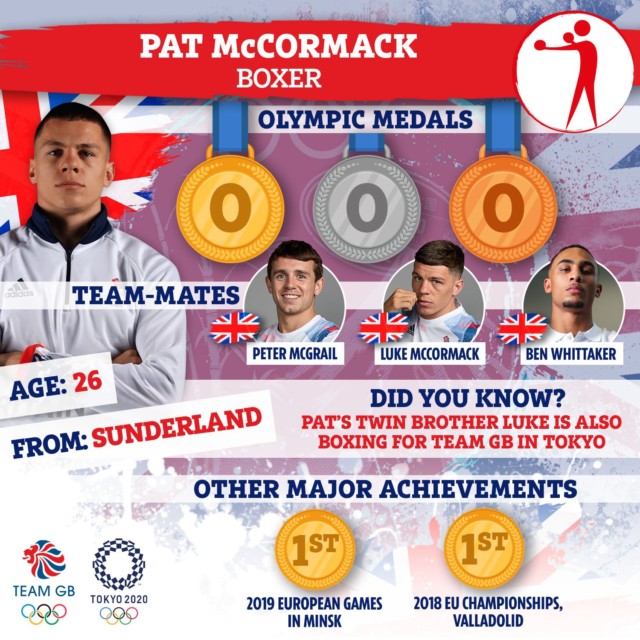 That the twins’ banter has an edge is not in doubt. They are, unquestionably, instinctively hardcore party animals.

But both can fight, too, part of a crack squad that has the quality to exceed the five medals — including golds for Anthony Joshua, Luke Campbell and Nicola Adams — won in London 2012.

Pat is world No 1 and favourite for gold, with team captain Frazer  Clarke calling him “the standout  fighter” in the squad.

He has what it takes in his division, after missing out on selection in Brazil   — although there was an upside.

Luke recalled: “It was tough not to make it to Rio but I knew my time would come.

“I always knew I would make it to Tokyo. I’ve improved probably ten times.

“When Pat came back, everybody thought I was him. So I was getting free drinks every weekend. It was cush.” 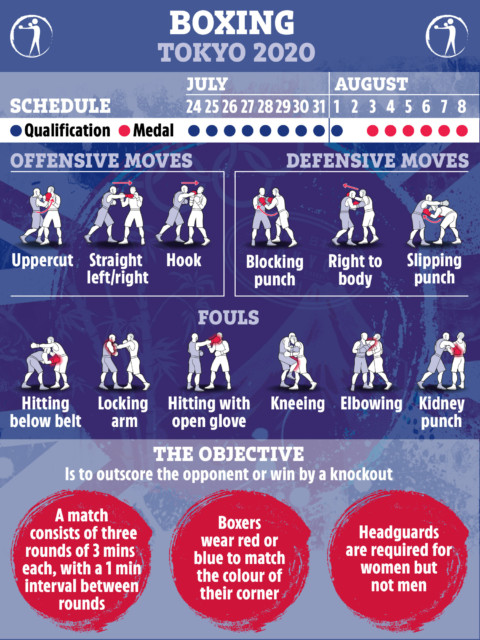 Pat, though, has an Olympic score to settle, still convinced he was robbed in his last 16 clash against Cuban bronze medallist  Yasniel  Toledo last time out.

He said: “If I can win the Olympic gold I know I will become a big name 100 per cent because of what the sport means.

“It’s the biggest stage an amateur can get, with the world watching. It’s your chance to become a hero.

“I know I belong at the very top level. I’ve done my apprenticeship and had my bad decisions and I’m looking to bring the gold home.

“Being the No 1 seed makes me feel better because I’m meant to win it.

“I was seeded No 1 in the Europeans and got gold and No 2 in the world when I got silver so I want to be No 1 seed because I know I can meet that.

“I’d rather be the No 1 seed, expected to win gold, than the underdog who had to pull out a big win.”

Although maybe, just maybe, not against his fiercest rival of all.

Luke added: “If we’re playing a game against each other there’s a high level of competition.

“We’re not really allowed to spar much because it gets out of hand. It always did when we were younger.

“But when it comes to boxing, there’s no rivalry. I want to see him win and he wants to see me win.”