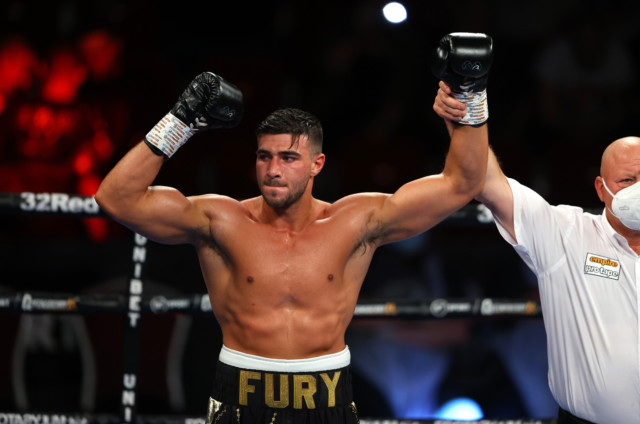 TOMMY FURY has been backed to knock out ‘trash’ Jake Paul in four rounds by boxer Ahmed Elbiali, who has sparred BOTH men.

Fury, who starred in reality TV show Love Island in 2019, and YouTuber Paul have been feuding online in recent months.

Talks between opposing camps were held but the celebrity mega-fight has been shelved to allow the rivalry to build further.

One man in a position to compare the two is 20-1 Elbiali, who has shared rounds with the pair.

Elbiali believes there is no comparison between Fury, 22, and Paul, 24, as he offered his definitive prediction.

He told SunSport: “Tommy in four rounds. He is still getting used to the pro game, whereas Jake is just starting and he’s not fighting boxers.

“After sparring Tommy, I was like he’s a very humble dude, he’s a regular, good old fashioned man which is really good to see.

“He’s a young man, he has fame, I’m sure he has money in his pockets but he treats us really well and that’s surprising as we’re in a similar weight class. 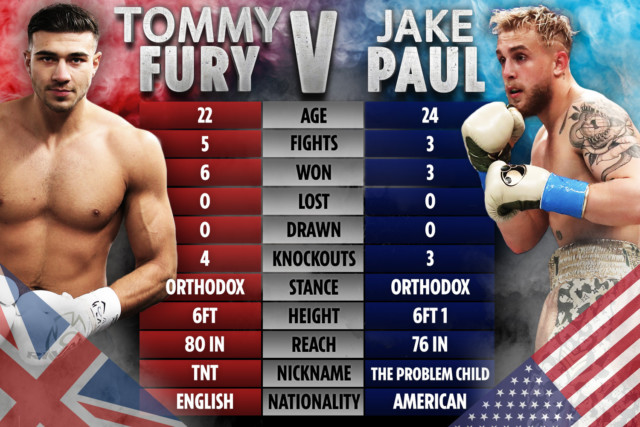 “There’s competition but really much respect to him, he respected my experience and we shared a lot of knowledge in the ring.”

His legion of new fans and followers have seen him move to 6-0, with his latest win on points against Jordan Grant, his first opponent with a winning record.

Paul on the other hand has taken a different approach, going the pay-per-view route, facing other named fighters.

But he so far only beaten online rival ‘AnEsonGib’, basketballer Robinson, 37, and retired UFC welterweight Ben Askren, 36, a renowned grappler.

Paul’s next fight is his biggest step up to date against ex-UFC champ Tyron Woodley, 39, who reigned from 2016-2018 with seven KOs to his name.

But still, Woodley comes into his boxing debut on August 28 of the back off four defeats, without a win in three years. 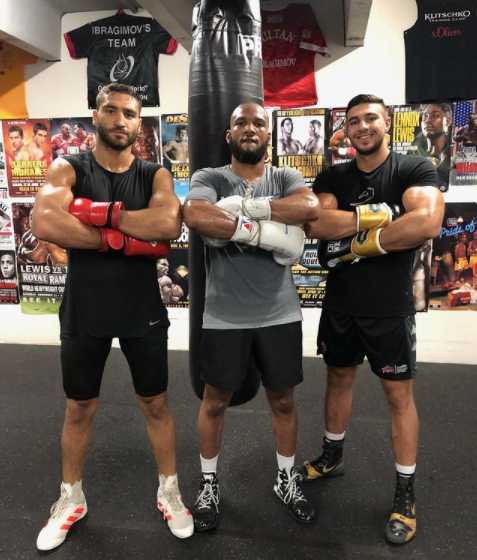 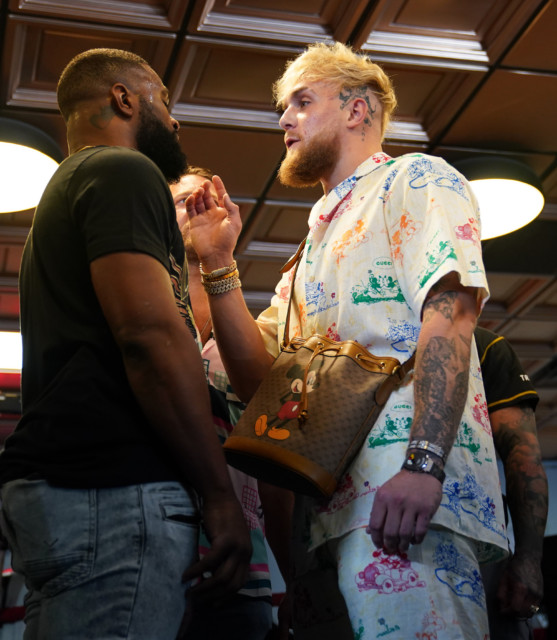 Elbiali provided a brutal assessment of Paul and Woodley, as he accused boxing promoters of careful matchmaking.

He said: “Jake’s about to fight Tyron Woodley but I see that as garbage versus trash and I got trash winning by knockout.

“That’s exactly how I see it. Tyron is a really good MMA world champion but he’s garbage at boxing and Jake is just pure trash.

“I saw some videos of Woodley and I was like, ‘This is so sad’. They’re really going to clown this former MMA world champion.

“They’re going to clown the f*** out of him as boxing matchmaking is special, and it takes a while to learn how to hit hard in boxing gloves.

“Jake is the bigger guy too and weight classes matter in boxing. You hit any man in 10-ounce gloves they’re going to feel it.

“I’m sure Tyron hits hard but whoever’s matchmaking Jake’s career is not going to let that happen.”

Advertisement. Scroll to continue reading.
In this article:loveisland, tommyfury, tvshow