Tommy Fury fight time: What time will Fury be making US debut vs Anthony Taylor?
Advertisement 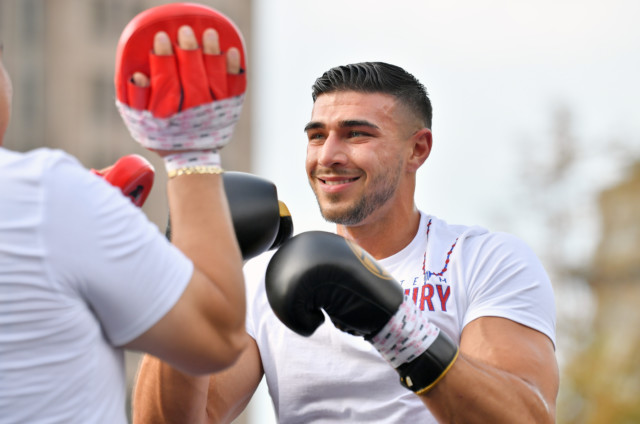 TOMMY FURY is back in action this weekend as he takes on MMA star Anthony Taylor in a boxing bout.

The Mancunian hasn’t been in the ring since a win over Jordan Grant earlier in the summer, but this will be his most-watched outing yet.

Fury takes on rival Jake Paul’s friend and sparring partner Taylor, who has made a name for himself in the world of MMA, albeit at a lower weight division.

But Taylor will jump up to face Fury, who is looking to go 7-0 in his pro career.

What time is Tommy Fury vs Anthony Taylor?

Tommy Fury spoke about a potential Jake Paul clash down the road but said he’d only focussed his training camp on his opponent Taylor.

“Jake Paul doesn’t come into my mind once,” he explained.

“I’ve not thought about him. I don’t think about him.

“The only man I’ve thought about and have been thinking about for this whole training camp is Anthony Taylor.

“Sunday night, I’ll get the job done and whatever else lies ahead, we can think about then.”