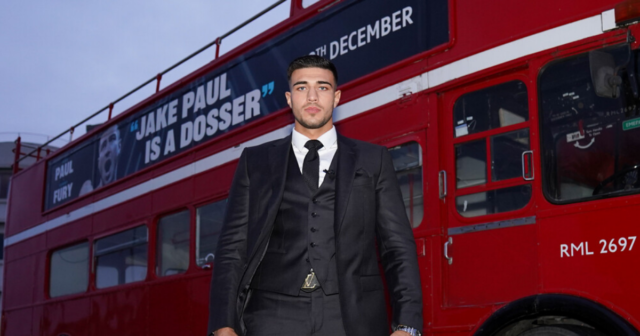 It set up the huge celebrity grudge match which was set for December 18 in Florida.

But Fury this week pulled out with a broken rib and chest infection, while Woodley signed as his replacement.

The ex-UFC champion had been campaigning for a rematch against Paul, and Bisping has a good reason why.

He said on his YouTube channel: “Tyron has been trying to get that rematch and understandably so.

“From what I hear, Tyron Woodley made around $8million for that fight against Jake Paul, so of course he wants to do it again.

“But still, they went with Tommy Fury. Tommy Fury, I thought was a good matchup for Jake Paul, because he’s a boxer, he’s a guy that’s starting off, he’s 7-0 as a boxer.

“Made sense for Jake Paul to be fighting somebody like that, plus with the Fury name, right he’s Tyson Fury’s half brother, so there’s that whole connection there, makes it interesting.”

But his win over eight rounds against ex-UFC champion Woodley, 39, was his biggest to date.

Fury was set to be his first opponent with prior professional experience before the Brit withdrew.

Bisping urged the 2019 Love Island star to reveal proof of his broken rib, which he later did.

And the former UFC middleweight champ admitted with such a serious injury, it would be impossible to fight on.

The American-based Englishman, now a commentator and analyst, was ringside to watch Paul’s points win over Woodley.

And he predicted a repeat result in the short-notice rematch.

Bisping said: “The thing is Tyron’s taking this fight on less than two weeks’ notice. Now, he has been training.

“But there’s a difference between training for a fight properly and absolutely killing yourself to what there is of just ticking over, keeping the engine running.

“So I fear in this fight Tyron Woodley, even with extra incentive, I don’t think we’re gonna see much different. I think Jake Paul is gonna be in better shape.” 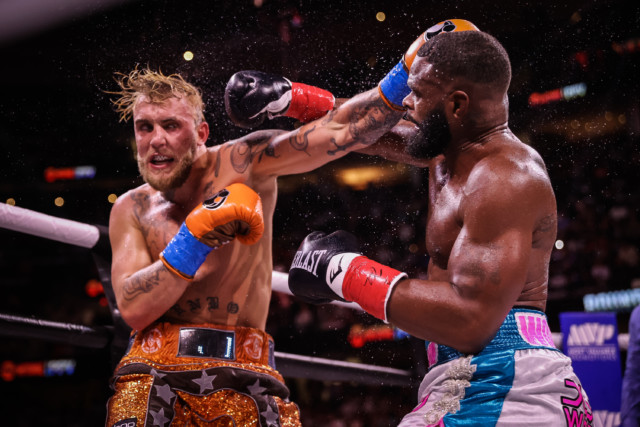