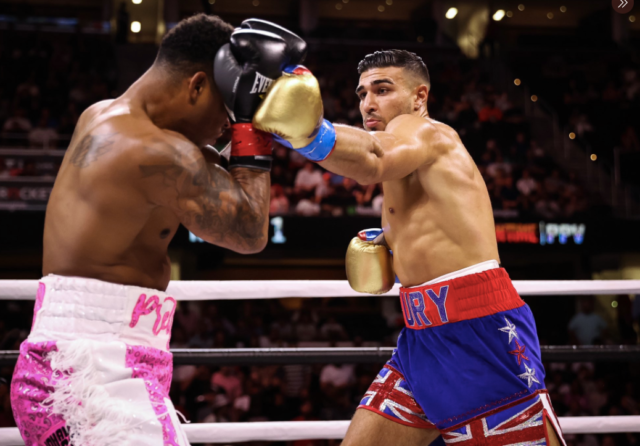 TOMMY FURY told Jake Paul there is ‘no hiding’ from their all-celebrity fight as he called out his online rival.

Fury made his US debut on Paul’s undercard against the YouTuber’s sparring partner Anthony Taylor.

And Taylor, a 7-5 MMA fighter with only one prior boxing bout which he lost, did not provide any real test.

Fury won all four rounds convincingly but was unable to get the knockout thanks to the holding and unorthodox style of his American opponent.

Still the British light-heavyweight moved to 7-0 and used the uneventful display to entice and convince Paul into a grudge match.

Fury said: “Looking at that, Jake Paul, you should have an easy night mate, shouldn’t you?

Fury, 22, already signed a two-fight deal with US powerhouse Showtime before he made his Stateside debut.