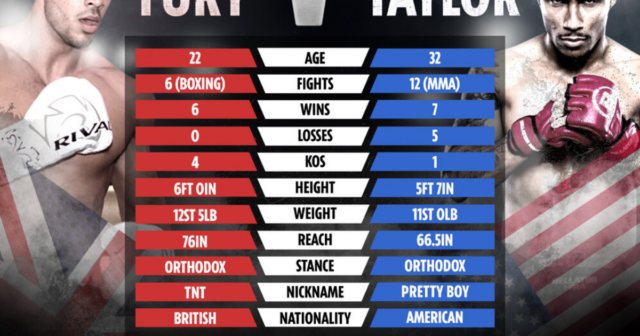 TOMMY FURY could be just one fight away from facing Jake Paul – but first has to beat the YouTuber’s sparring partner.

Fury features on his online rival’s undercard on August 29, which will help build towards a pay-per-view clash between the celebrity pair.

But standing in the Love Island star’s way is MMA fighter Taylor, a sparring partner of Paul’s.

It will mark Fury’s US debut and gives him the perfect chance to send out a message to Paul, who headlines the night against Tyron Woodley.

Here, SunSport runs down how he compares to Taylor.

Fury was born into boxing having grown up watching brother Tyson and cousin Hughie, while being trained by his dad John and uncle Peter.

He quietly learnt his trade in the gym but had a limited amateur career of only ten bouts.

After being a relatively unknown but ever-present part of Tyson’s team, in 2018 Fury turned professional with much fanfare.

But that sky rocketed in the summer of 2019, when he entered ITV’s hit reality TV show Love Island, while 2-0.

After coming runner-up with now-girlfriend Molly-Mae Hague, Fury became a star of his own, well out of Tyson’s shadow.

In the period since, he has improved to 6-0 with signs of promise, but still remains untested having faced only journeymen opponents.

Fury, 22, was taken the distance in his return to the ring in June, but showed glimpses of a smart jab and eye-catching right uppercut.

He will take in not only an experience advantage over Taylor, he is also naturally a STONE heavier, and has a bigger reach.

Taylor, 32, turned pro in MMA six years ago but got off to a rocky start, losing four of his first seven.

That included a submission defeat to Conor McGregor’s protege James Gallagher in 2016.

But recently, Taylor has won his last four on the spin, not losing in three years, and recently beat Nate Diaz’s training partner Chris Avila.

The part-time actor, who even had a career as a STRIPPER before fighting, has boxed just once before, losing by split-decision to Donte Stubbs.

But he made a name for himself earlier in the year after calling out Paul to a sparring session, which was later set up.

And despite bad blood between the two initially, they formed a friendship and continue to train together now.

Taylor has been helping Paul in preparation for his fourth fight, against ex-UFC champion Woodley, 39.

He usually fights at 155lb, but will have to step up all the way to 180lb for his boxing match with Fury. 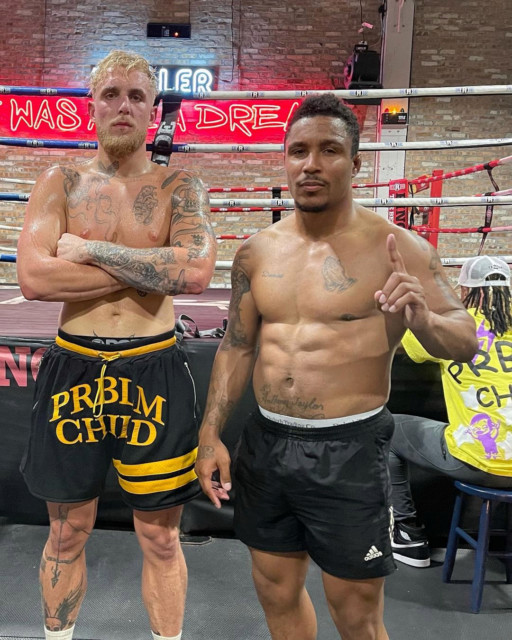