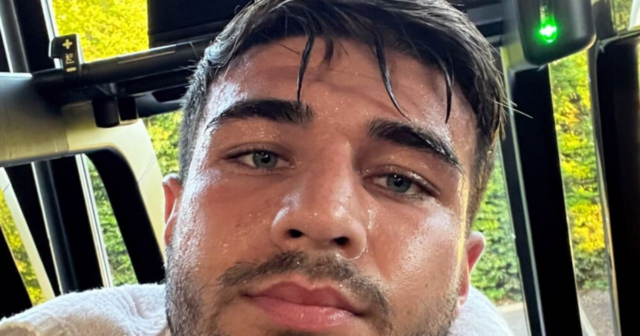 FRANK Warren has revealed that Tommy Fury is yet to sort his US visa to fight Jake Paul – and warned the YouTuber that he’s in for tough night against back-up opponent Hasim Rahman Jr.

Fury lost out on a pay-per-view headliner against Paul for the second time having been unable to travel to America.

And the 2019 Love Island star, who pulled out of the grudge match last year with a broken rib, was unable to resolve the matter in time.

Instead Paul, 25, will face heavyweight Rahman Jr, 31, in a late-notice replacement fight.

Meanwhile Fury, 23, has still not made an appointment with the US embassy regarding his travel ban.

His promoter Warren iFL TV: “He’s not been to the embassy, he’s not had an appointment yet.

“Once it’s done then hopefully we can resurrect the situation with Jake.

“Jake in the meantime has made a fight for the sixth which I think is a tough fight for him.”

Fury has called to reschedule the fight with Paul in a neutral country.

But Anthony Taylor, an ex-opponent of Fury’s and sparring partner of Paul’s, said if Rahman loses, the celeb fight will NEVER happen.

“Hasim is faster, has more power and experience. If Jake wins there will be no Tommy Fury fight.”