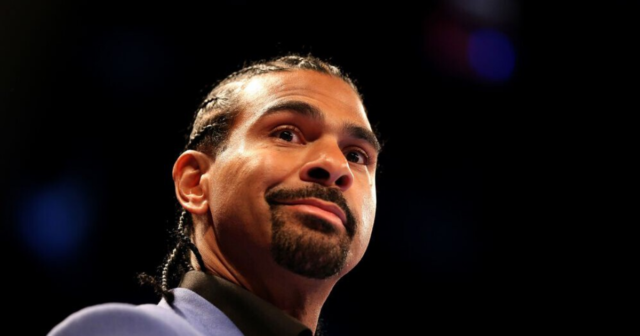 But he will return to the ring on September 11 as part of the Triller undercard for Oscar De La Hoya’s clash with Vitor Belfort.

It has been announced that Haye’s battle against Fournier WILL count on his pro record, which stands at an impressive 28-4.

However, the eight-round duel will set fans back £9.99 if they want to watch it on PPV through FITE TV in the UK, SunSport can confirm.

And headlining the night will be the return of De La Hoya – after 13 years out – with the ex-boxing champion facing MMA star Belfort.

Haye’s opponent and friend Fournier – who fought on Triller in April – helped set up the fight.

And Haye claims he is being paid MORE to face Fournier than he did to fight old foe Bellew.

“It’s more than what I got [paid] for Bellew one. I know, that’s what I’m saying. It’s crazy dough.

“So what am I going to say to that? ‘No, I’m not going to fight Joe Fournier for that?’ What would people think if I didn’t fight him for that?

“What would they think? They’d think, I’ve got something wrong with me.

“I’ve just got to go through the motions and do what I do and let the universe even itself out. And yeah, it’s a good month’s work.”