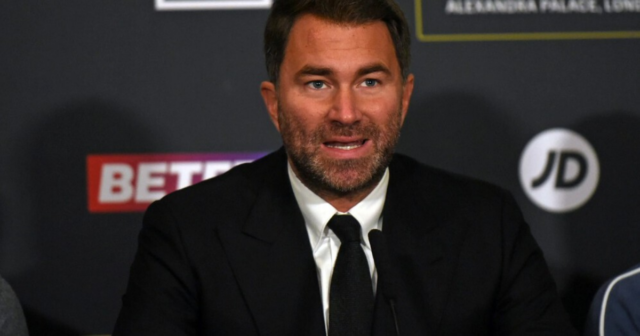 EDDIE HEARN is hoping to agree and announce and undisputed title fight between George Kambosos and Devin Haney.

Kambosos became a star overnight in November after he dethroned Teofimo Lopez of the unified titles.

And it perfectly set him up to face Haney for all the lightweight marbles but the two struggled to finalise a deal.

Ryan Garcia, 23, and Vasiliy Lomachenko, 34, were other names calling to fight Kambosos, putting pressure on Haney to agree terms.

But Hearn claimed a summer showdown remains on the cards with promoter Lou DiBella and DAZN all in talks.

He said: “We’re going to give him every opportunity because we want the fight badly and Devin said that’s the only fight we’re focused on right now.

“June 4th is the proposed date, so we’ve got two or three weeks to make the fight, really.

“At the same time, we want to plan Devin’s fight for December. So, we’re happy to wait until June, provided we get that undisputed fight.

“We’re trying to close that at the moment. DAZN are talking to us and talking to Lou DiBella.

“Hopefully, we’ll get it agreed and announced in due course.”

Kambosos, 28, currently holds the WBA, IBF and WBO belts but only the ‘Franchise’ WBC version.

Haney, 23, has the full famous green and gold strap which is missing from the Australian’s collection.

The unbeaten American, once mentored by Floyd Mayweather, admitted Kambosos is the sole fight on his mind right now.

“That’s the fight that should be made for the real undisputed and we’re not focused on nobody else.” 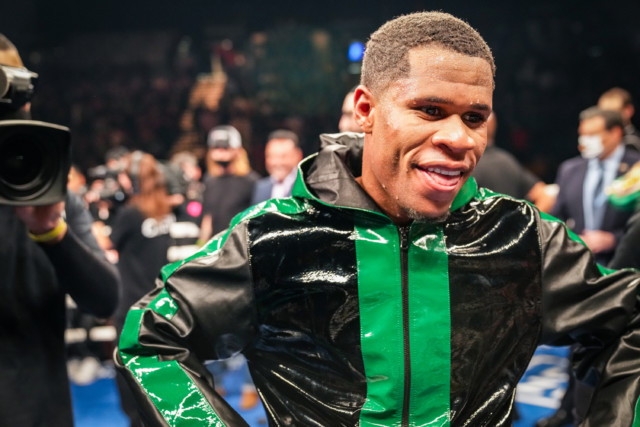 Devin Haney is in talks to fight George Kambosos in June

Did you miss our previous article…
https://www.sportingexcitement.com/boxing/tyson-fury-vs-dillian-whyte-wont-be-scored-by-british-judges-after-jack-catterall-is-robbed-of-win-over-josh-taylor/