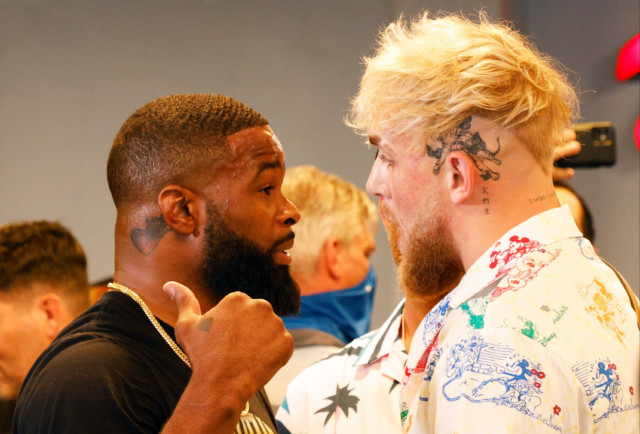 TYRON WOODLEY admitted he does not want to knockout Jake Paul ‘too bad’ – as he wants to ‘rob the bank twice’ with a rematch.

Woodley is confident in knocking out the social media star, but wants to keep hopes of a second fight alive so he doubles his money.

Advertisement. Scroll to continue reading.
In this article:socialmedia, thebank, toobad