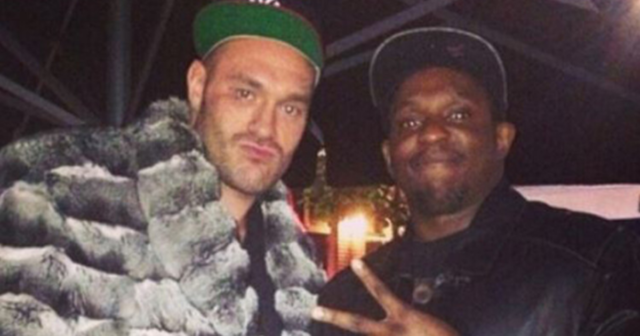 The challenger is set to face his British rival and WBC heavyweight champ early this spring – if money issues can be ironed out.

Fury is undefeated in his professional career and scored a stunning knock-out victory over Deontay Wilder on his last trip to the ring.

But British youngster Dubois says Whyte’s punching power gives him a chance of staging an upset.

He told the Lowdown: “Surely Dillian’s got a puncher’s chance. Definitely, he’s got a chance.

“He’s worked his way up to the position to challenge.

“I think Fury wins, though. I feel he soaks up punishment and carries on, doesn’t he?

“He’s got a heart, he’s really got a heart and can really fight, but Dillian has got a chance.”

Whyte is currently battling the WBC in court as he tries to get the 80-20 purse split for the fight boosted.

The 33-year-old has been offered the minimal purse percentage despite his status as interim champion and mandatory challenger.

The Body Snatcher’s team, including promoter Eddie Hearn, are furious with the WBC’s decision and have launched another arbitration against them.

And Hearn expects that to stop the purse bids that were scheduled for Mexico City on January 11 – now delayed by a week.

Fury’s UK promoter Frank Warren has revealed the Gypsy King has decided to fight again on March 26 – with or without his belt – and claimed Whyte has to decide soon if he wants to be his date.