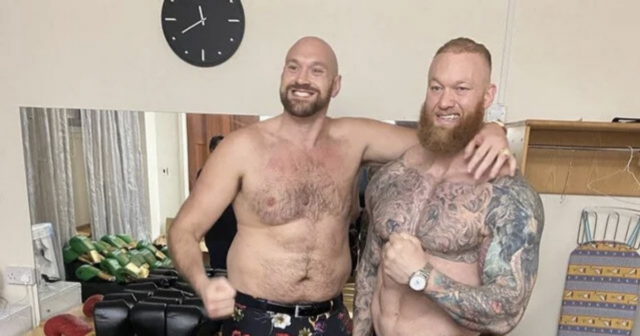 TYSON FURY and dad John have taken the mickey out of Game of Thrones star Hafthor Bjornsson – by wearing Viking hats in Iceland.

The Gypsy King has been going back and forth with the TV star for the last couple of weeks with a view to fighting him later this year. 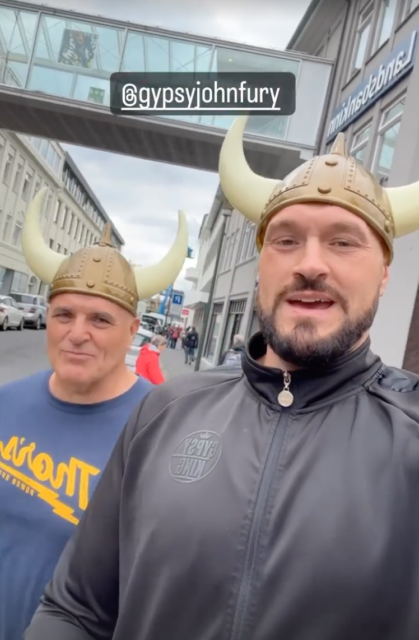 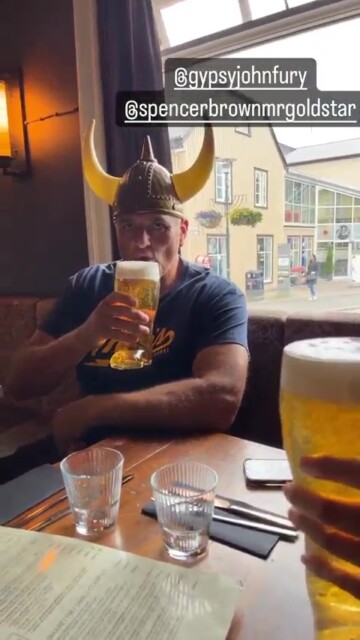 And The WBC heavyweight champion took to Instagram once again on Thursday to taunt the man-mountain – revealing he’d arrived in the actor’s native Iceland.

Fury posted a video of himself arriving at Keflavík Airport to his Instagram story, in which he said: “You know where we are, guys. Iceland.

“And you know what we’re doing here – we’re looking for Thor. Come out and fight like a man.”

Fury, 33, then turned up outside of Bjornsson‘s gym but soon found out the former World’s Strongest Man wasn’t present.

He said: “So we came to Iceland to fight Thor. He’s not here.

“So now, Thor, if you want any smoke with the Gypsy King, you’re going to have to come to Morecambe Bay and find me on a pilgrimage.

The former unified heavyweight champion then posted a clip of himself donning a traditional Viking helmet inside a shop.

He said: “Thor, considering you’re not here, you’ve left Iceland to me. I am the new Viking. I own this place now, it’s mine.”

In his next story update, Fury showed that dad John had also got in on the act, saying: “So dad, we’re the new Vikings around here, aren’t we?”

John replied: “We’ve run them out of town. Haven’t we, son?”

Tyson then said: “We’ve come out here, Thor flies away so we took over the joint.”

A fired-up John then said: “We’re in Iceland and we can’t get a fight. Walking around with these hats on.”

Fury ended his updates with a clip of John and Gold Star Promotions chief Spencer Brown about to tuck into some pints.

Fury announced his retirement from boxing in April after his brutal KO of Dillian Whyte but recently revealed he was in talks to face Bjornsson at the London Stadium this November.

He told The Daily Telegraph: “It would be a bit of fun.

“It would be great to get in there in front of, say, 70,000 fans and show him what boxing is all about, make him miss, and knock him out.

“We are talking to his team at the moment and it is definitely something I’m interested in.”