‘Tyson Fury beats Anthony Joshua in EVERY department’ – Warren opens door to superfight.. but there’d only be one winner
Advertisement 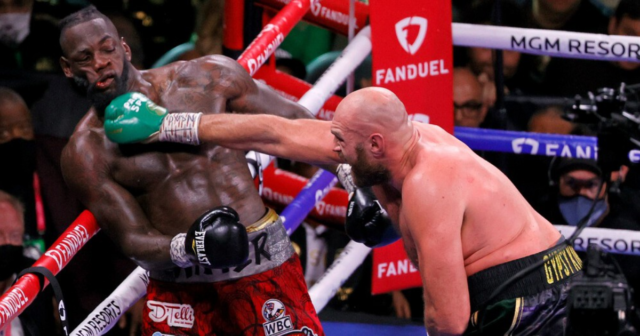 TYSON FURY beats Anthony Joshua ‘in every department’ according to the Gypsy King’s promoter Frank Warren.

The prospect of the two ever fighting took a major hit a few weeks back when Joshua was easily outpointed by Oleksandr Usyk.

That saw the Watford brawler lose his WBA, WBO and IBF heavyweight belts to the Ukrainian.

Then at the weekend, Fury sensationally KO’d Deontay Wilder in their trilogy scrap to successfully defend his WBC strap.

The two Brits seem at very different points in their career, but Warren has refused to rule out the two fighting.

However, he doesn’t think it would end very well for AJ.

Speaking to talkSPORT, the 69-year-old said: “Tyson always felt, and I think anybody who watched the fight against Wilder would agree, that he had AJ’s number.

“For me, he beats him in every department. He’s got a great chin, a bigger heart, he punches as hard as AJ – I don’t care what anyone says, look at those knockdowns against Wilder.

“And, by the way, would AJ beat Wilder? I don’t think he would have done, on that performance I saw.

“But does he [Fury] want the fight still? If it’s there and if it was to happen, that’s a choice he’ll make.

“I still think it would be a massive draw, everybody has got an opinion about what would happen in that fight, but for me there’s only one winner there.”

Joshua will attempt a revenge mission after instructing his promoter Eddie Hern to thrash out terms for the Usyk rematch.

The 31-year-old was easily outboxed by the former cruiserweight king in front of 65,000 fans at the Tottenham Hotspur Stadium on September 25.

But Warren has urged AJ to consider stepping aside to let Fury go toe-to-toe with Usyk for all the belts.

He added: “If AJ was to step aside and let us get the Usyk fight on, maybe he could fight the winner?

“Usyk has got a rematch clause with AJ, that’s no secret. If AJ wants to step aside then I’m sure we can easily make that fight, but will he step aside? I doubt it! Maybe he will, I don’t know.” 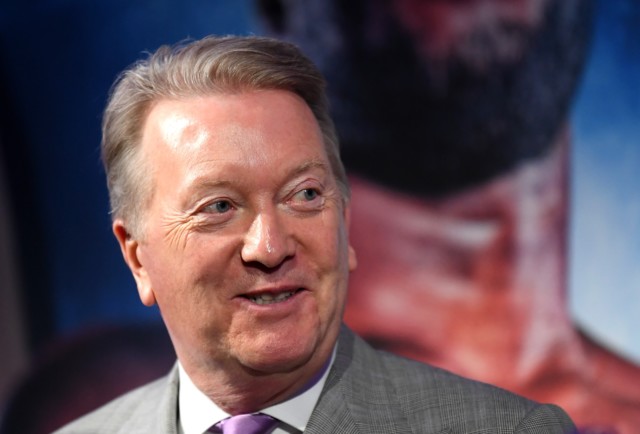