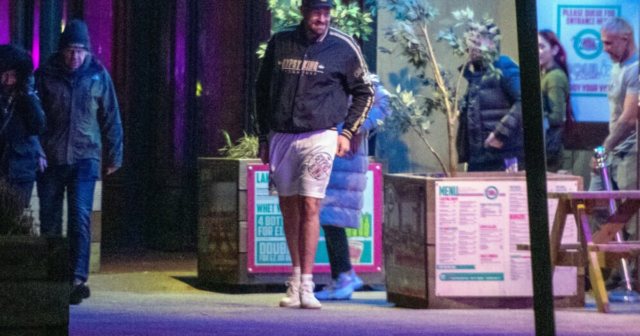 TYSON FURY was all smiles as he was spotted leaving a bowling alley last night after finally appearing to have confirmed his next fight.

The WBC champion braved the stormy weather in Morecambe as he left the establishment in a pair of shorts. 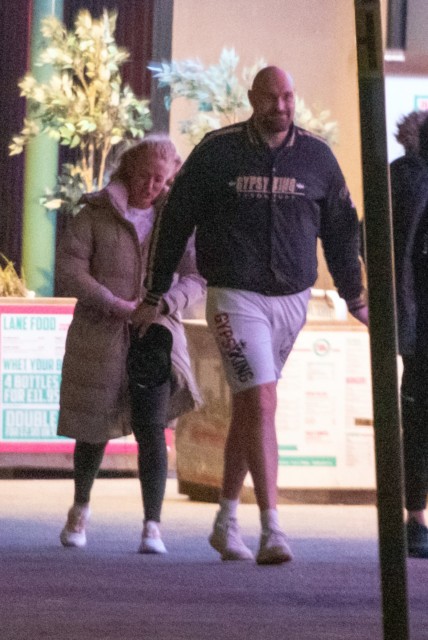 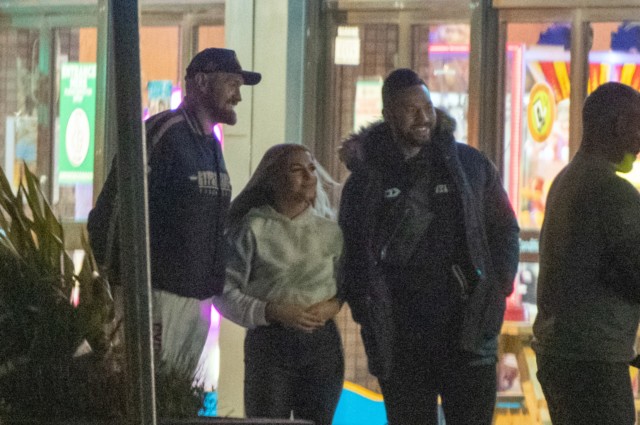 And just in case anyone failed to recognise the 6ft 9in boxer, 33, he was decked out in all of his own merchandise.

Fury had a zip up tracky top on with the words ‘Gypsy King’ on the front of it and a cap as he walked back for his lift home alongside his wife Paris and some friends.

Despite his frustration at the hold up over his next opponent, which led to a furious rant at Anthony Joshua yesterday, he was only too happy to pose for a snap for some fans.

And now we maybe know why the heavyweight was in such a good mood as he told Dillian Whyte earlier that he has finally got his WBC world title shot.

But the undefeated ace wanted Whyte to accept around £5million to step aside and let him fight WBA, IBF and WBO boss Oleksandr Usyk.

The Ukraine sensation is contractually obliged to rematch Anthony Joshua but AJ was considering a similar deal in the region of £15m to let Fury vs Usyk happen – in Saudi Arabia – IF he was guaranteed a lucrative shot at the eventual winner and holder of all four belts.

After four delayed purse bids for the Fury vs Whyte clash – the final auction is now scheduled for Mexico City on Friday – Fury suggested the negotiations were over and Whyte had finally got his shot. 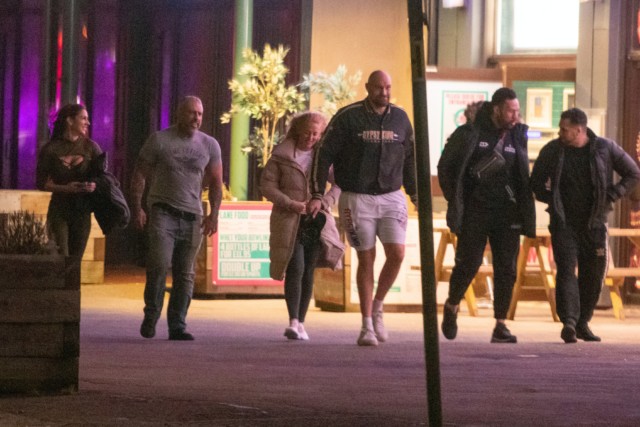 The Fury family and friends enjoyed their bowling night as he finally looks set to confirm his next fight Dillian Whyte is set to get his long-awaited WBC Title shot against the Gypsy King
In this article:allsmiles, hewas, tysonfury