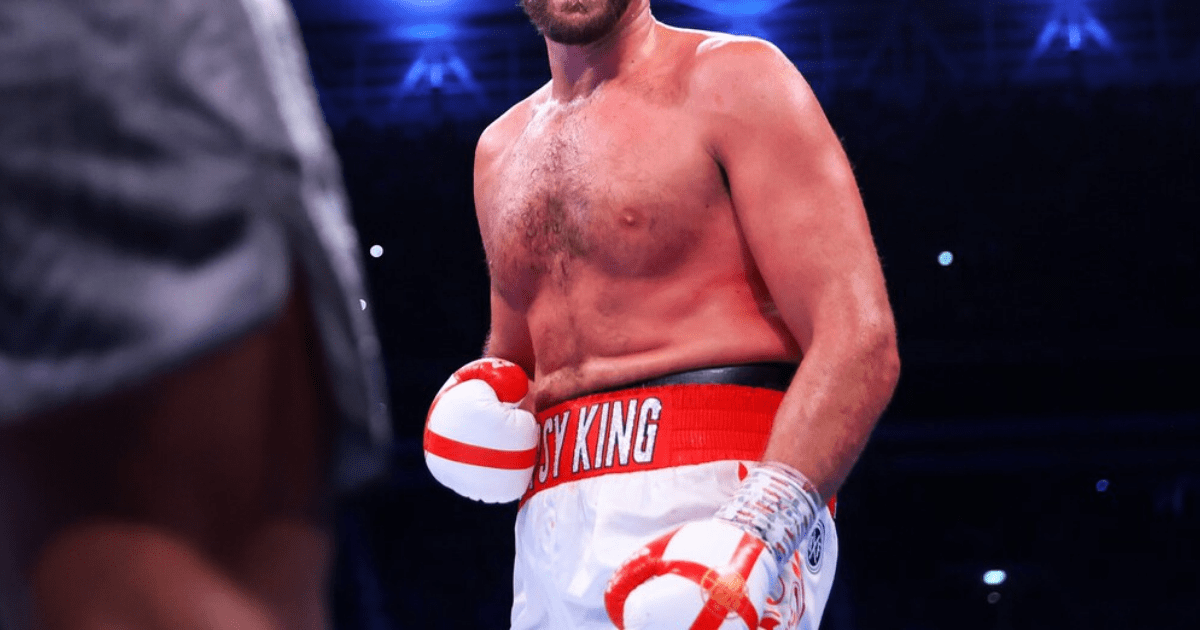 TYSON FURY has once again quashed any hope of an Anthony Joshua clash, insisting he will now fight twice on the same night instead.

The Gypsy King claimed on Monday that a clash with AJ was dead in the water after his own self-imposed deadline was not met.

Fury has now claimed a fight with Joshua could still happen

Fury then insisted he was planning to take on Charr on the proposed date of December 3 at the Principality Stadium in Cardiff.

Hopes of an all-British showdown were then reignited by Fury’s lengthy video on social media on Thursday in which he revealed talks with Joshua’s representatives were still very much alive and that AJ had 24 hours to sign the contract.

But after Joshua’s promoter Eddie Hearn insisted it was not possible to have it signed today, Fury once again called off talks and claimed he will take on Mahmoud Charr AND another boxer on the same night.

Speaking on Twitter, he said: Just been doing a little bit of brainstorming. December 3rd is coming – Mahmoud Charr is agreed.

“Why don’t I fight two people on the same night? Mahmoud Charr and somebody else? That would be pretty damn awesome.

“I’d probably be the first WBC heavyweight champion to have two fights in one night and that is a guaranteed fact. What do you think? What are we saying?”

Fury also claimed Joshua had “ducked” the fight with him, just hours after releasing a lengthy video revealing negotiations were ongoing.

He said: “Right, Anthony Joshua, where do we start?

“So, the deadline was Monday. Frank Warren asked me and convinced me to let it carry on for a couple of days – and today’s Thursday.

“And even though I knew you weren’t going to sign this contract, I allowed Frank to continue doing meetings with your team and your broadcasters and all that.

“Now we have BT, DAZN and ESPN all on the same page. They are happy with everything. They are ready to rock and roll.

“You guys asked for a lot of stuff. You want to be co-promoters when you’re a voluntary challenger. Guess what? I said ‘give it them’.

“You wanted full transparency even though you’re not an equal shareholder in this party. Do you know what I said? ‘Give them full transparency’. I’ve got nothing to hide, I’m not trying to rob anybody.”

He continued: “So now you’ve got full transparency, everything is clean and fair.

“Now Joshua, the ball is really in your court, son. Everybody is done. If you’re a man, and if you’ve got any dignity or pride about you, you’ll get this contract signed today.

“This is it. There’s no more days, weeks, months. You’ve had the contract now for over two weeks and you still haven’t signed it.

“Show the public that you’re really the big coward that I know you are and don’t sign it. I don’t care either way if you sign it or you don’t – it makes no difference to me at all.

“You’re a beaten man and I’m a world champion. I’m chucking you a massive bone, but I know I can punch your face in so I’m willing to give you an opportunity.

“There’s nothing more to do. Everyone is happy. Get your team onto mine. They will be available all day like they’ve been available the last two weeks.

“Get this contract signed today, you big p**** and let the British fans have what they want.

“There’s no more running, you have to fight me. You cannot escape. The Fury is coming, b****.”

Following the video, Hearn responded by saying they still have two weeks to agree a December 3 fight.

He said: “At midnight on Wednesday I spoke to Frank’s son George Warren and it was positive again but then Tyson put out another video. It’s baffling.

“I think the fight can get made but everything has not been agreed, there have just been positive talks.

“We don’t need a massive promotional tour, the fight sells out in 10 seconds. We have two weeks to do this fight.”

Fury and Joshua have been linked with a fight for several years, but it has never materialised.

They came close to fighting last year before Deontay Wilder won an arbitration case to face Fury for a third time – scuppering the signed bout between the two Brits.

Since then, Fury has beaten Wilder and Dillian Whyte, while Joshua has lost twice to Oleksandr Usyk.

Mittens can be used for hitting the fist with your fist. Fingerless mitt glove are for striking the index finger with the knuckle. Boxing gloves with full-fingering are designed for punching with your entire fist.

For strength improvement, weight lifting is an essential part of your fitness routine. There are some things you need to remember when lifting weights. You should not overdo it. Second, try to lift heavier weights every other day. Third, repeat each exercise eight times. Fourth, allow for 2 minutes rest between sets. Fifth, complete all exercises using no momentum. And finally, focus on form rather than speed.

Always defend your head when you’re being attacked. It is your goal to not get punched. To do so, you need to know how to block an incoming punch. Here’s the way to do it.

So, if you want to practice boxing without a partner, you can simply watch professional boxing matches on TV. A local amateur boxing association is also available. Amateur boxing groups often have regular training sessions. These sessions typically include sparring partners that hit pads together.

Boxing is a sport that improves self confidence and physical fitness. Boxing is a popular sport. It requires speed, strength, agility, stamina and coordination.

There are many types of boxing training programs. Some are held at health clubs or gyms, while others can be done at home. Online courses allow you to learn from anywhere in the globe.

Advanced programs generally last around six months and cost approximately $300. They can include nutrition advice, stretching routines, warm up exercises, and instructions on proper technique. In addition, some programs incorporate resistance training (such as lifting weights) and aerobic conditioning (such as running).

Advertisement. Scroll to continue reading.
In this article:anthonyjoshua, inone, tysonfury